Nanyang campus, situated in the wast part of Singapore is the place we are going to stay for the next three weeks. More to the west, there is nothing else than rainforest which is at the same time a military area, closed for visitors and border of the country. The NTU campus is quite isolated from the city so we are in the middle of big, green area :p Very similar to Golm in Potsdam, where we were working the last 4 years, you need to take a bus to get anywhere. Luckily, it is only a 20 minute ride to Boon Lay MRT station which is the starting point of our sightseeing trips. It took us almost 1h in total to get to Marina Bay, the most famous part of the city. After leaving MRT station (Raffles Place) we were immediately surrounded by many skyscrappers. 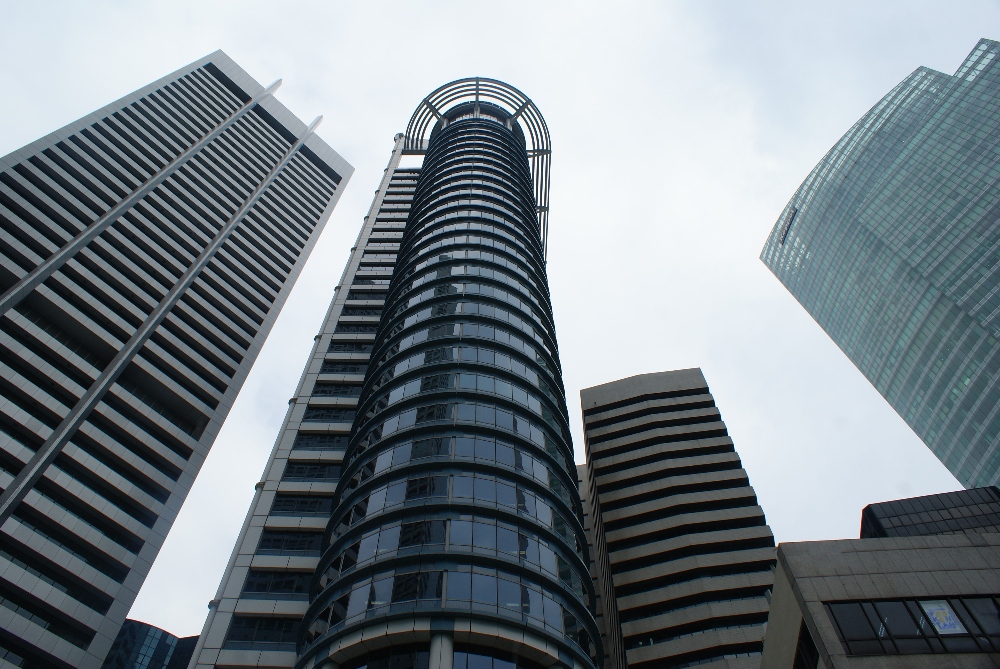 We decided to walk towards Victoria Theatre and Concert Hall, passing a few interesting sculptures. One of them, called “First generation” particularly attracted my attention. It symbolises that river banks are the places were kids used to play in a past. 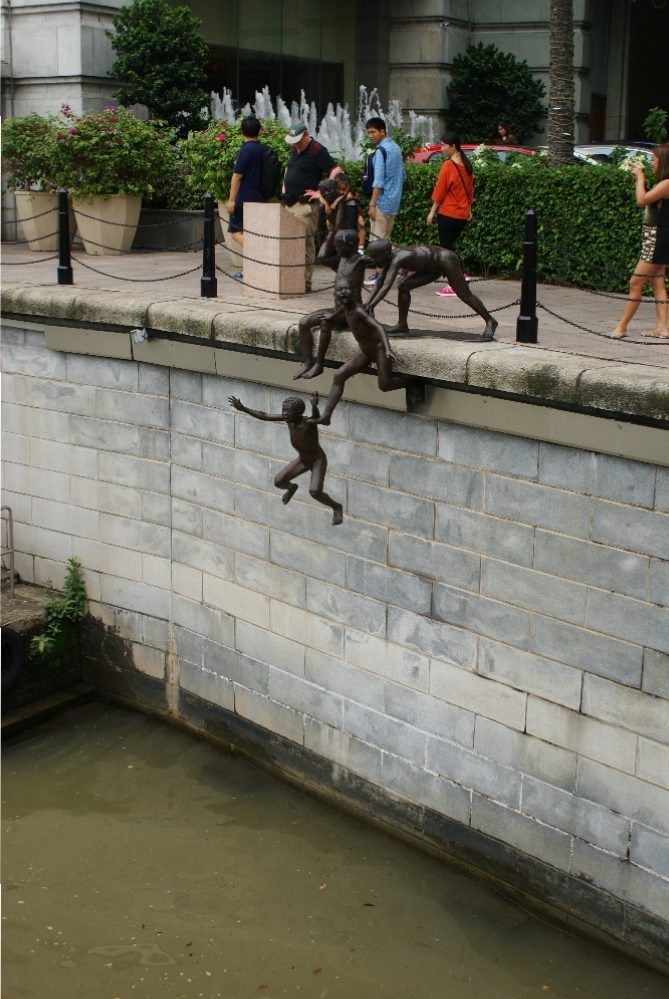 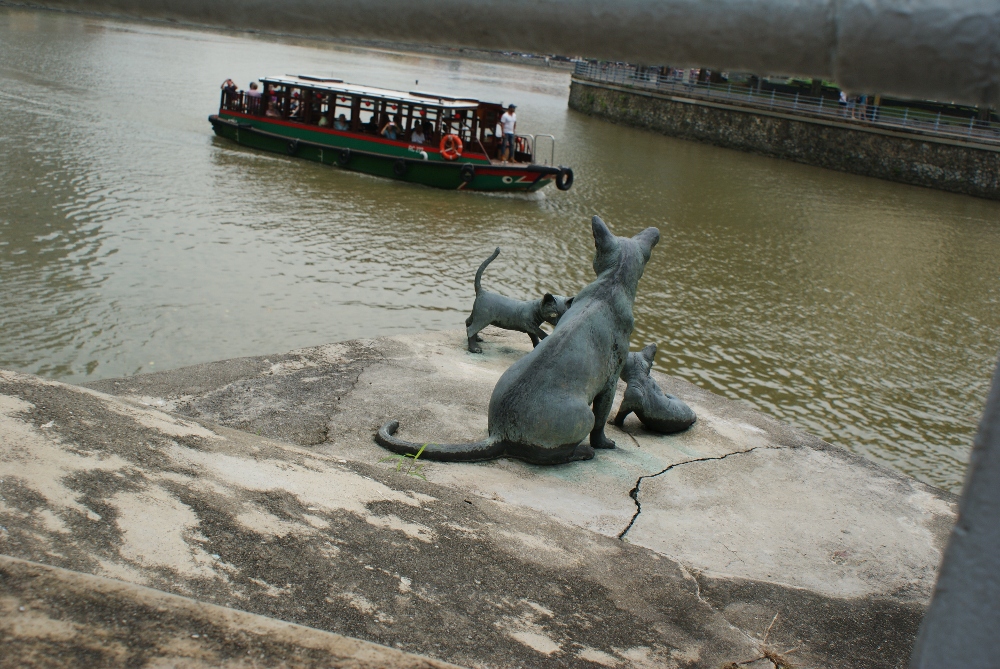 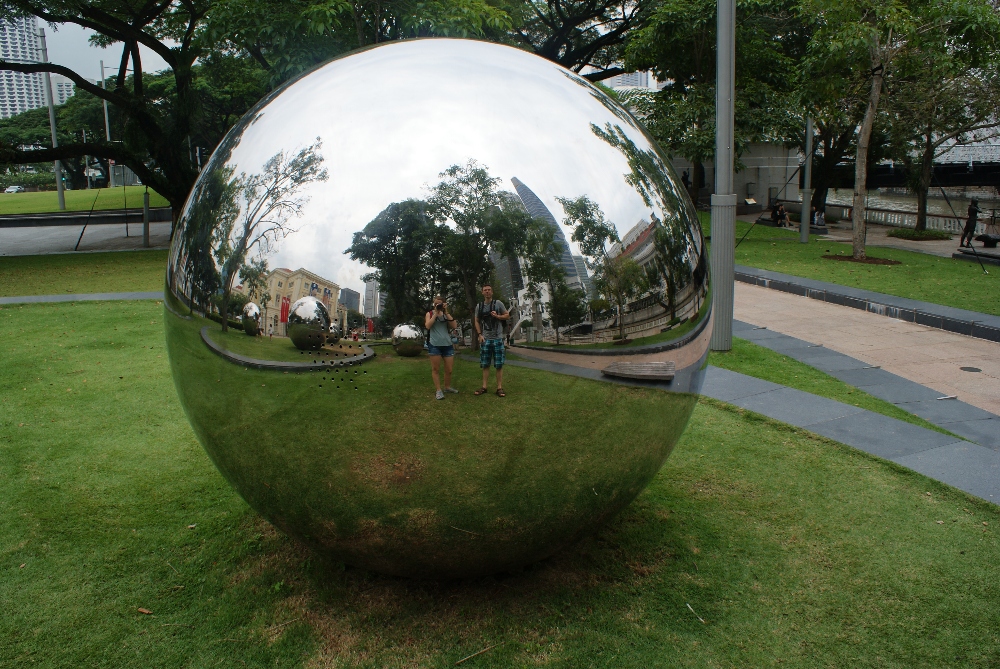 Merlion Park was our first stop, an almost 9m tall statue with a lion’s head and fish-like body represents Singapore as a both the “Lion City” and a “Sea town”. Located by the Singapore river with a beautiful view on the famous Sands Sky Park with its unique ship-like top roof in front, Esplanade Theaters on the left and overwhelming skyscrapers in the back. 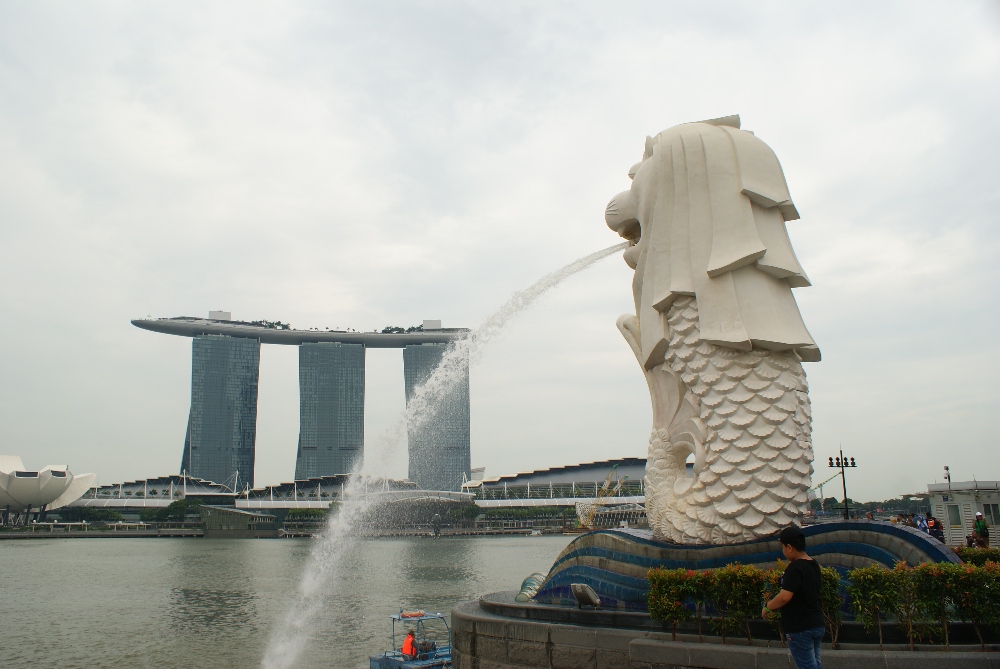 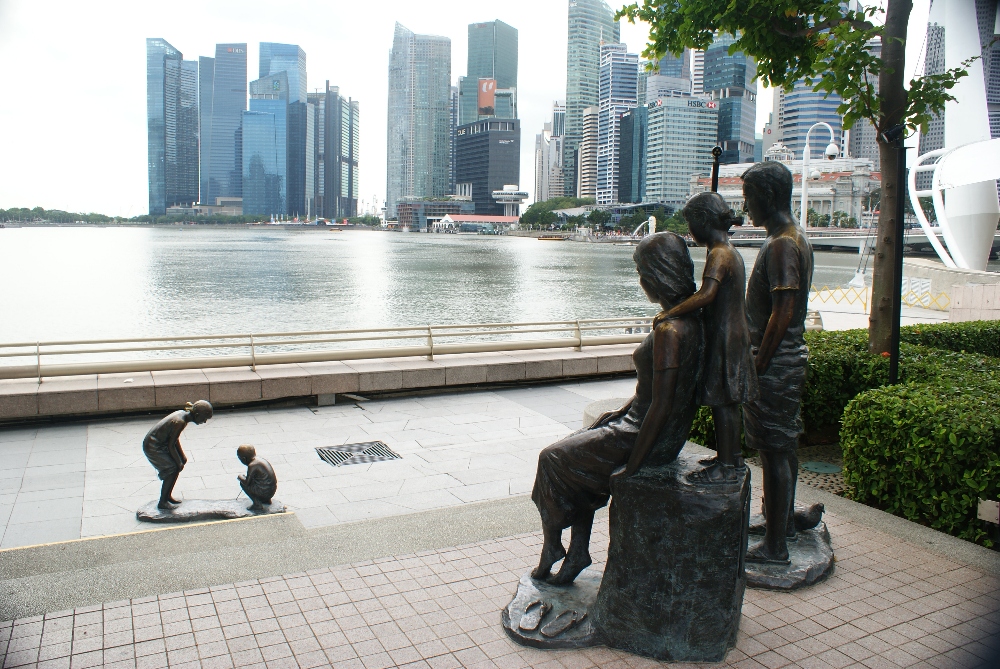 Next, we took pleasant walk towards Marina Bay and Gardens hidden behind. We passed by a shopping centre (The Shoppes) to grab ice coffee and cool down in air-conditioned mall :) As we walked through the shopping center, the small river with a rafts on it, suddenly appeared, creating atmosphere of Venice. You can expected everything in Singapore, it was definitely not the last time I gave a gasp “wow!” during this trip. 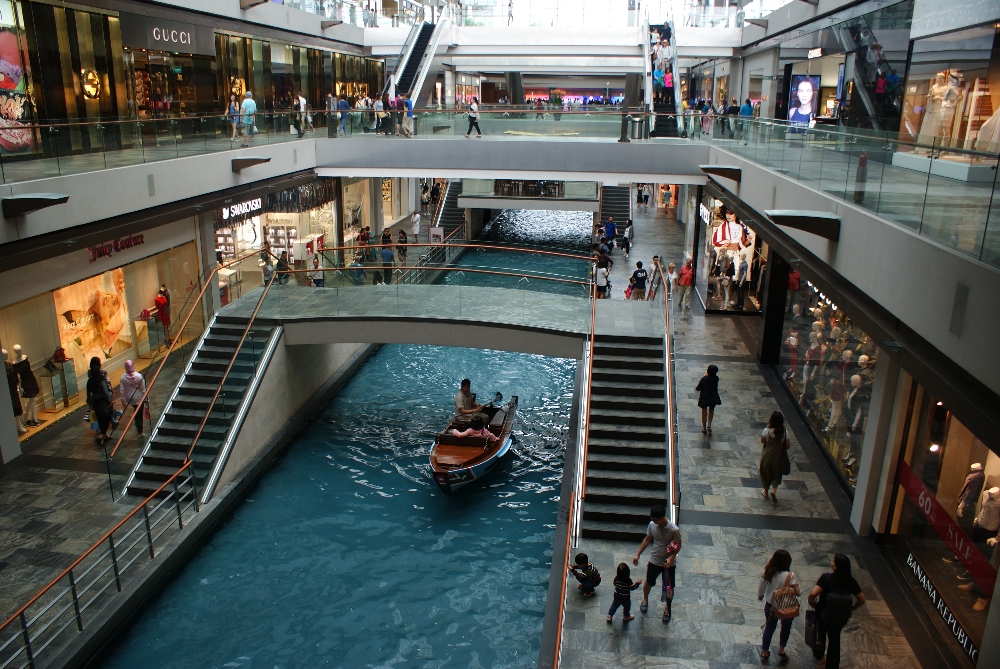 Gardens by the Bay are open to visitors without any admission fee. However we decided to buy extra tickets and visit two cooled conservatories: Flower Dome and Cloud Forest. Actually I was freezing inside! I didn’t expect it from greenhouses with tropical rainforest plants ;) There were still Christmas decorations inside Flower Dome and wooden sculptures of figures from Alice in Wonderland, nicely incorporated between the plants. 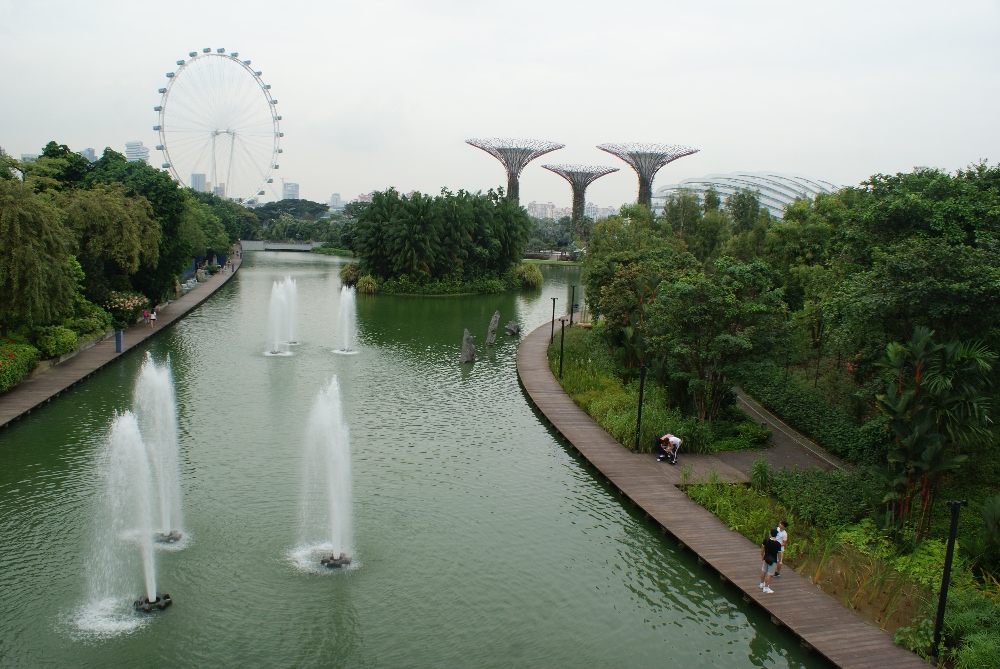 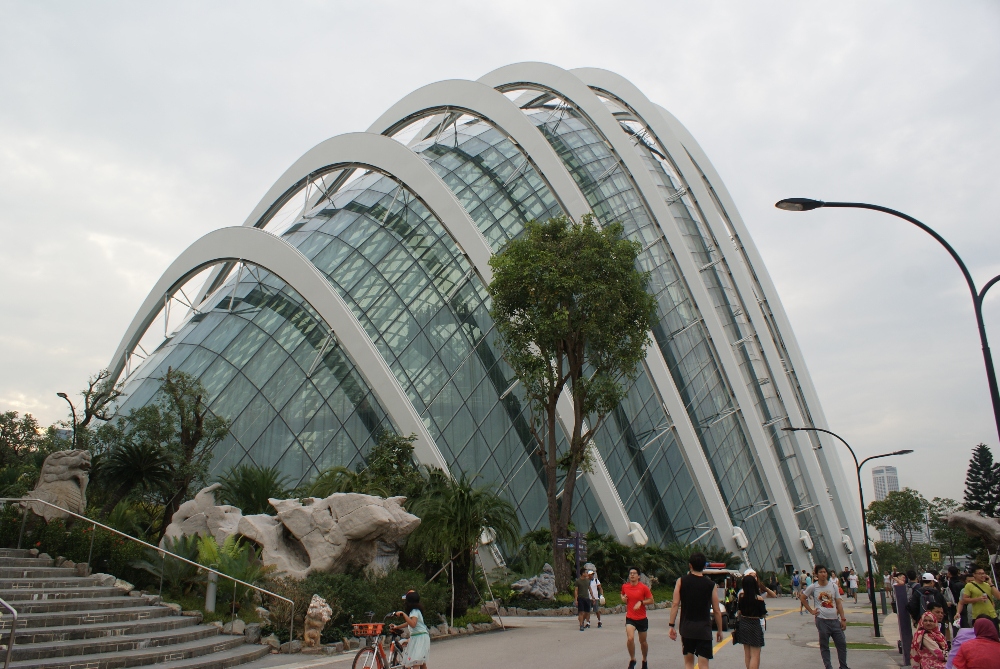 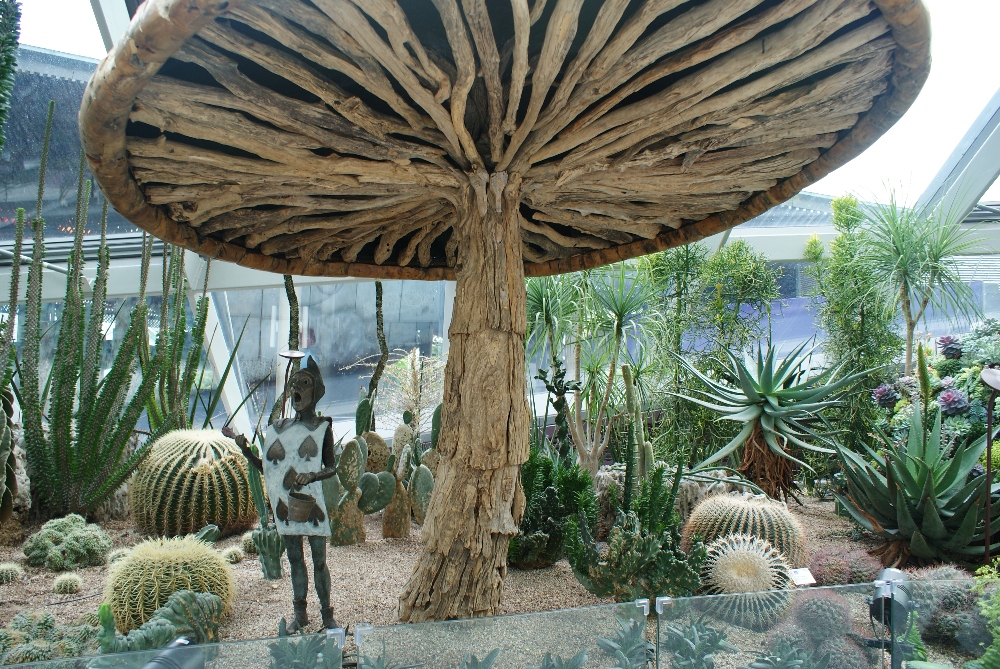 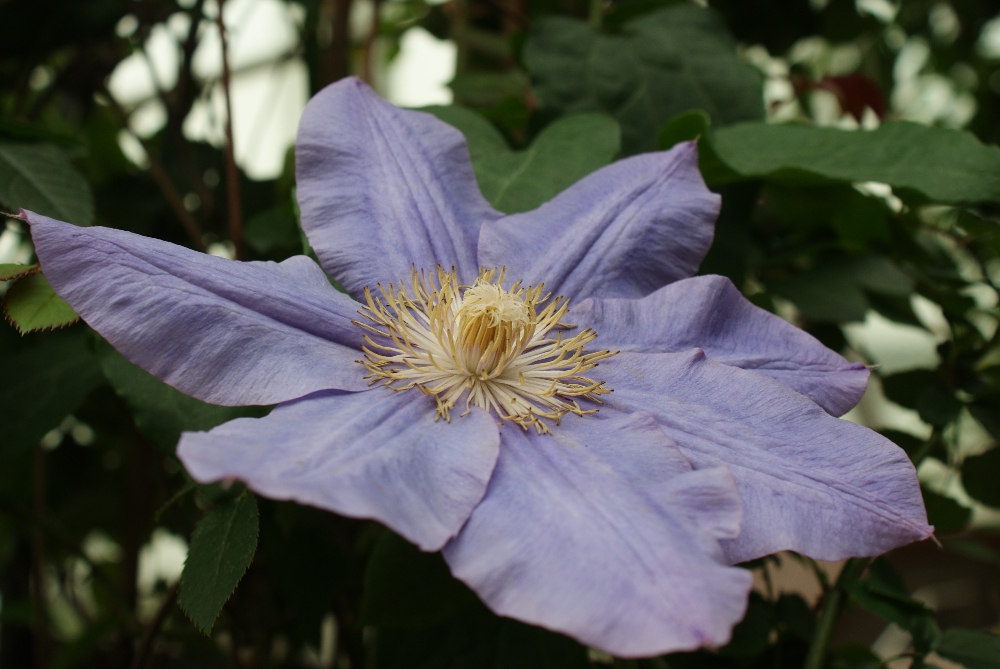 The second conservatory, Cloud Forest has really amazing construction inside! World’s tallest indoor waterfall at 35 meters was the first highlight of this place. Next, we experienced wonderful Cloud Walk and Tree Top Walk with mist surrounding us! Being so high, among rare plants from tropical regions was a fantastic experience! :D Both conservatories run on sustainable energy, produces mostly from biomass (twigs, branches) collected on the streets and from parks. The by-product of this process, ash, is mixed with soil acting as a rich, organic fertilizer. 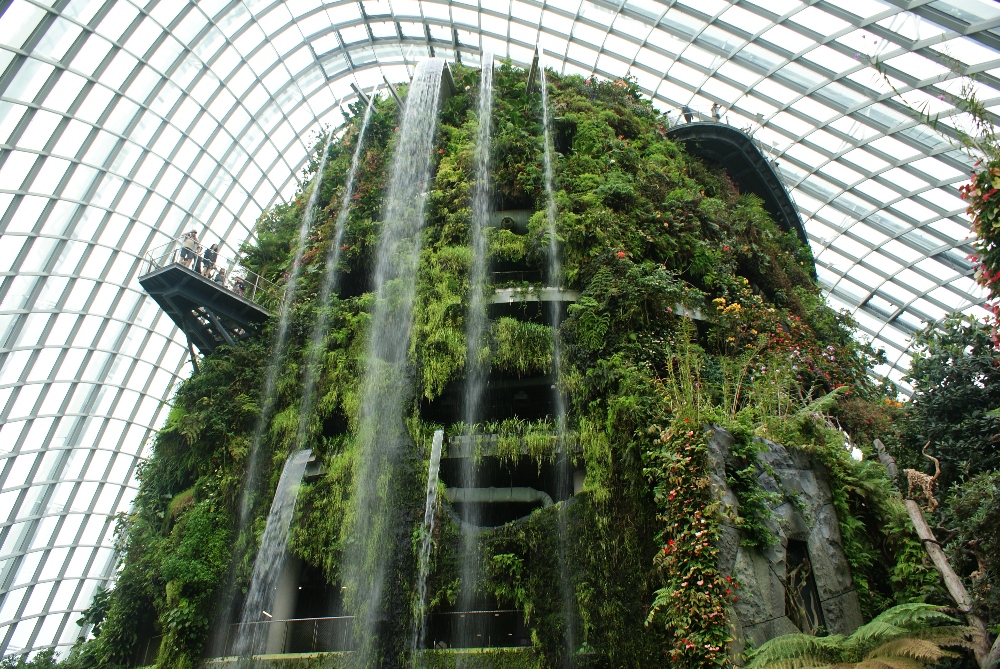 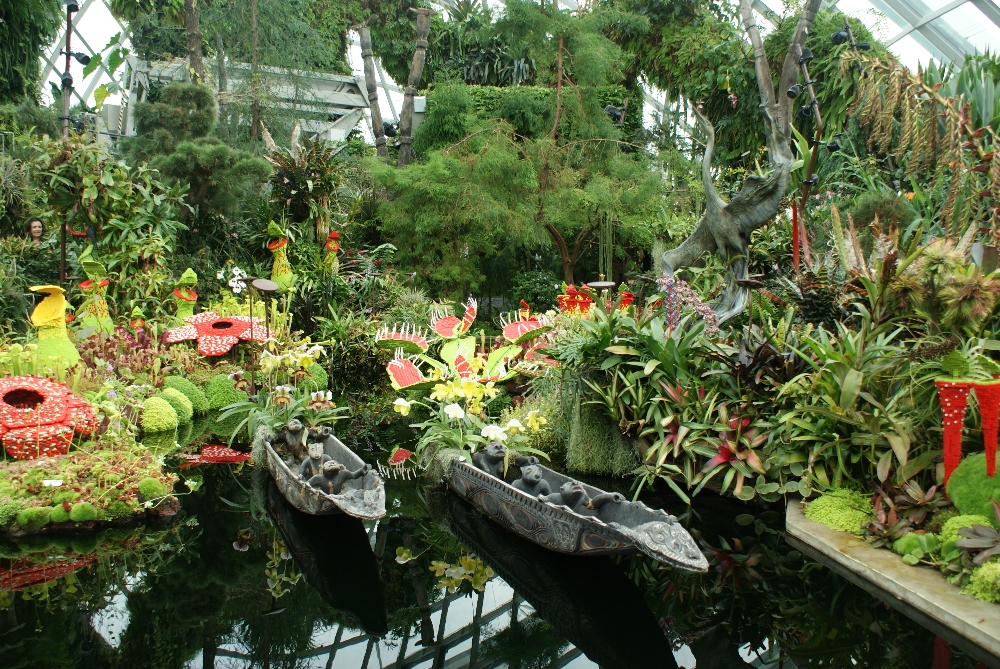 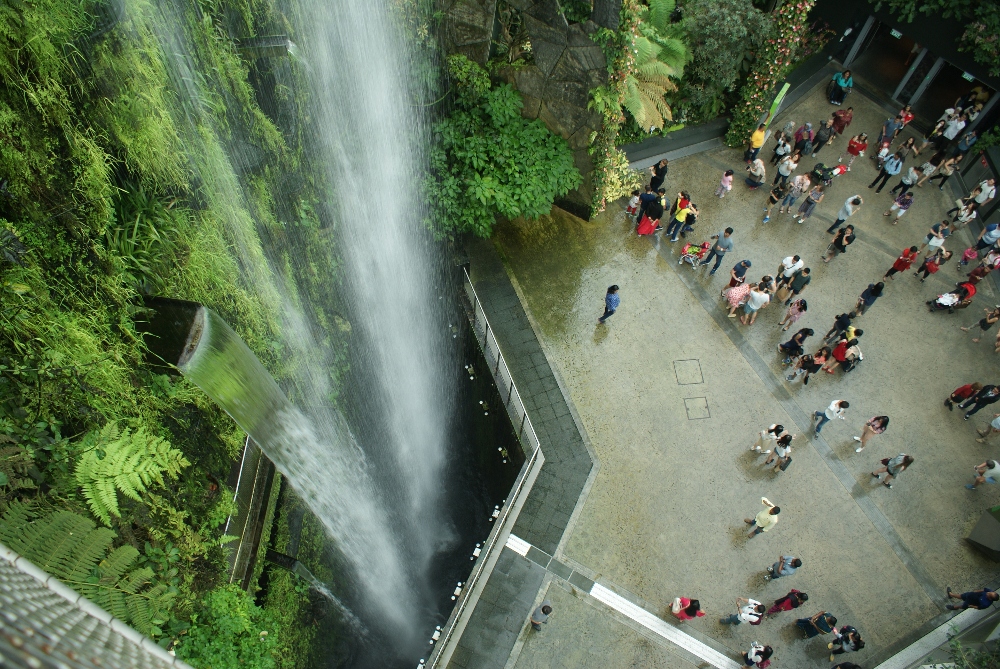 Later, we met a family of otters, fooling around in one of the ponds of Gardens by the Bay. There was also a huge lizard, not very active but big enough to attract attention. Of course people gathered around the animals to take photos and movies. Good that, I had my long-focus camera lens so I could keep a distance and not disturb them. 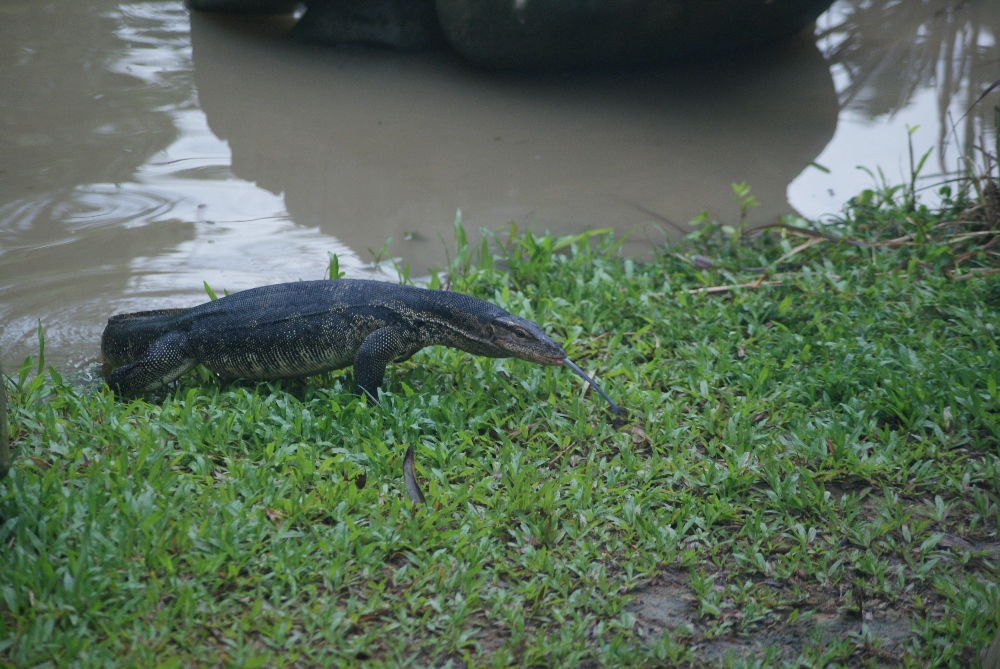 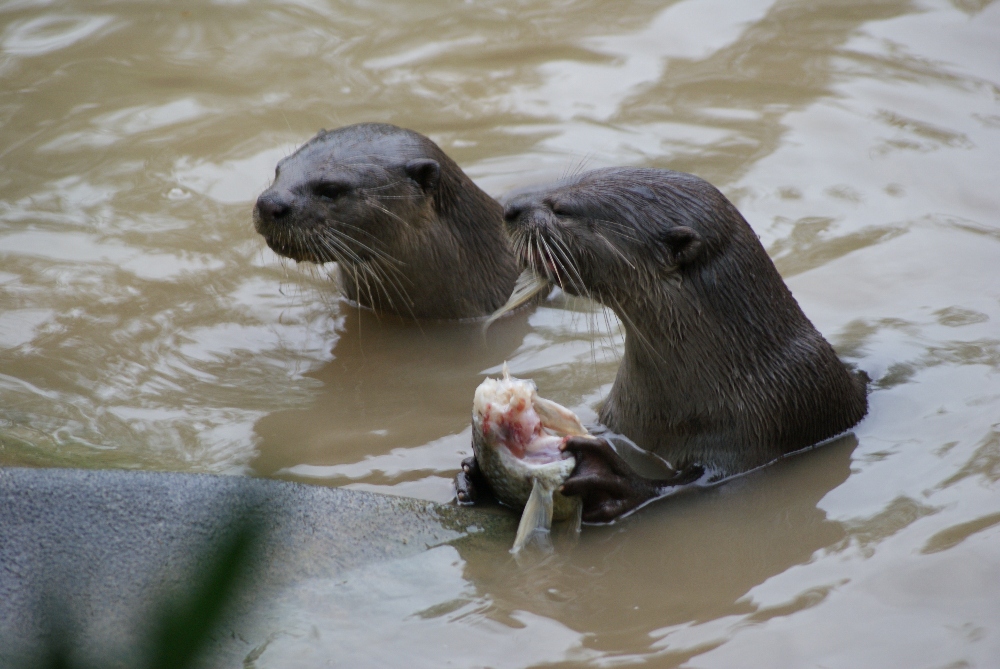 After sunset we enjoyed a 15 minutes long light and sound show (the theme was “a trip through Asia”) near Supertree Grove, a group of 12 tree-like vertical gardend, 25-50 m tall. There are in total 18 Supertrees in the garden and two of the them are connected by a walkway where is possible to enjoy 22 metre high and 128 metre long Skywalk. The illuminated trees looked incredible, I wish the show would have lasted longer! 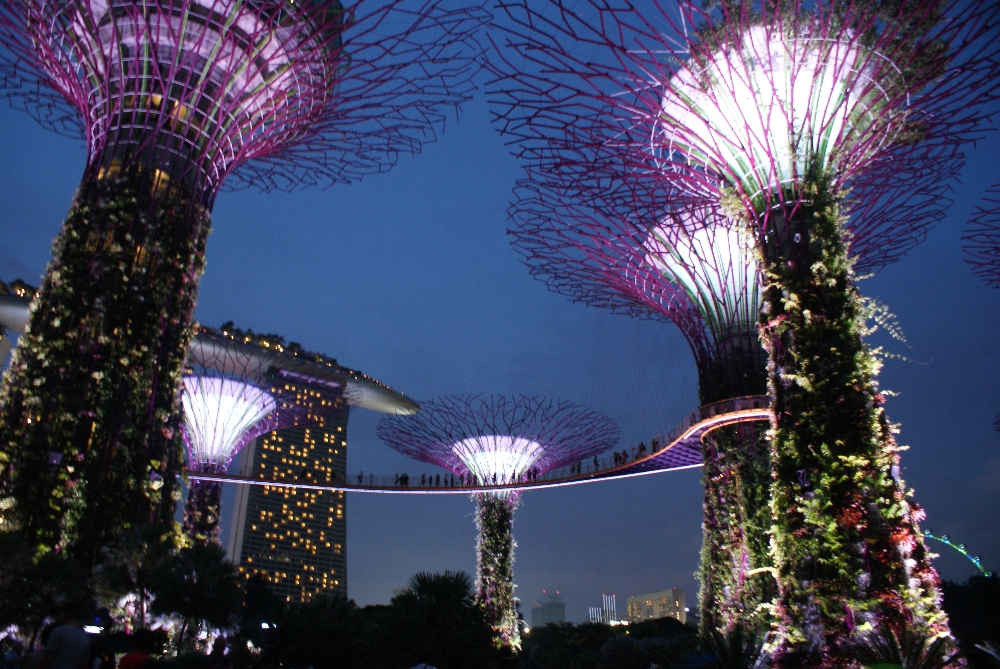