After hiking to Monte Resegone, a day trip around the Como lake by ferry, it was finally time for another hike, this time to Monte Coltignone. It was supposed to be tough and it certainly was. Three kilometers and 1000m altitude gain, this can’t be good :) First we took a bus to Laorca (more details in the section practical info) where we started the hike. You can reach the peak by two trails: one passing Medale and one, easier but longer route, which is also the most popular. We don’t like to walk the same way up and down the peak and obviously I wanted to scramble a bit more and that was guaranteed by choosing the first option, Santiero G.E.R trail (number 59). 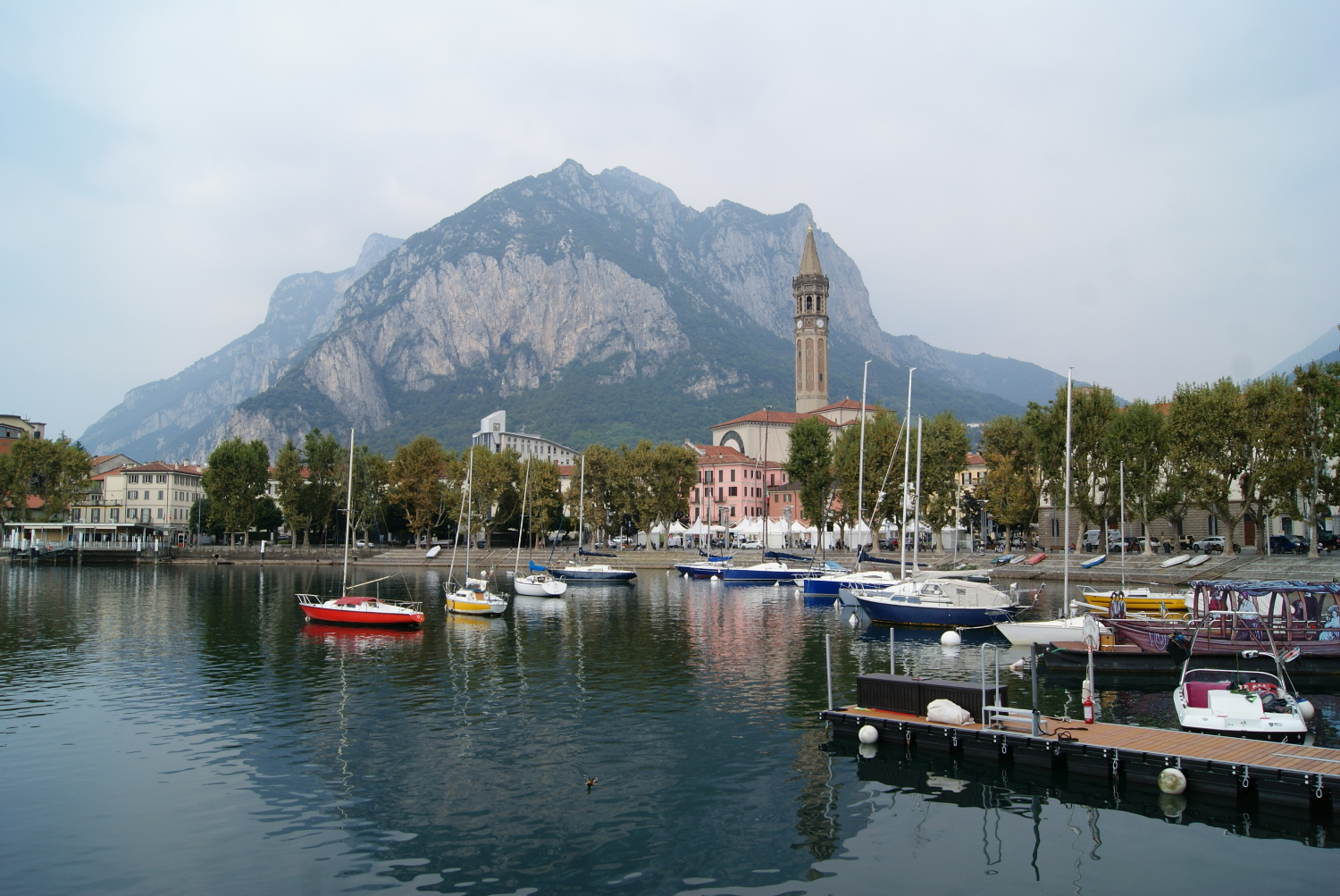 Lecco, for me the city itself was not particularly special but the surrounding mountains added a lot of beauty to this place. Como has its beautiful cathedral, Varenna its castle with a spectacular view, Bellagio its expensive shops and Lecco has spectacular mountains but you need to put in more effort (and get more sweaty :p) to enjoy them. 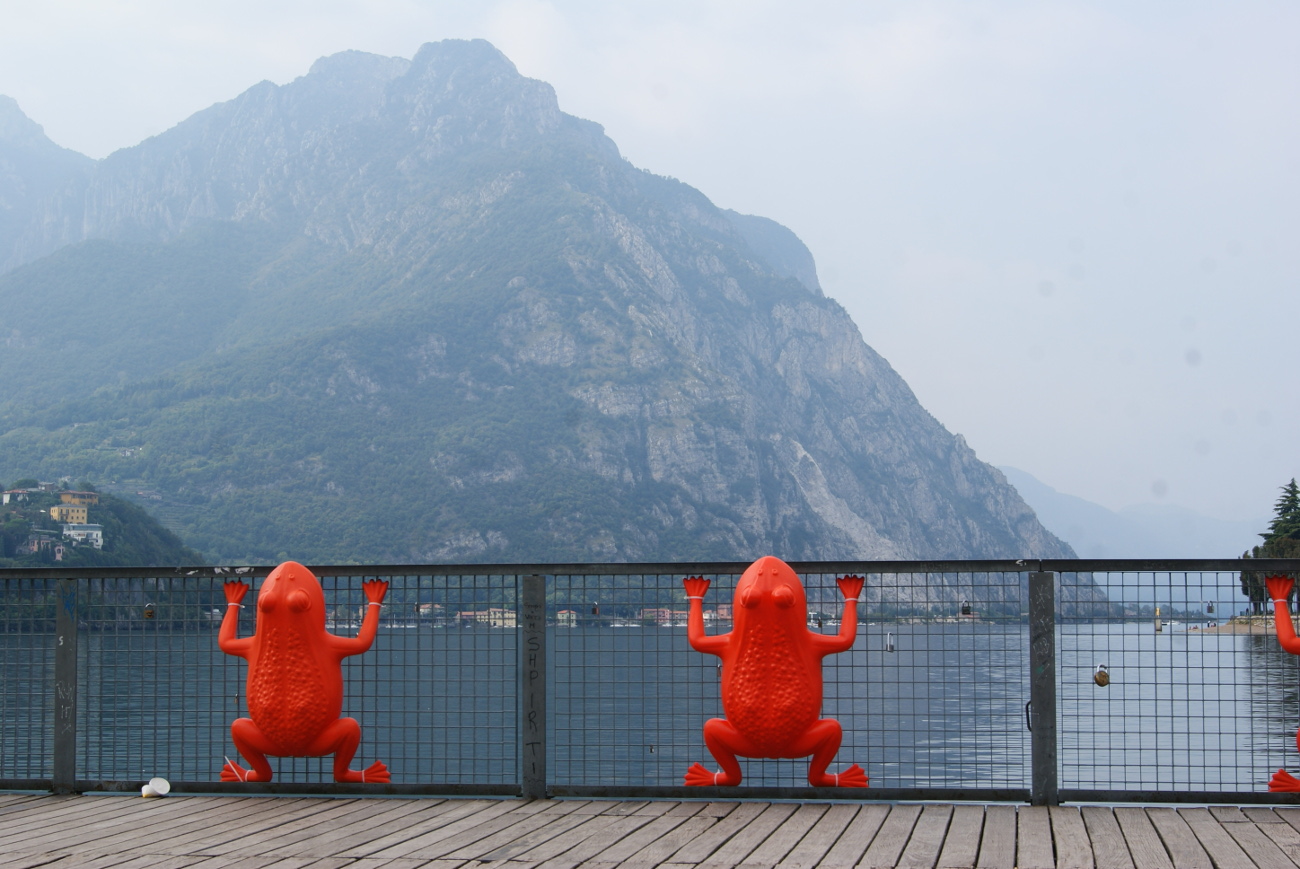 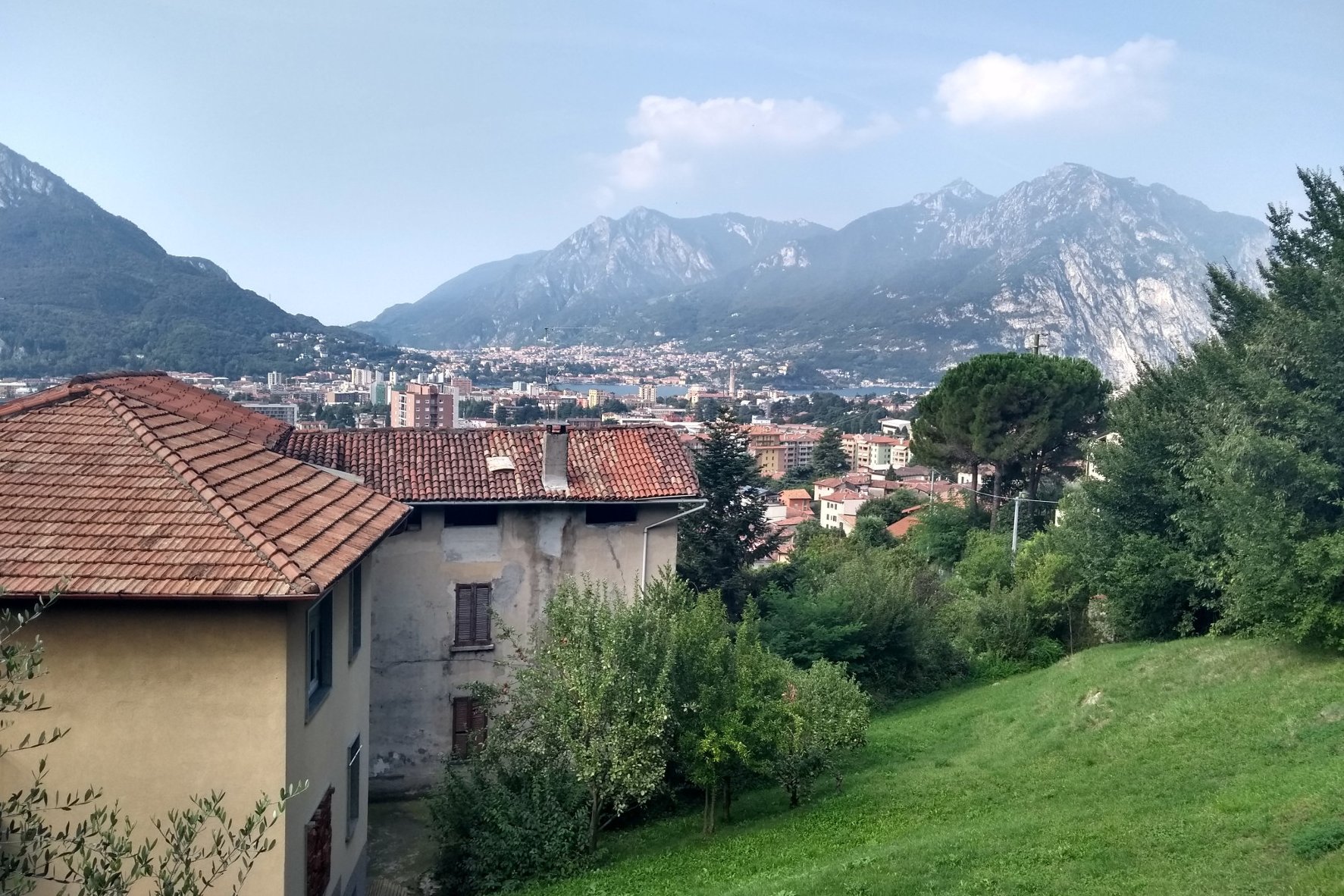 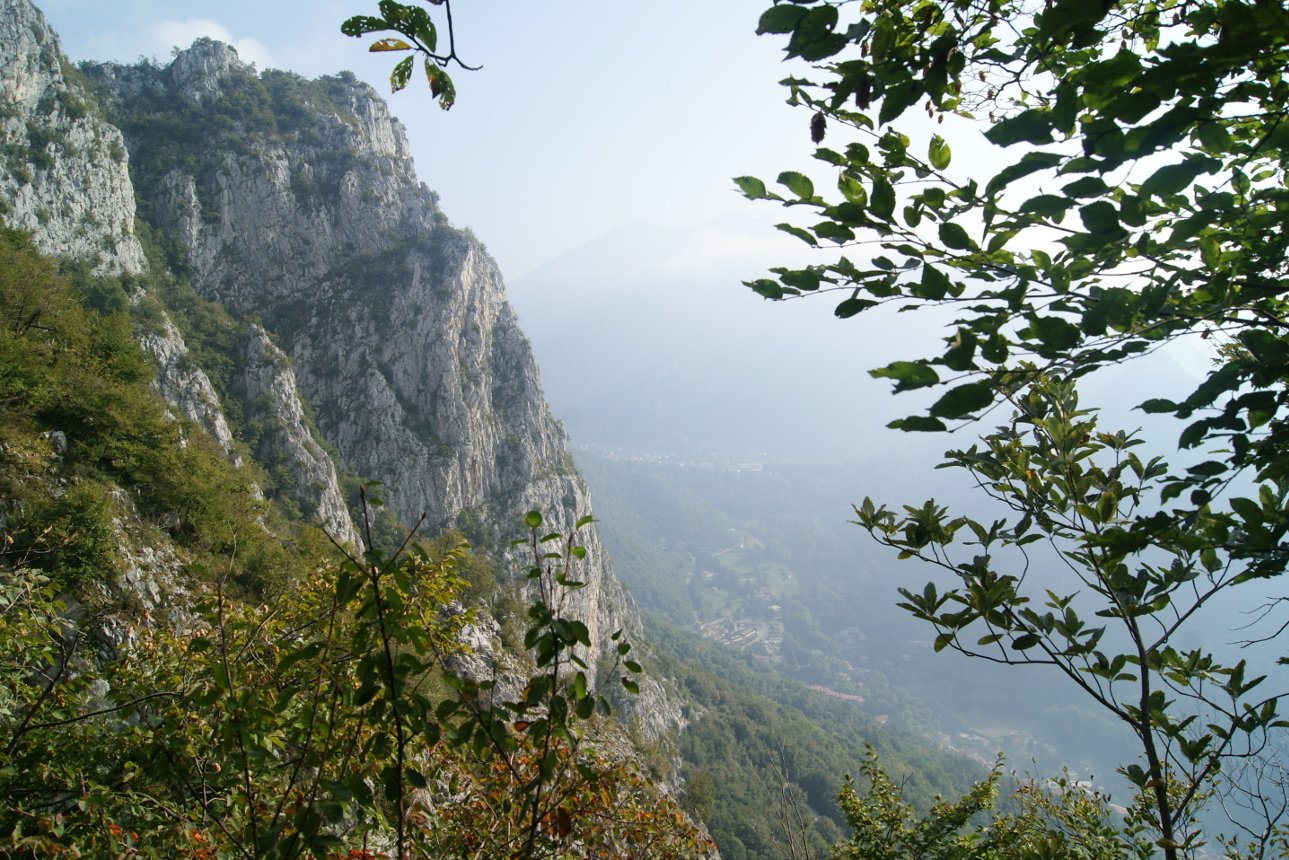 The whole way up was really steep! Except the first couple hundreds meters when we passed a few houses before entering the forest. As we made our way up the mountain, the path didn’t get flatter even for a moment and our calves were still really sore after the previous hike. So we were walking slowly but steady to finally reach the wooden sign indicating route number 57 to Monte San Martino and route nr 59 to Monte Coltignone (Santiero G.E.R). We took a short break there, looking at the peak Corno Medale, which was really close to us (we think there is no touristic path to this peak). Now we were on more exposed terrain, with rocks to climb, chains to hold. At one point we passed a tiny cavern with a Madonna statue, right before the most difficult part of the hike :) 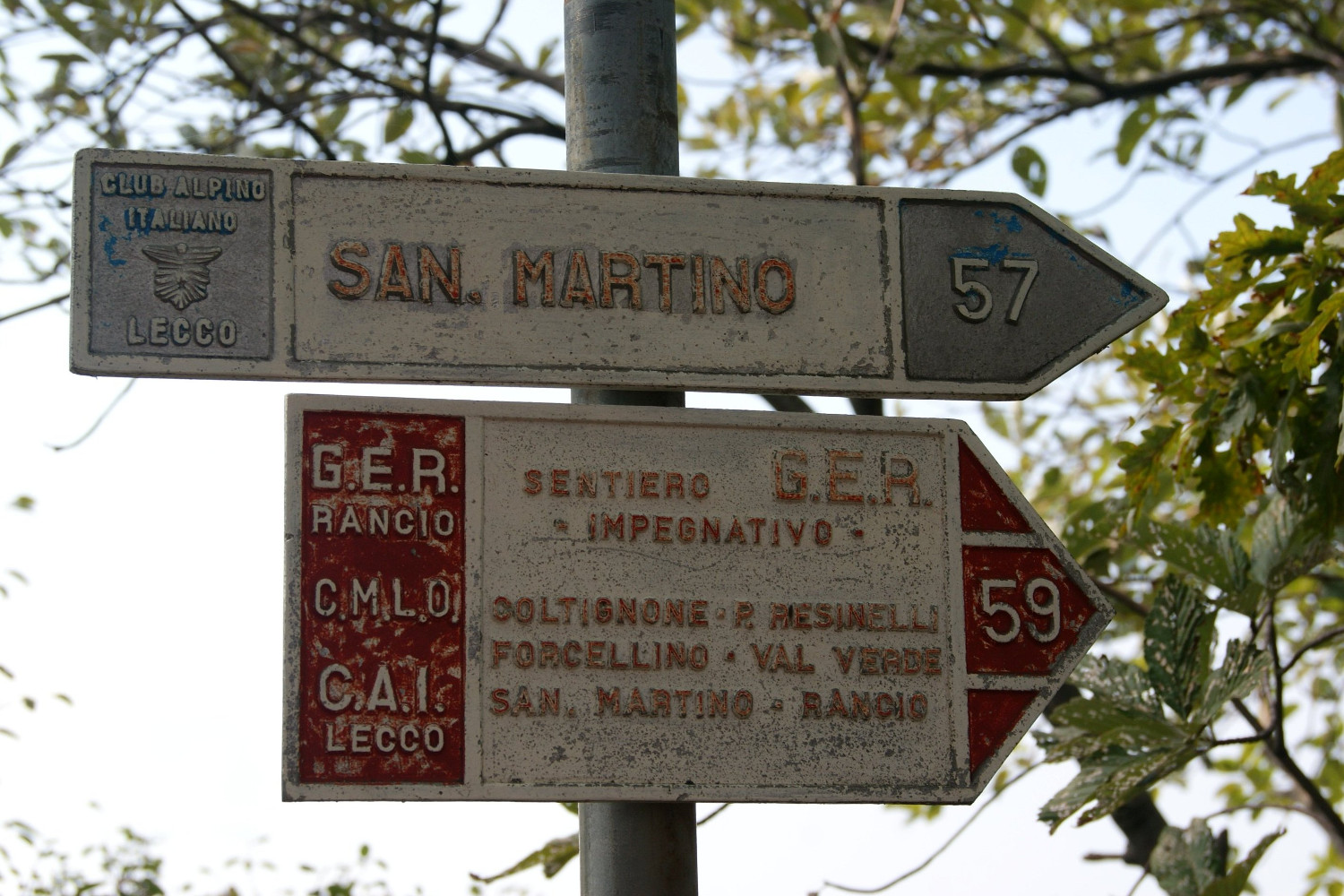 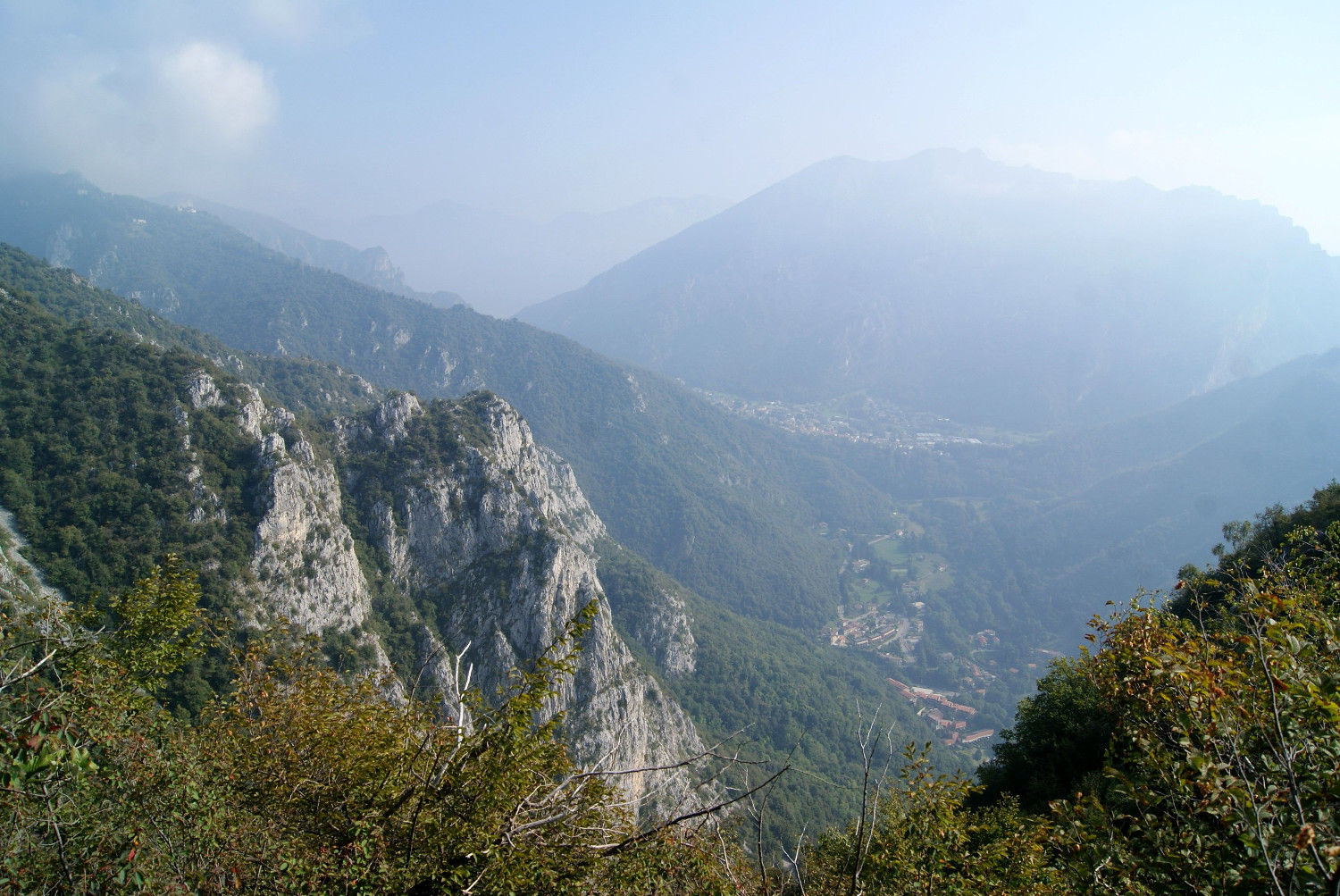 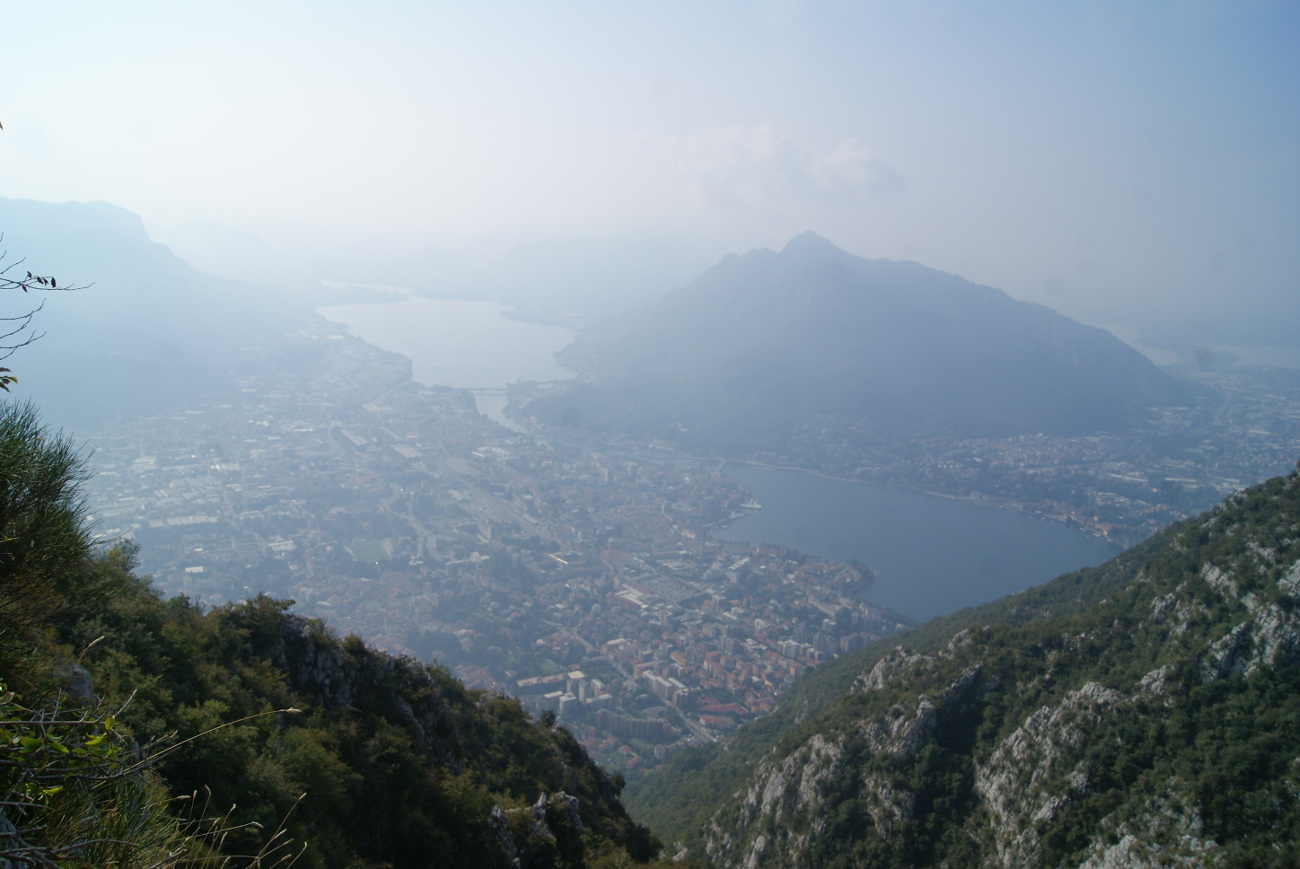 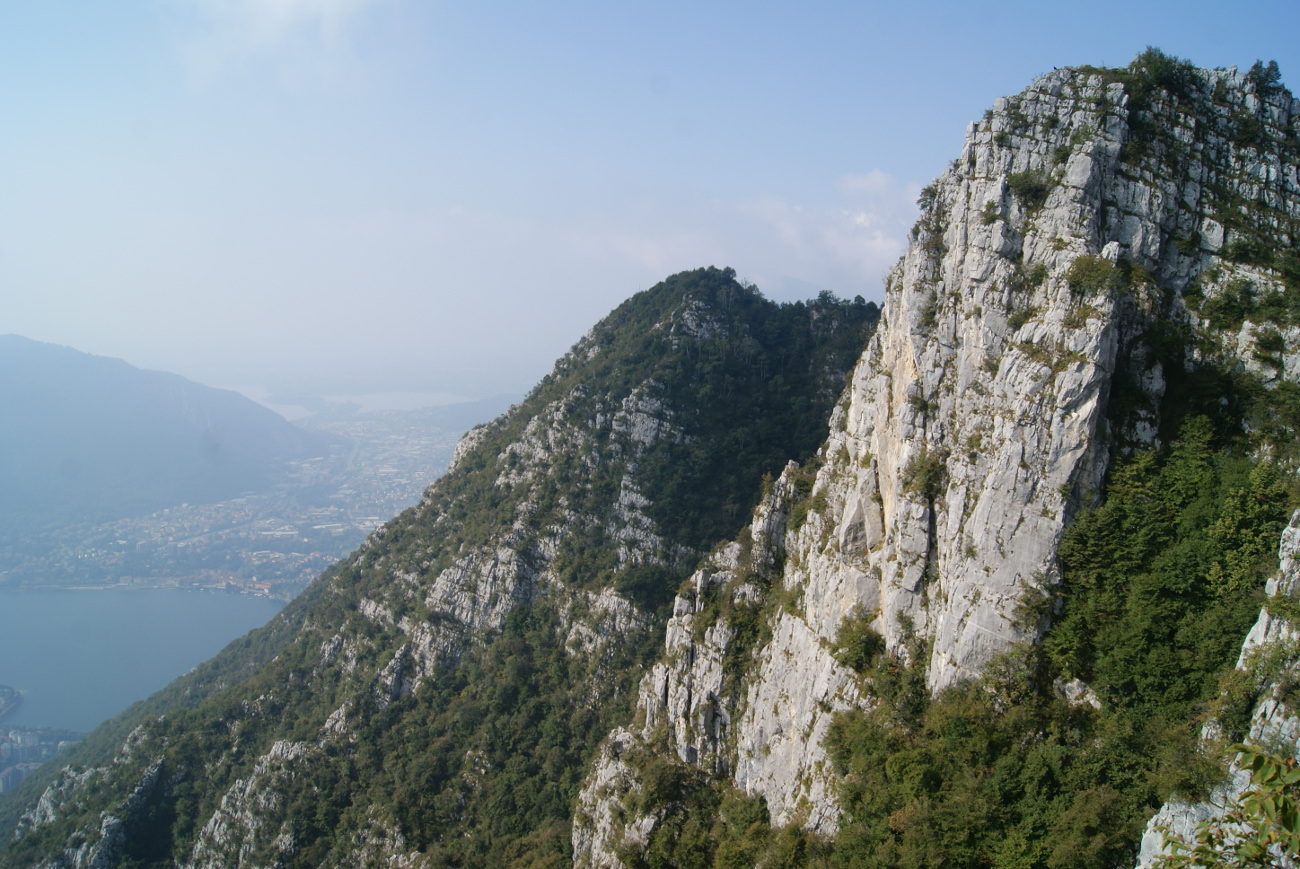 Despite it being a very nice, sunny day, the visibility was not great. We couldn’t clearly see the lake and distant peaks. When we reached the top of the mountain we were quite surprised to see a big forest on the other side, after this whole steep part. So basically you have a nice view but only on one side of the mountain, the one we have chosen to get to the peak. 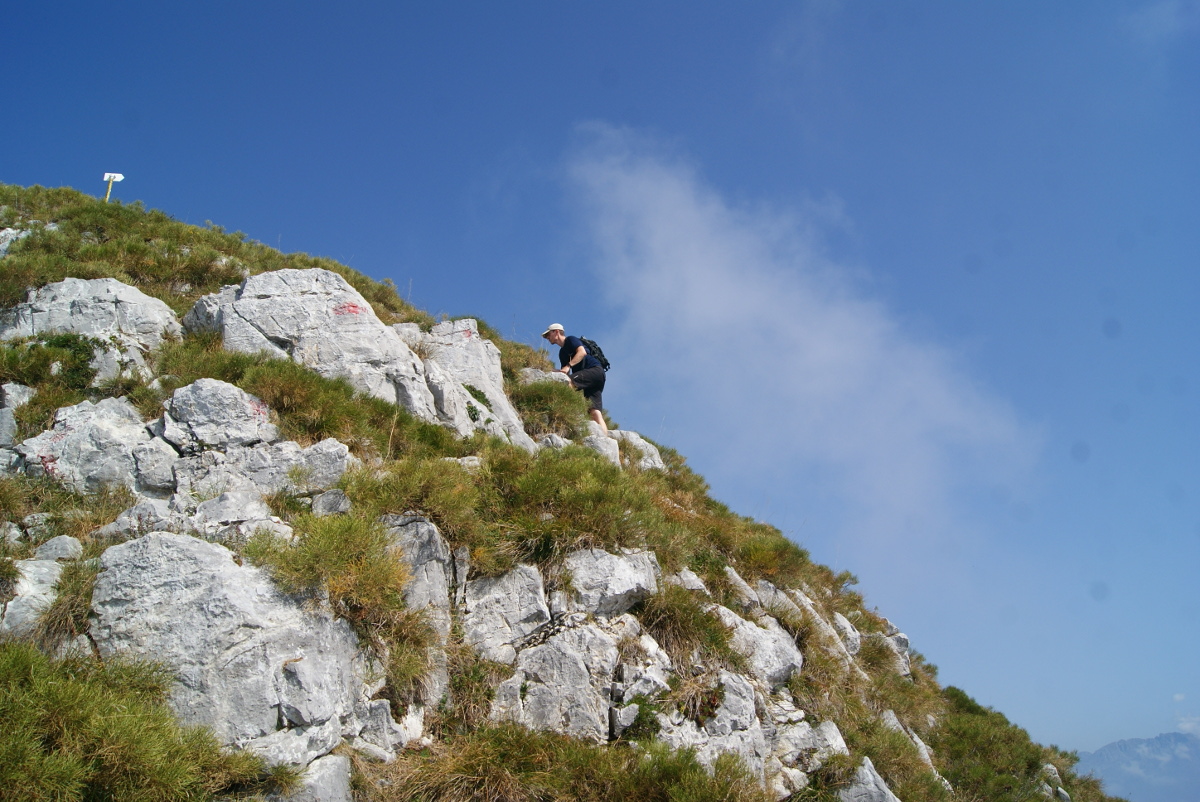 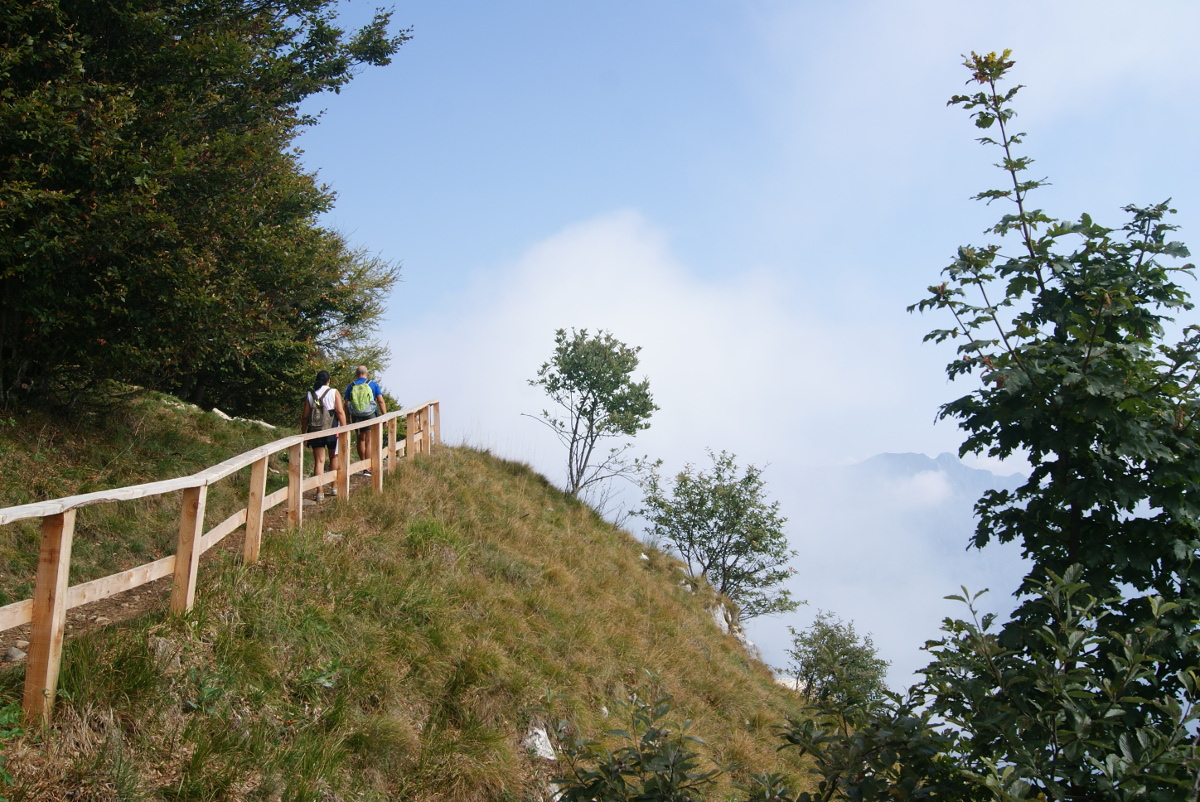 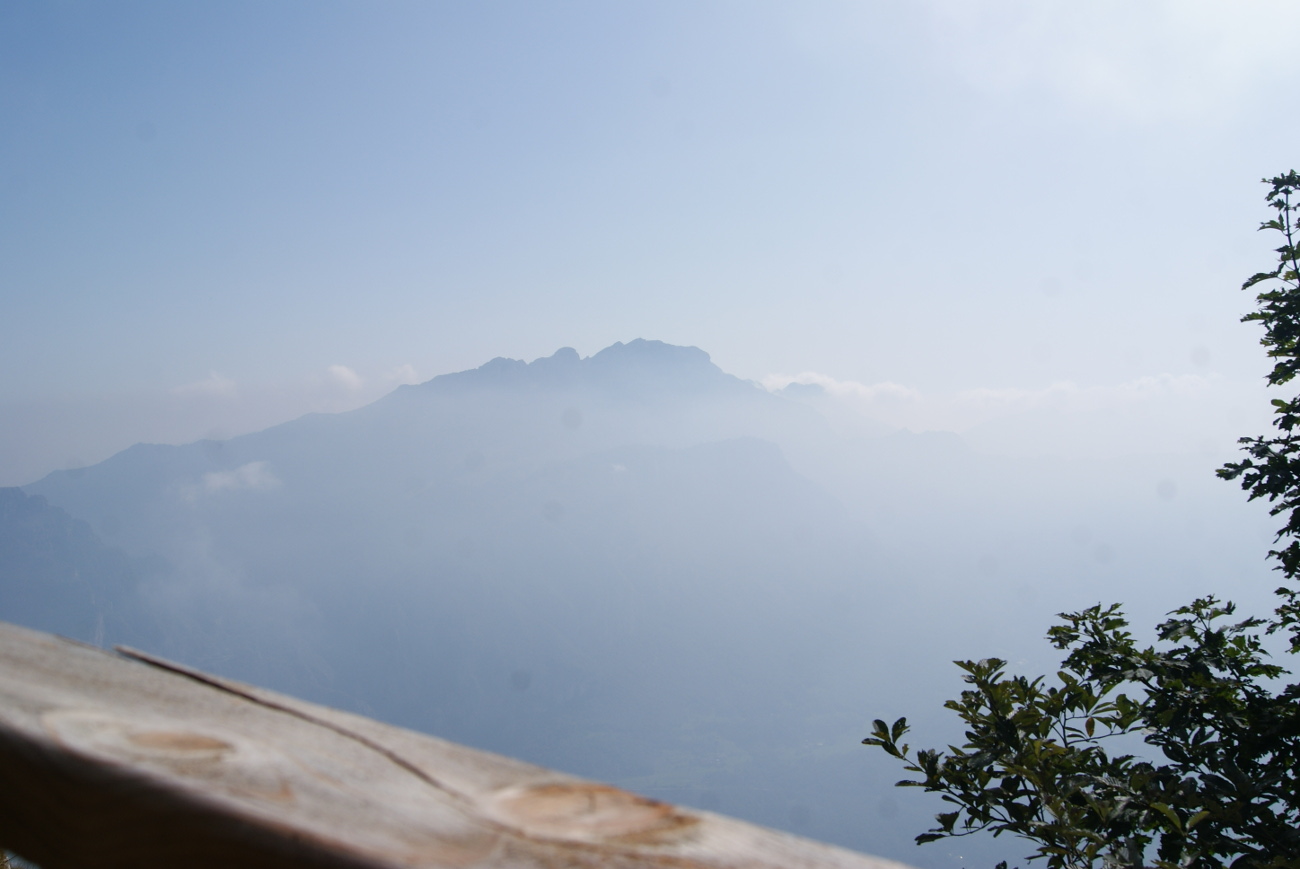 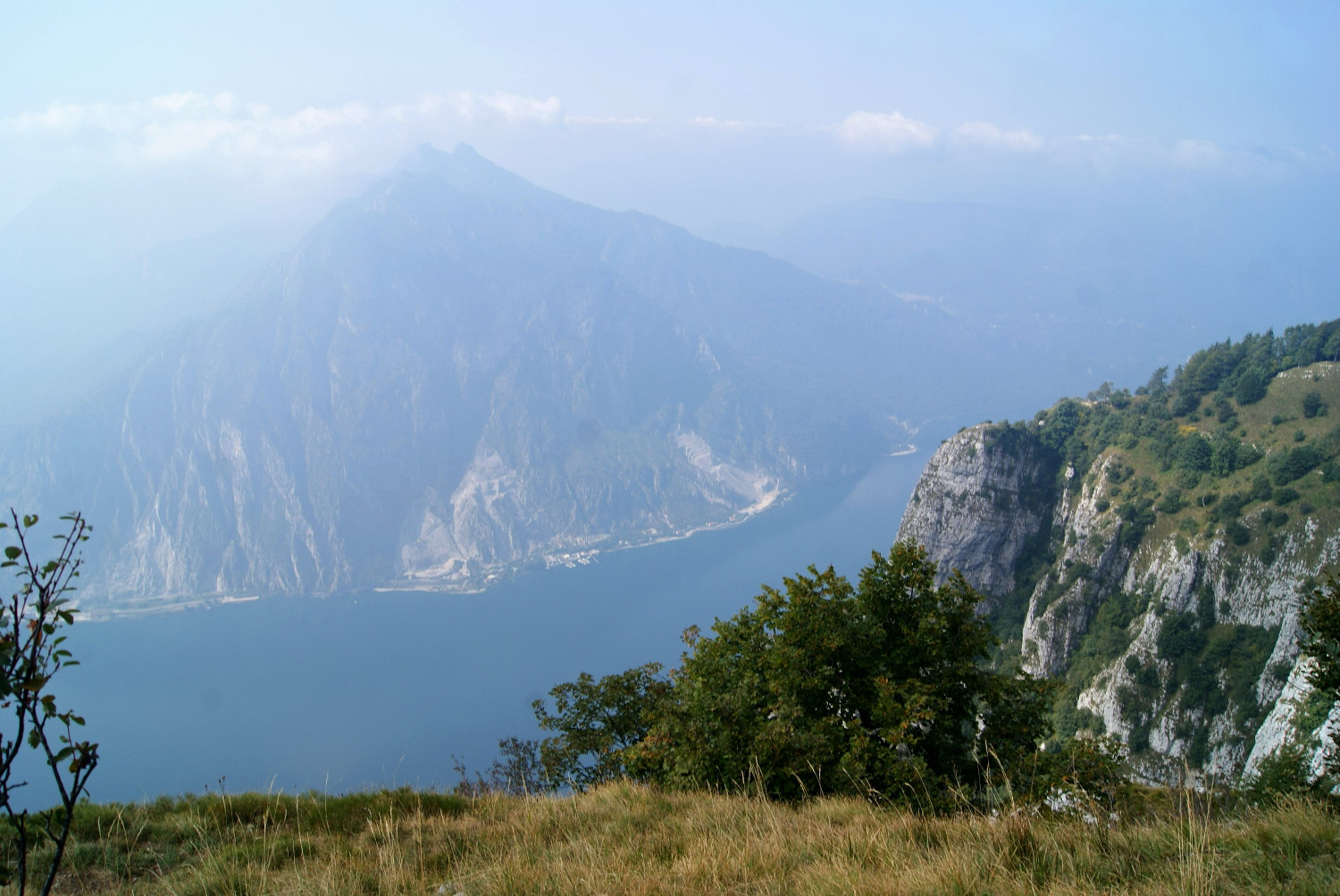 Monte Coltignone looks totally different from the other side which can be reached by wide, easy path from the shelter S.E.L Rocca-Locatelli in Piani Resinelli (you can park your car there). Between the peak and the shelter we could admired a stunning peaks of Grigna massif in a distance (first photo below). On the way back we passed Casa Museo di Villa Gerosa, Rifugio S.E.L Rocca-Locatelli in Piani Resinelli which was unfortunatley closed. Next, we followed the stream Torrente Calolden where the path got steeper and really rocky until we finally reached Laorca village again. The path we took to go down from Monte Coltignone was much easier, of course steep and exhausting but not dangerous (no exposed terrain or chains). 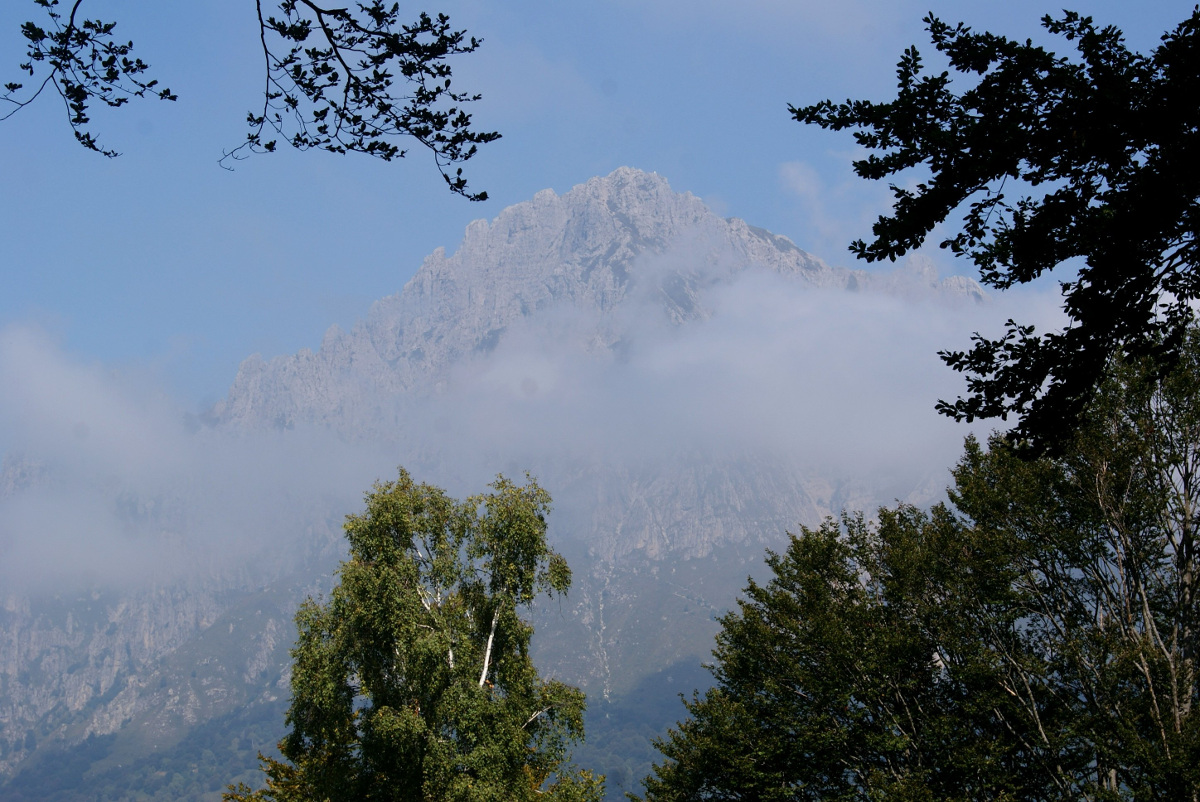 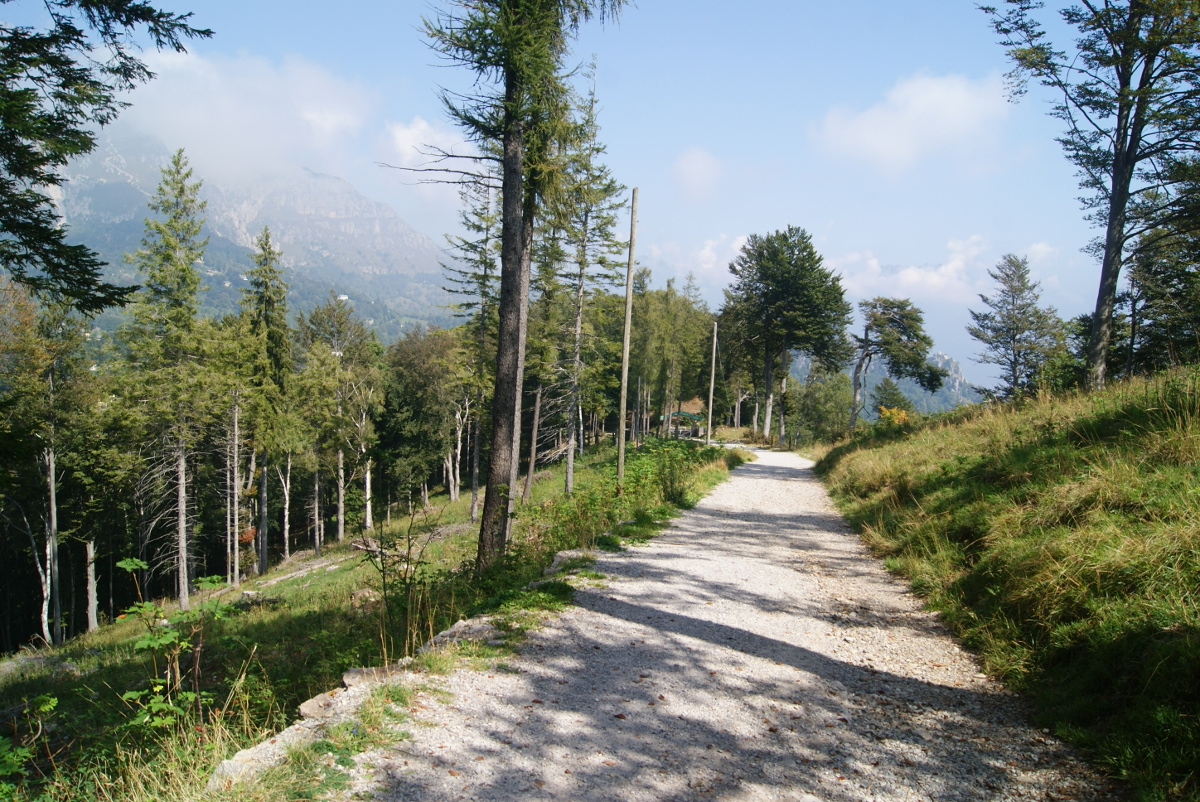 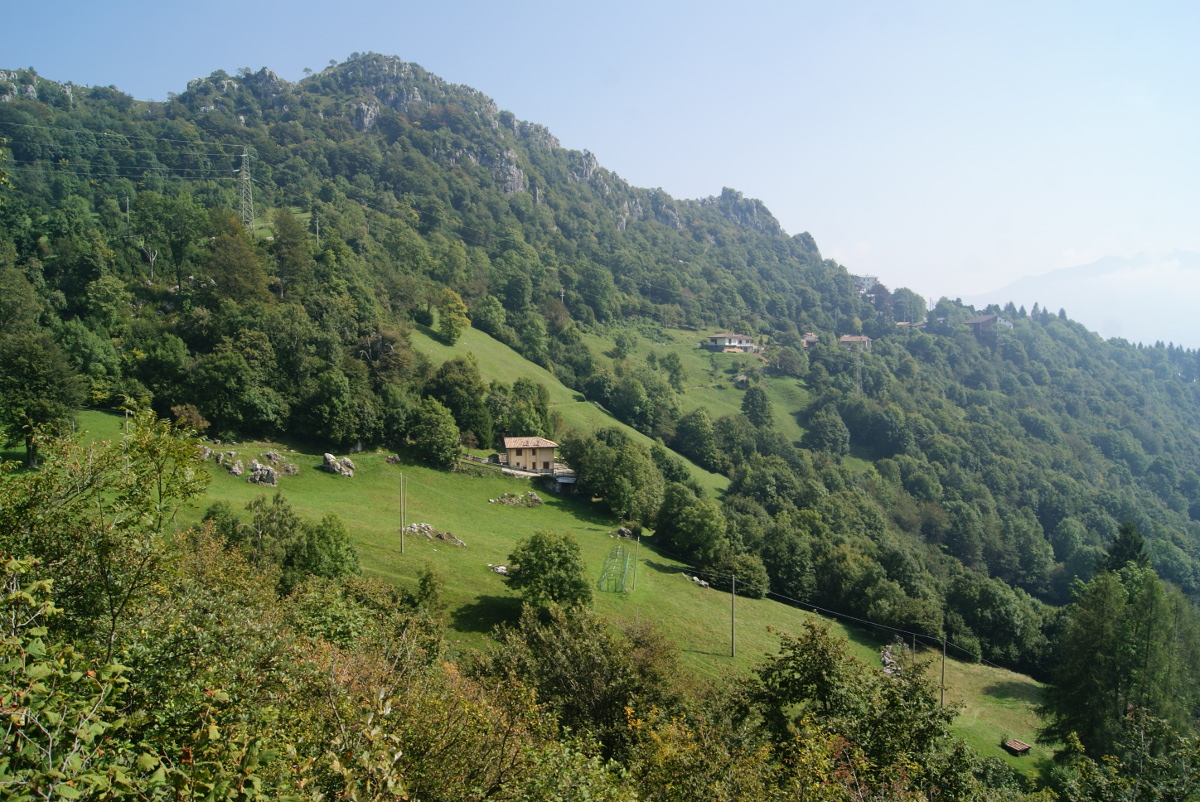 A final sprint to catch the next bus and we were back on our way to Lecco.

We came to Lecco from Como S.Giovanni by train (4.80 euro per person) which was the main means of transportation used by us to travel between the cities in Italy. It’s easy to find a schedule on the websites, usually we bought our ticket in the ticket machines, at the counter at the train station (Trenitalia) or in the newspaper shops (Trenord). The shops have a sticker from Trenord in the shop window if they sell them. You can’t buy them in the machines from Trenitalia. Check both links Trenord and Trenitalia. In Lecco you can buy a 12 rides bus ticket for 13 euro (single ride is 2 euro) and use it for more then one person at the same time (just need to validate it more times). The ticket is valid for 90min and within this time you can make changes so it’s pretty good deal. Schedule of the buses you can find here Busses in Lecco

We started the hike in Laorca where we got by bus number 7 (bus number 1 also goes there, we used on the way back bacause unfortunately the connections are really infrequent so better check it before). The bus stop was called Laorca Asilo on MAPS.ME, we decided to track our position to press STOP button on the bus in the right moment. It worked really well and when we got out there, first we followed the street Via Giuseppe Baruffaldi (on the corner of this street was a bus stop in the oposite direction) until we reached the church, then Via alla Grigna until the parking where we found an information board, pointing to the begining of the path to Monte Coltignone. See the whole hike on the map below.

There is also very nice and easy hike to Monte Barro. One evening I did a run on the slopes of the mountain. The view of the lake and the city was really nice and should be even better from the peak. After you cross the bridge, Ponte Azzone Visconti, just walk to the other side of the street and there will be a tiny street a little bit to the left, Via San Michele, with the sign indicated the time needed to reach the peak (around 2h). Very nice for running because the rocks are not loosy so I felt pretty comfortable running there. There is also running/cycling path along the lake which I checked on the way back (see the map below).

Share:
Previous: Varenna-Bellagio-Lierna by ferry Next: Cities in the area of...