Our visit to Krakow started with the guided walking tour in the morning to get a proper introduction of the city and its rich history. We jointed FREE walking TOUR though Krakow’s old town which started between St. Florian´s Gate and Barbican and finished at Wawel castle, located on the top of the hill with the same name (about 2.5 hours tour). Despite the really beautiful, sunny weather after one hour we could already feel that we were in the middle of Polish winter. The tour was really informative, full of interesting facts about the beginning of the city, the period of Swedish invasions and the German occupation of Krakow in World War II. 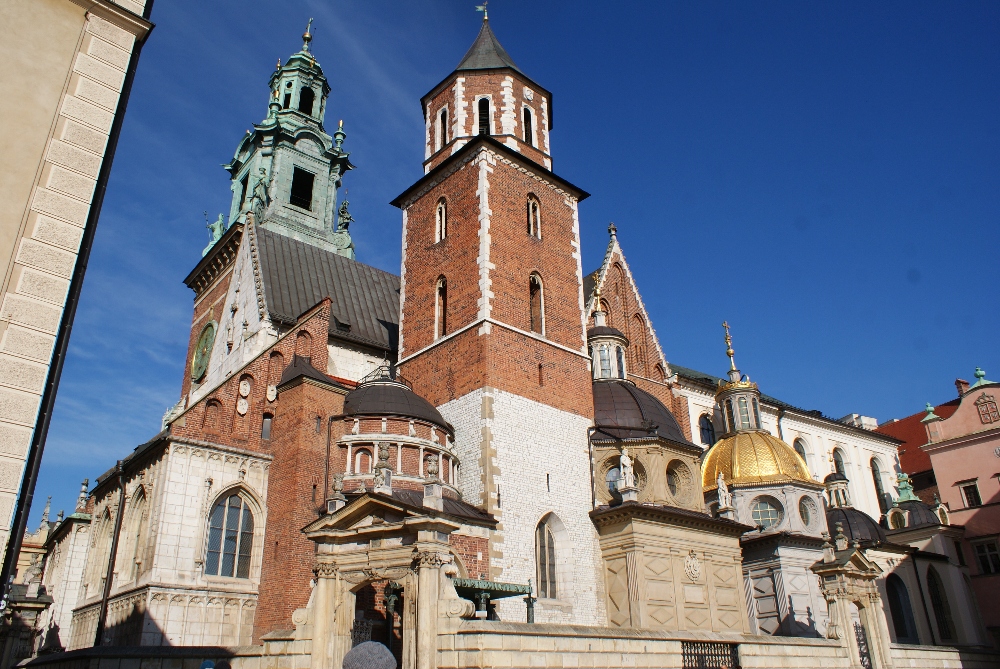 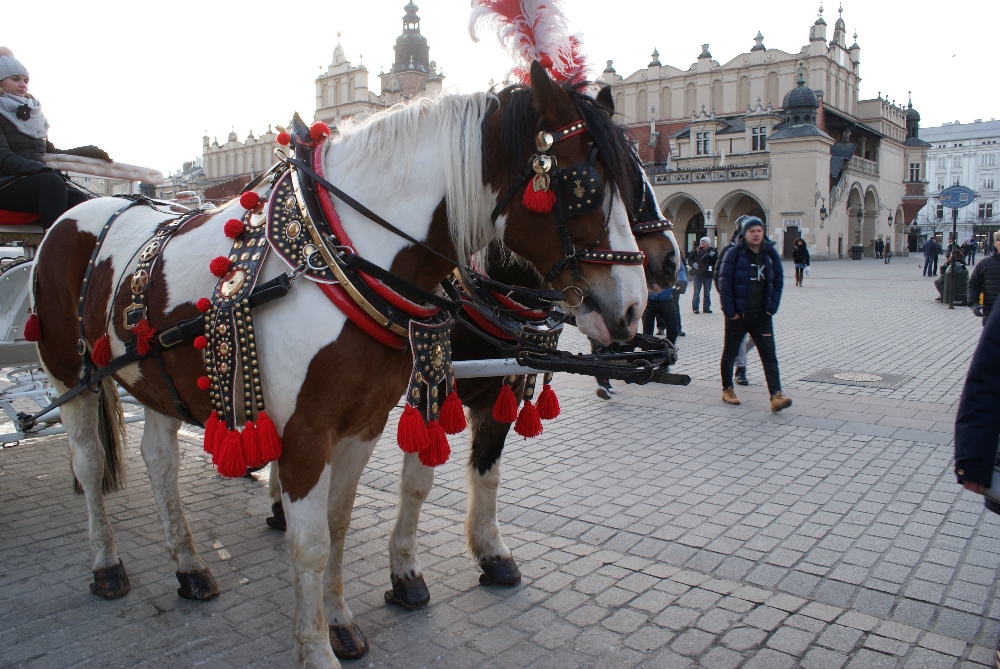 After quite decent lunch in Chimera salad bar and warm pączek (doughnut), full of energy, we visited Rynek Underground Exhibition located between sukiennice (Cloth Hall) and Mariacki Church (St. Mary’s Basilica). Archaeological works were done between 2005-2010 and revealed ruins of Krakow from even thousand years ago. Inside the museum you can walk between old market streets, watch smith, goldsmith workshops and gathered detailed information about trade routes passing Krakow in Middle ages and connecting the city with the rest of Europe. 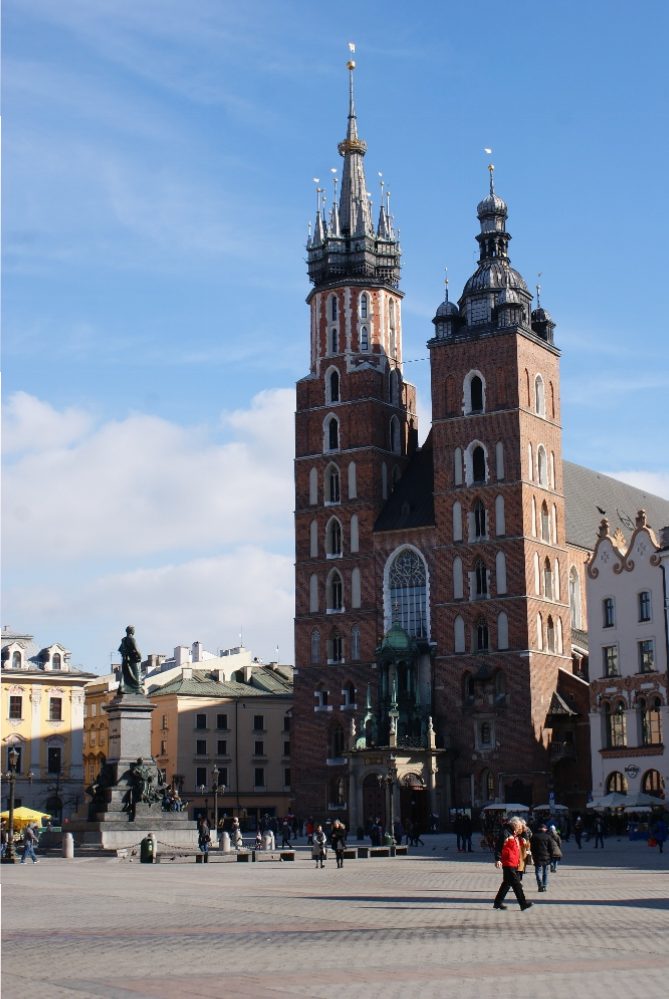 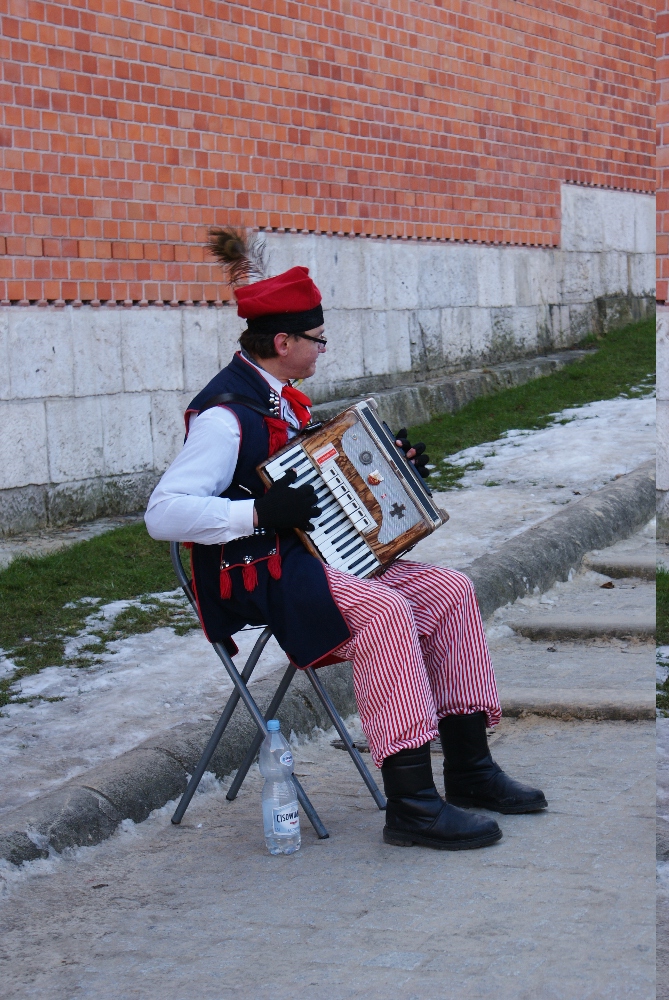 Sukiennice (Cloth Hall) is a place were you can buy local souvenirs, most of the are hand made, like amber jewelry, lacework, cloth handicrafts, wood carvings. We also noticed that many of them were actually cheaper here than in souvenir shops at Floriańska street (main shopping street). We also tried very popular in Krakow snack, called obwarzanek, which is a kind of soft pretzel, mostly covered with sesame or poppy. 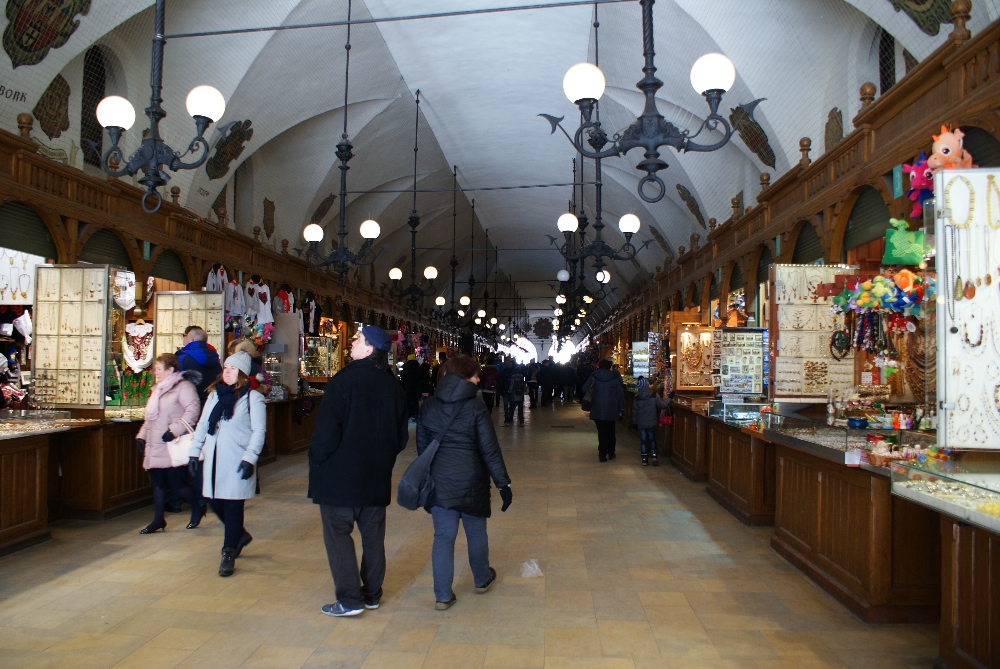 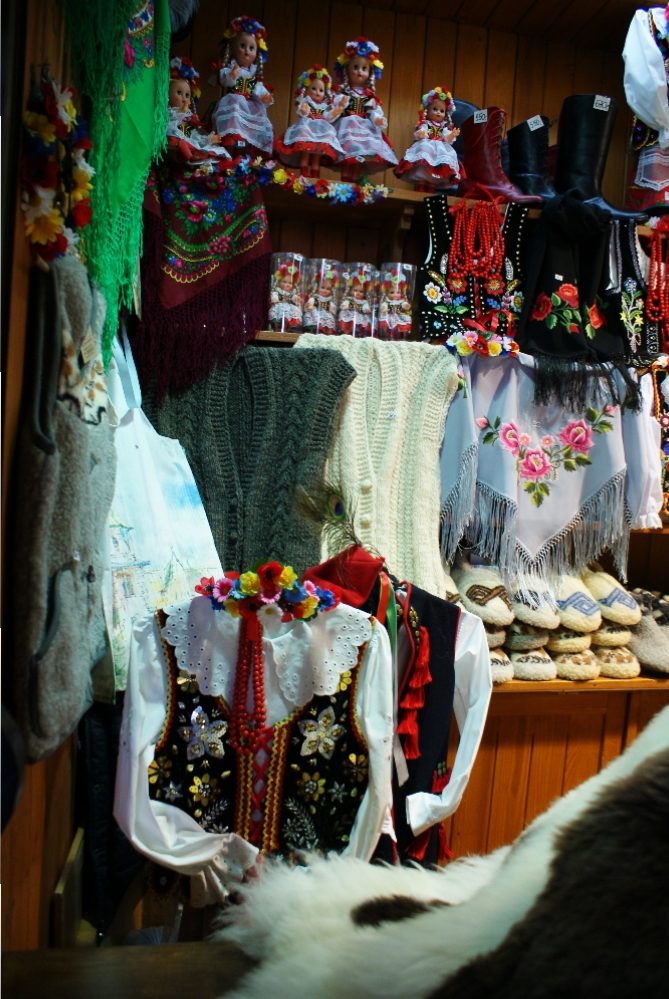 Since in Krakow we couldn’t find any snow, the next day we headed out to Zakopane, the winter capital of Poland. You can easily take a bus there (2h10min) leaving from the main bus station in Krakow. 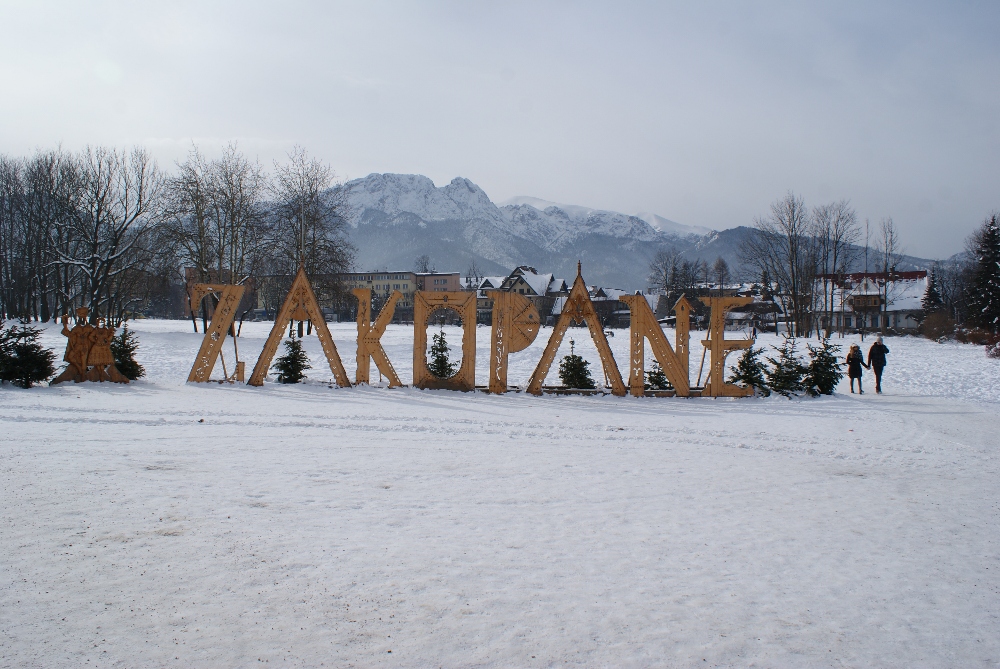 After arriving in Zakopane, we first walked in the direction of Gubałówka (1123m) passing huge market with local souvenirs and smoked cheese called oscypek (a local specialty). You should definitely try grilled oscypek with cranberry jam, easy to find on many street stalls, really delicious! First, our idea was to walk to Gubałówka summit (around 45min), however the path was really slippery. Not risking any injuries right before my trip to the Himalayas, we decided to go for a safer option and take a cable car uphill. In this way, after 3.5 minutes of ride, we could admire the panoramic view of Tatras mountains and Zakopane :D I am not used to reach the summit with this little effort ;) There are a few restaurants, food and souvenir stalls, skiing slopes and a small wooden church on the top. 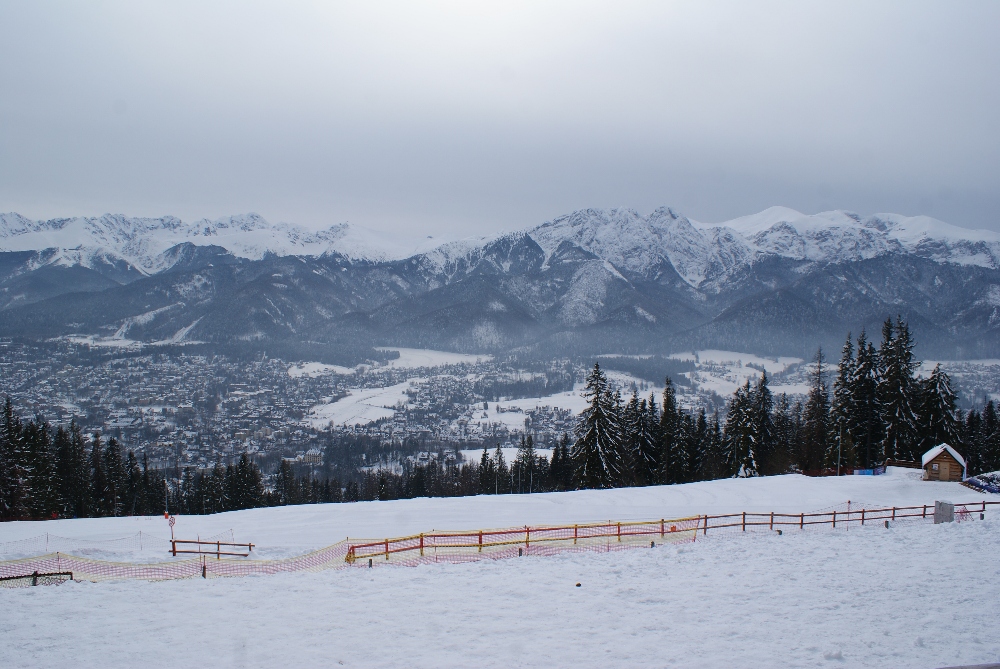 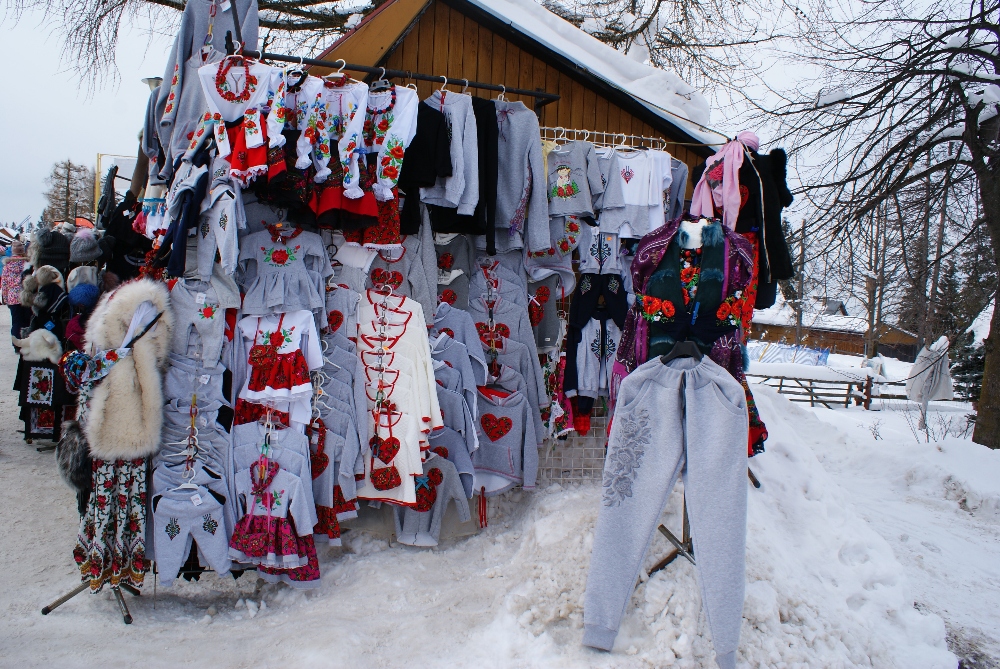 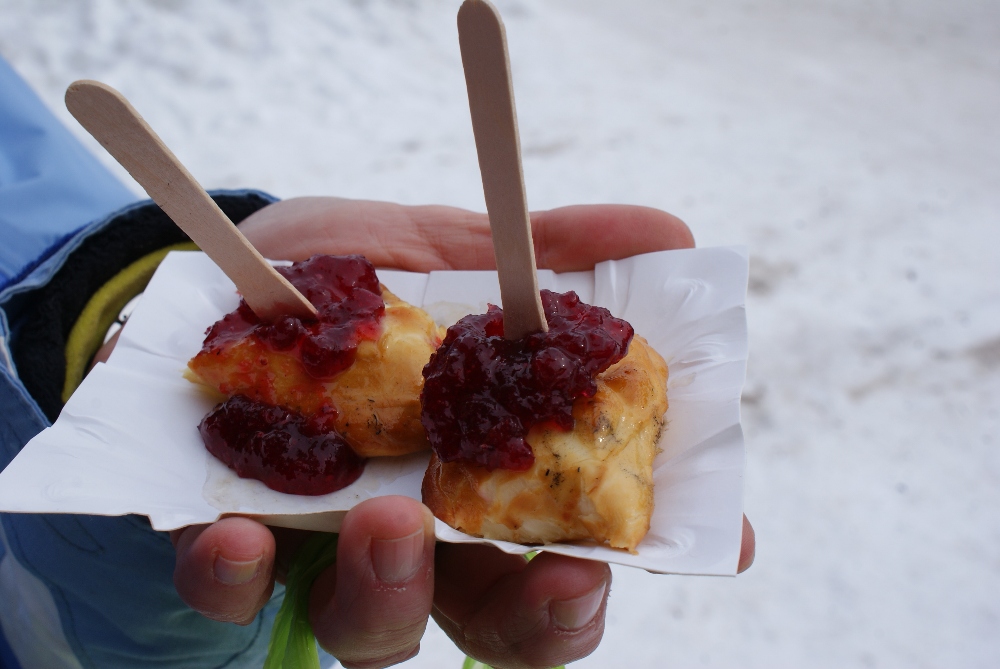 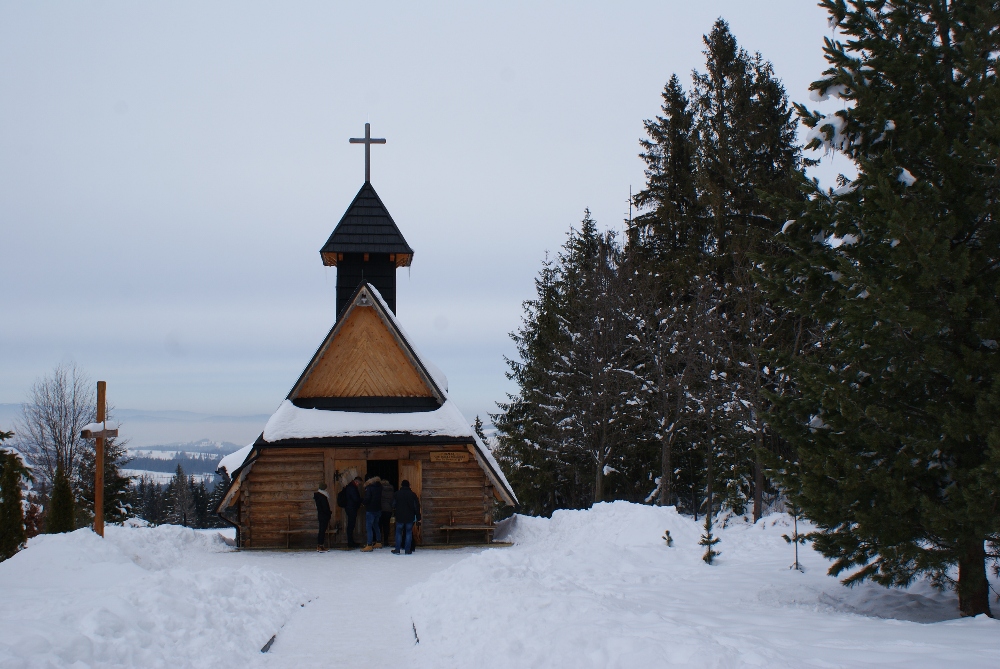 Next, we walked on Krupówki street, the main representative street in Zakopane full of hotels, restaurants and souvenir shops. On small, wooden stalls you can also buy local confitures, honey and syrups made from many different fruits. “Karcma po zbóju” was the place where we had pierogi (dumplings) with meat, one of the most famous polish dishes. After more shopping and a warm tea in one of the restaurants we headed back to Krakow. 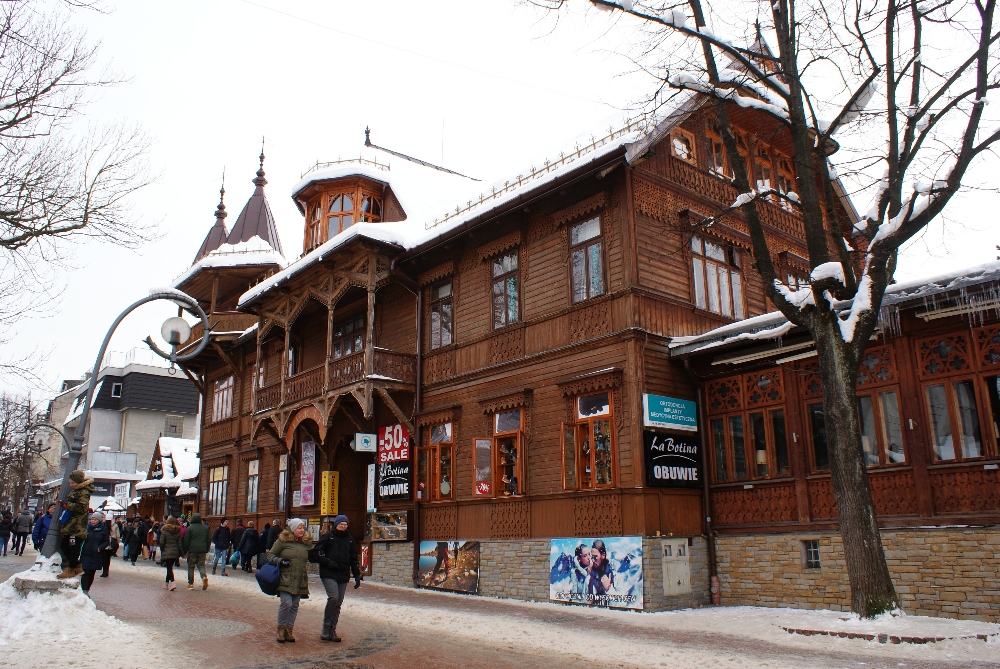 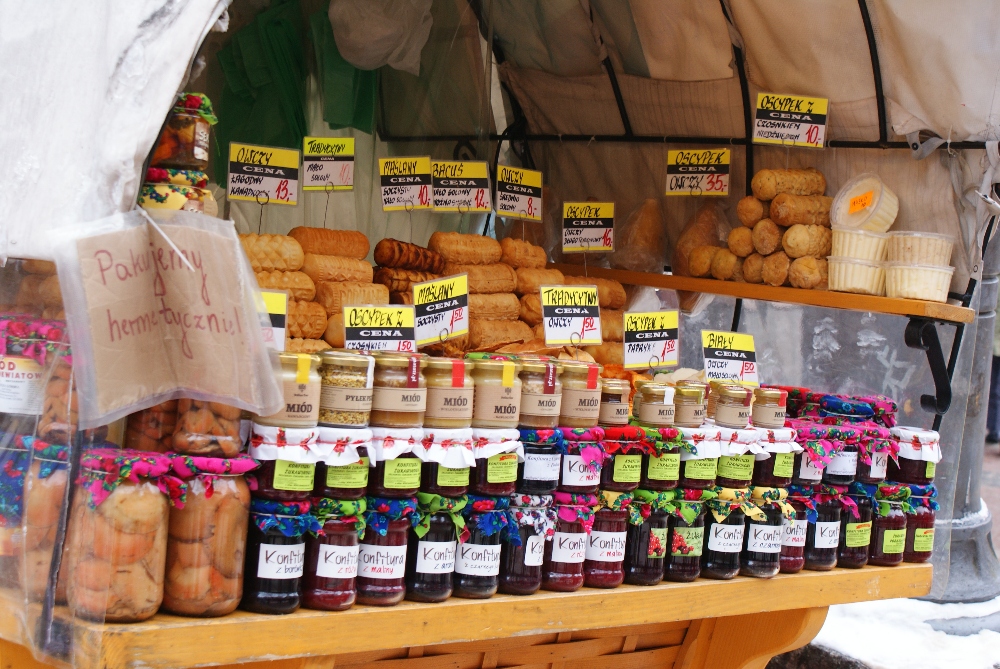 On our last day we visited two museums; The Eagle Pharmacy (Tadeusz Pankiewicz’s Pharmacy) and Oskar’s Schindler Factory in Krakow Ghetto. The first one shows all rooms of the former pharmacy and their original roles. It is full of hidden details about how people survived life in ghetto, which medication was  available at that time and which was the most popular. The book, written by the owner of this pharmacy, “The Cracow Ghetto Pharmacy” describes tragic events which occurred in the Krakow ghetto and was published just after the war. There are movies to watch, photos to touch and documents to read, no-one would be bored here! 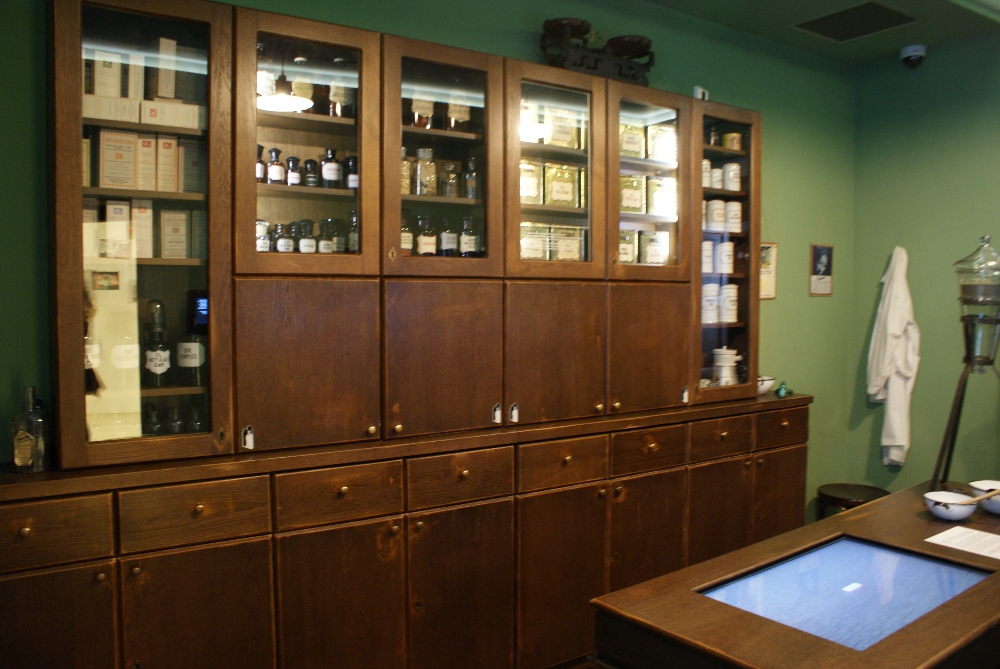 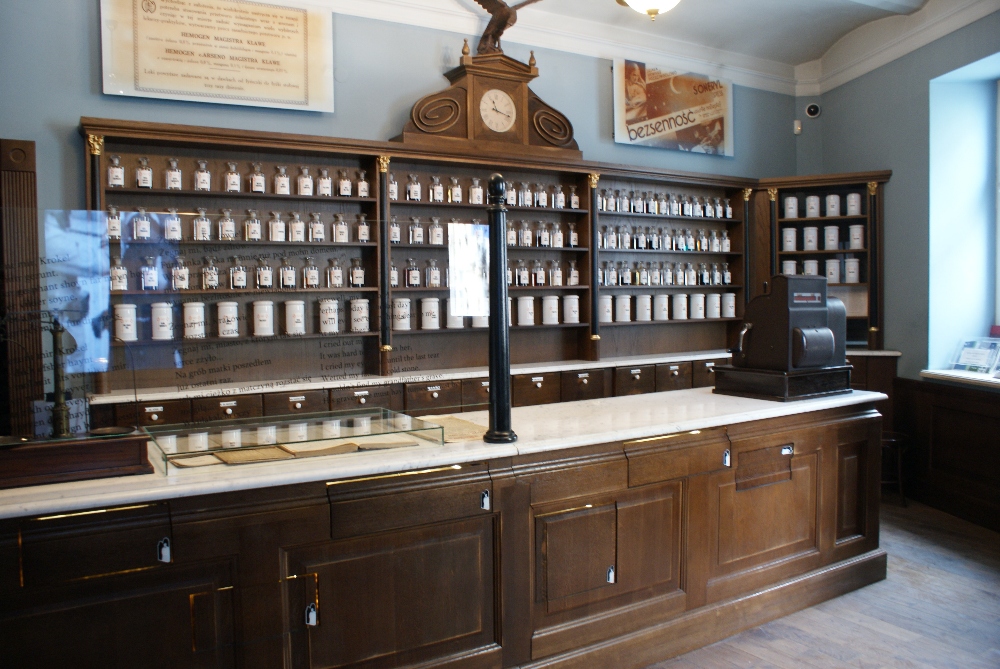 The second museum describes Kraków under Nazi Occupation 1939-1945 and is located in the former administrative building of Oskar Schindler’s Enamel Factory at 4 Lipowa Street. Very interactive exhibition full of individual people’s dramas and stories from everyday life during Second World War. The story of Oskar Schindler who saved the lives of over a thousand people was shown in Steven Spielberg’s film Schindler’s List. Very touching exhibition, highly recommended to visit however it can get really crowded inside (necessary to book the ticket online). It took us almost two hours to visit the museum but I am pretty sure some people can spend here twice this time, walking through 45 exhibition rooms and reading endless facts about Krakow’s history. 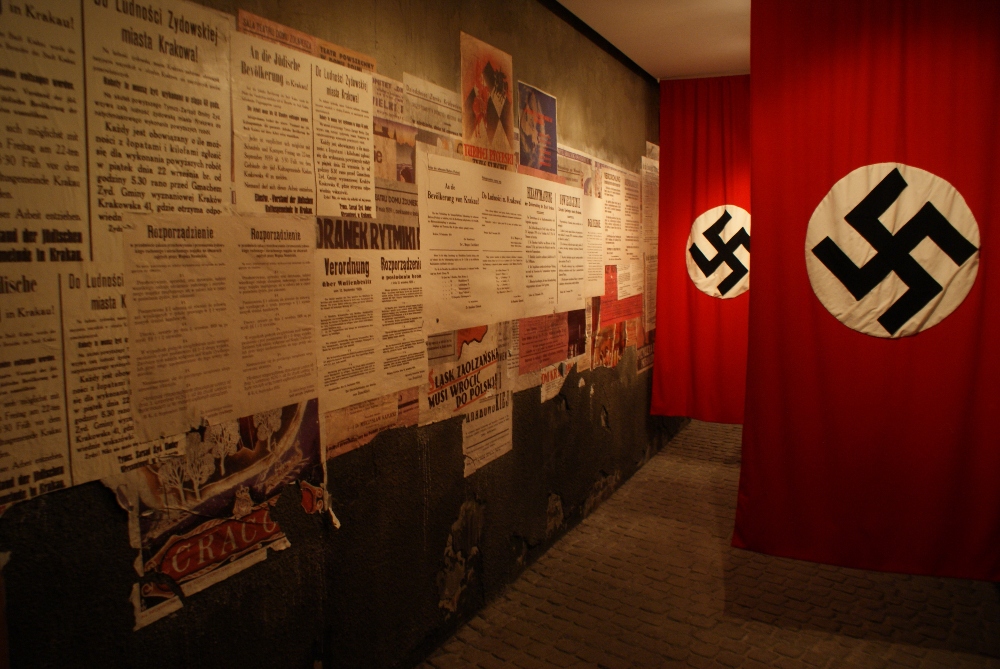 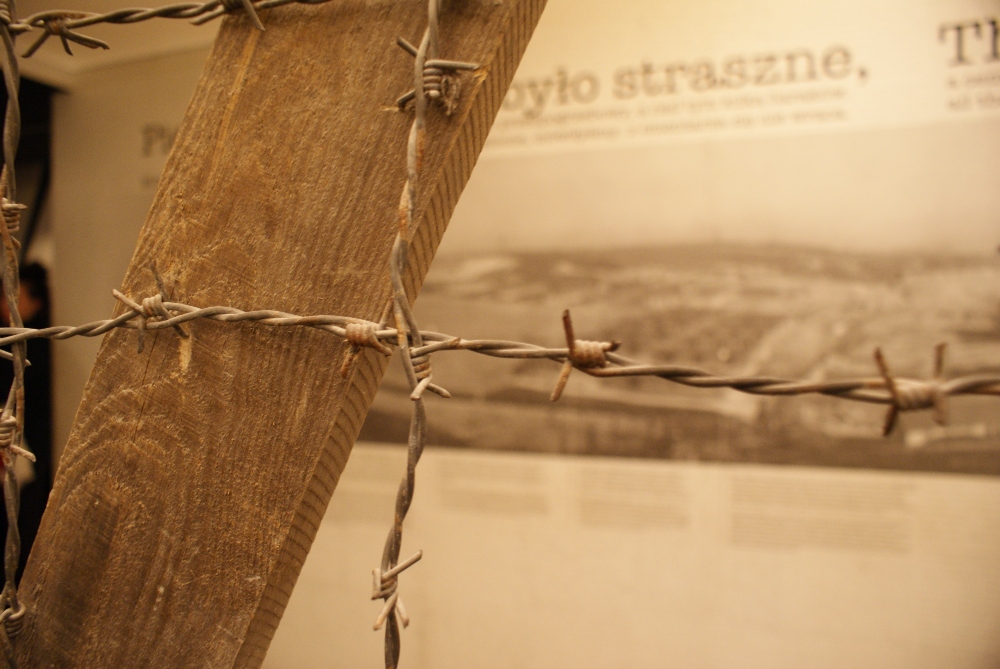 In the afternoon we headed to Kazimierz, a place where Jewish culture was flourishing for over 500 years until 1941 when Jewish people were relocated to ghetto. You can still visit a few synagogues including The Old Synagogue where you can get more information about the most important holidays of the Jewish calendar the traditional man’s and woman’s costume. Nowadays, Kazimierz is full of atmospheric cafes and art galleries. Don’t miss a chance to try some Polish food, the restaurant “Marchewka z Groszkiem” will give you many options, too many :p Tasty food at a great price! 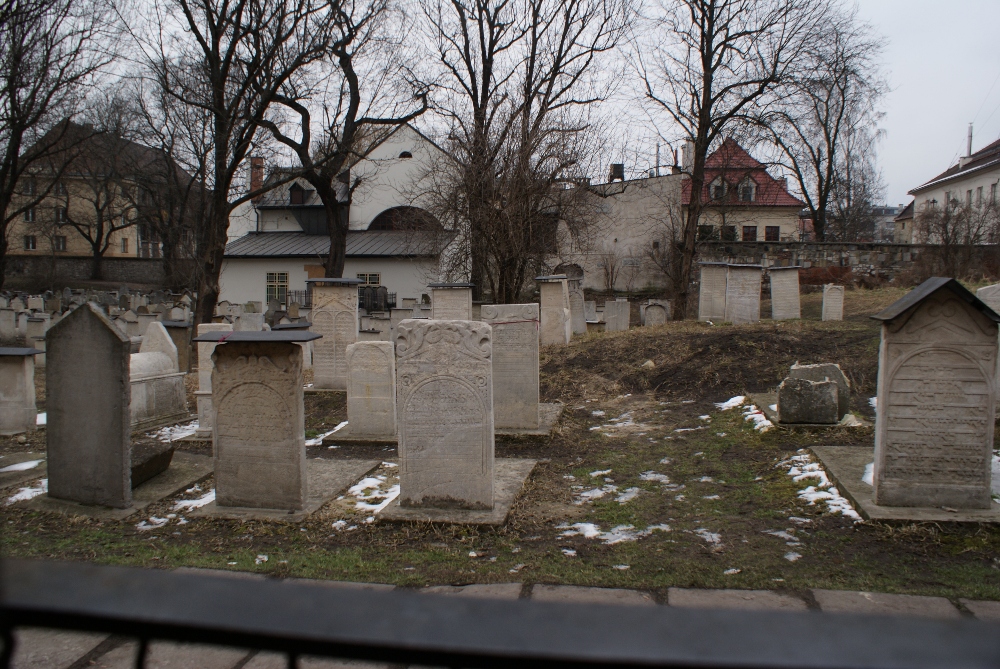 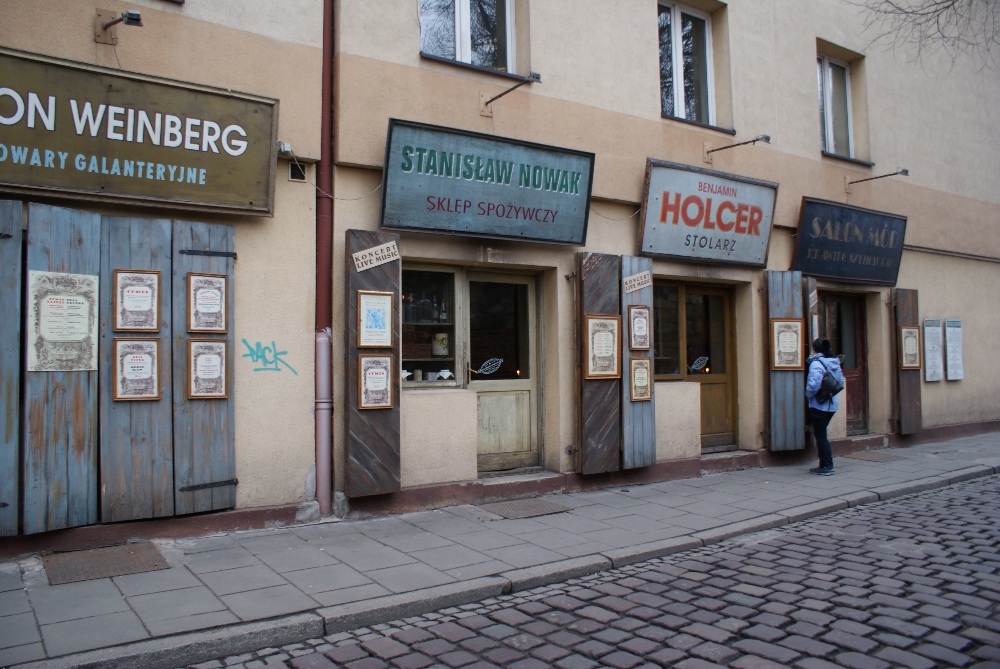 Share:
Previous: A few more places to... Next: Annapurna Circuit and Poon Hill...