We encountered some difficulties with the bus again. This time, it stopped in totally different part of the city then what was promised to us. A few tuk-tuk drivers were already waiting to drive us closer to the city center but as expected the price was again way too high. We noticed that actually the company subcontracted a different one to take us to capital of Cambodia, Phnom Penh. As always we walked away a bit and found some random tuk-tuk driver who agreed to take us for 2$ to our hotel (around 2km). Our hotel was conveniently located next to the Central Market (Phsar Thmei). We could easily buy fresh fruits and vegetables on the market or in the nearby supermarket (inside Sorya Center Point, the only European looking store we found during our entire trip :p). The market building itself has an interesting cross-shaped structure with big dome in the middle. You can buy there flowers, fruits, clothes, shoes, jewelry and many other items. You definitely can bargain here, as the initial prices are higher than an average. We spent our first afternoon walking along the Tonle Sap Promenade with the view on a Mekong River. There are many vendors selling a food and offerings. Some people sell birds from the bamboo cages to set them free as a symbol of a prosperity and good luck (we have seen a banners trying to discourage tourists from taking part in it). On the other hand, we noticed very sad picture of many sick, begging people in a street. 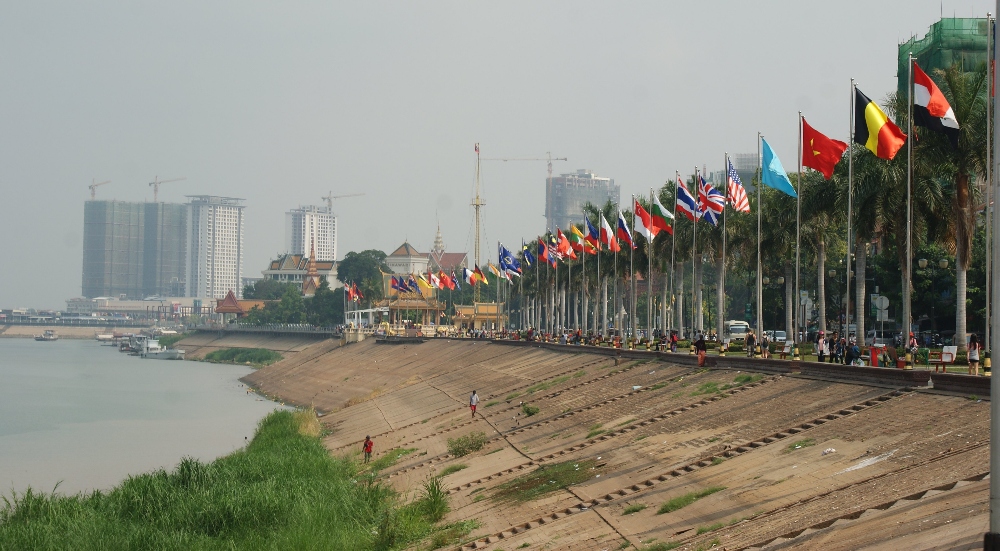 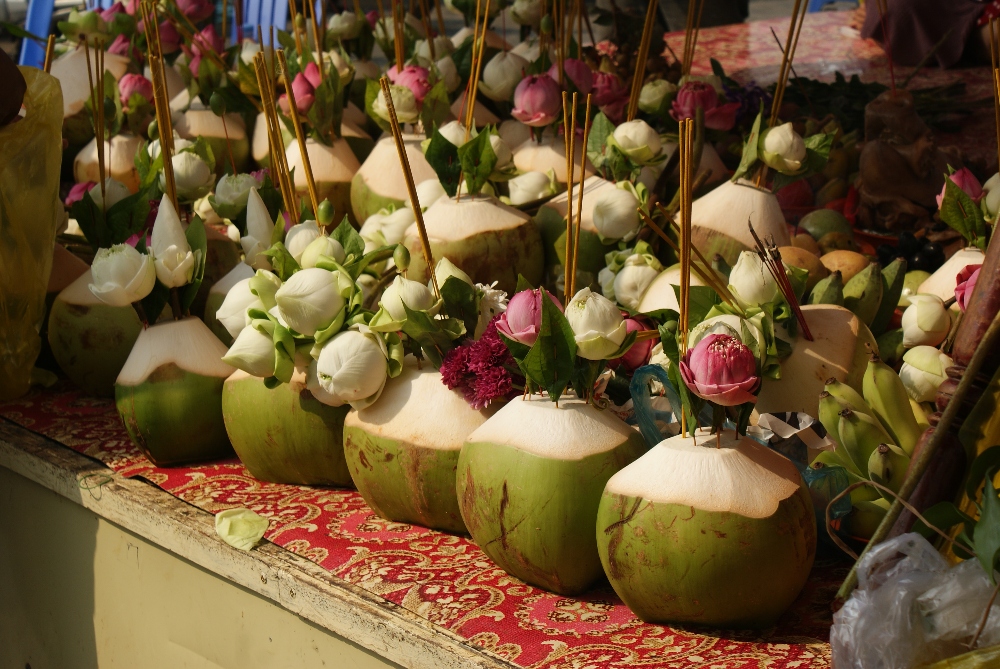 Nearby, we passed by Wat Ounalan (no entrance fee) while inside was a ceremony with many monks and believers so we didn’t enter. We also passed the National Museum and Royal Palace, leaving them for a next day. 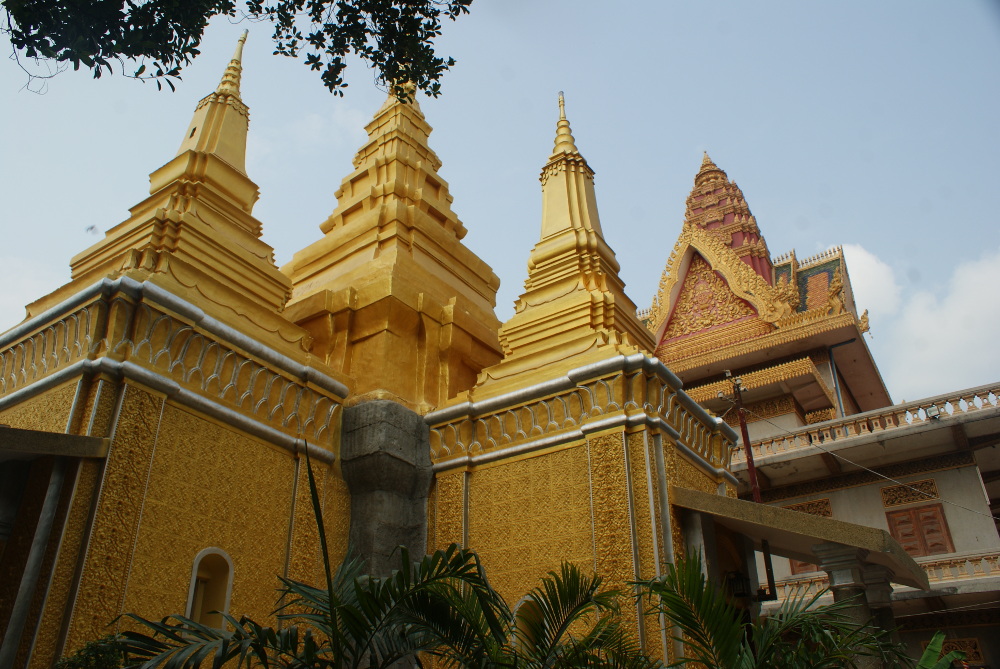 On the way to Wat Langka we noticed very impressive, golden and shiny building, the NagaWorld Hotel & Entertainment Complex and the (not so impressive) Independence Monument near the temple. This monument was surrounded by huge roundabout with no rules whatsoever, where surprisingly the cars and motorcycles were not crashing into each other and just smoothly merging together in a middle :) We couldn’t enter the temple but it was possible to join the evening praying ceremony but we were too tired for this and headed back to the hotel. 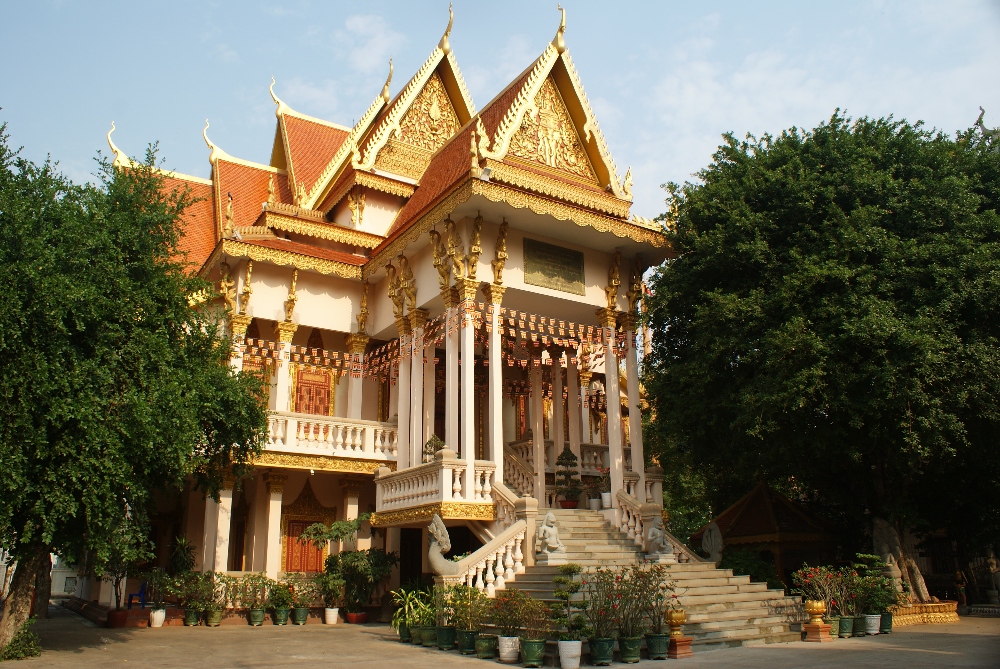 The city is still rising from the ashes after one of the worse genocides in the history of humankind. To get more information about what actually happened in Cambodia, we decided to visit Tuol Sleng (known also as S-21), central unit of almost 200 prison cells where people were locked up and tortured by the Khmer Rouge between 1975-79. The estimate number of prisoners hovers between 12 to 20 thousands from whom only 12 survived. Many prisoners which did not die inside Tuol Sleng, were taken later to so-called “killing fields” at Choeung Ek (17km from the center of the city), executed in a brutal and uncivilized way. Actually, why did the Khmer Rouge, led by Pol Pot, killed 1.5 to 3 million people, around 25% of Cambodia’s population? After the Vietnam War was over (Cambodia was neutral in this conflict), people believed better times arrived. Nothing could be further from the truth! When Pol Pot took over power in the country, he had idea to create a pure agrarian society where everyone would be peasants. All cities were forced evacuated and people moved to rural areas. He considered Western culture as vicious and all people connected to this culture like intelligentsia or even people using glasses had to be exterminated. He wanted Cambodian peasants to produce everything what they needed, but it wasn’t possible and many people died from hunger. While both world wars are extensively covered in high-school history lesson in Poland and Belgium, this dark part of modern history isn’t mentioned at all. That’s why visiting this place shocked me so much. It was not a very happy Easter morning. I would not recommend this place to sensitive people and kids, the expositions are really graphic and I couldn’t visit most of them by myself. However, we should definitely keep the memory of what happened  here. The brutal regime of Pol Pot was toppled in 1979 by Vietnamese troops and the current Monarchy was restored only in 1993. The Cambodian nationals still recover from that happened 30 years ago. 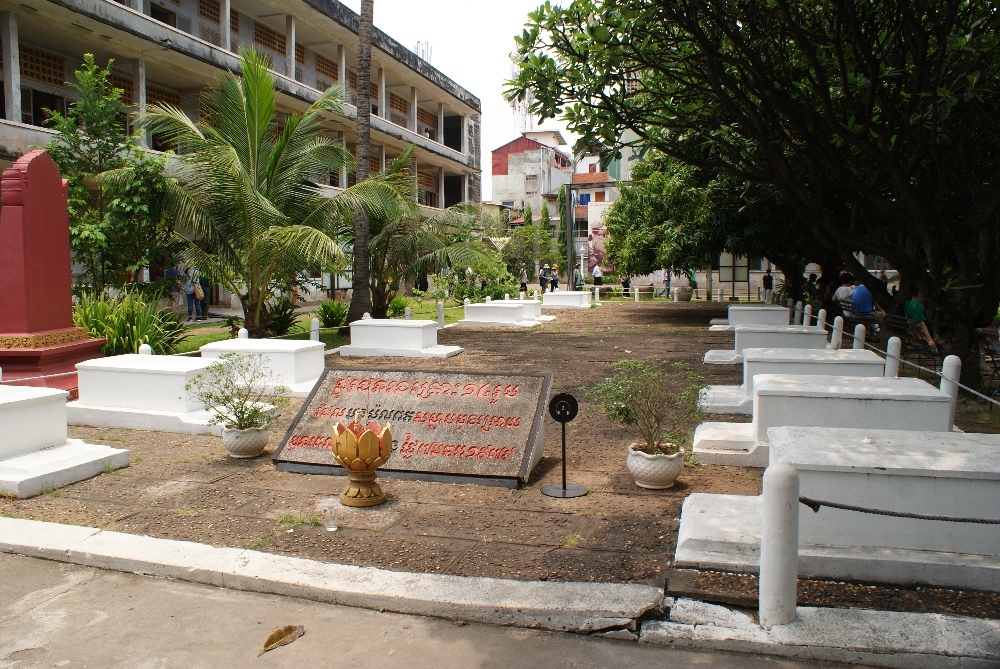 Graves of the last 12 victims found in the Tuol Sleng prison by Vietnamese soldiers on Jan 7, 1979 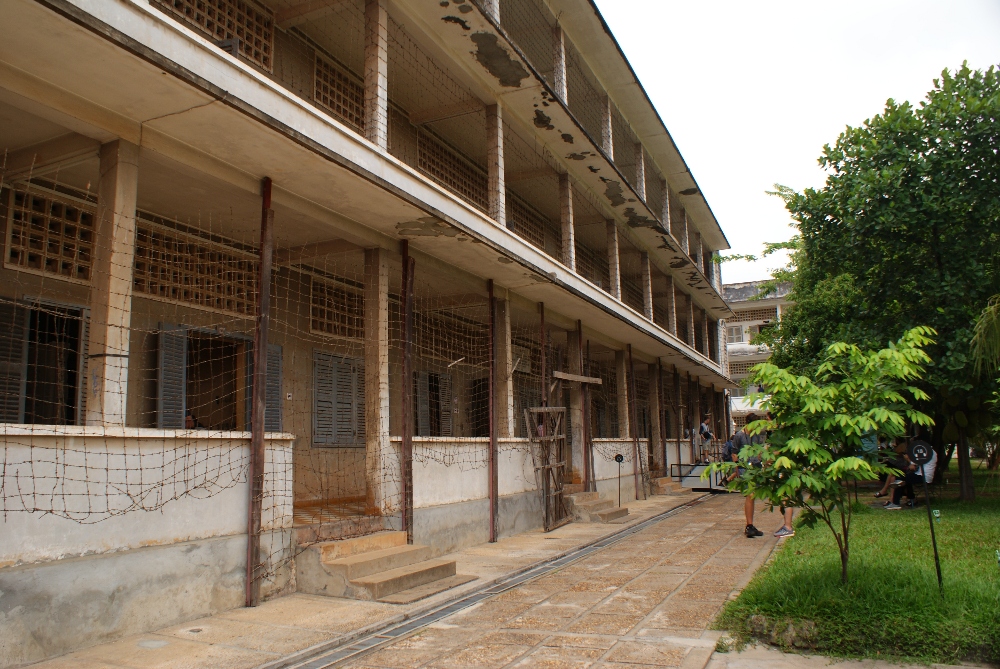 For the afternoon, we planned a more pleasant place to visit, the Royal Palace and Silver Pagoda. It’s not permitted to visit this place without proper outfit (cover your arms and knees, scarf on your arms in not enough!). The guards are very strict about these rules (as in Bangkok where my leggings we improper). We spent inside around 1.5 hour, wandering between the buildings preserved in excellent condition. We marveled also a beautiful garden with many flowers (among others Plumeria alba, the national flower of Laos) and trees in interesting shapes. 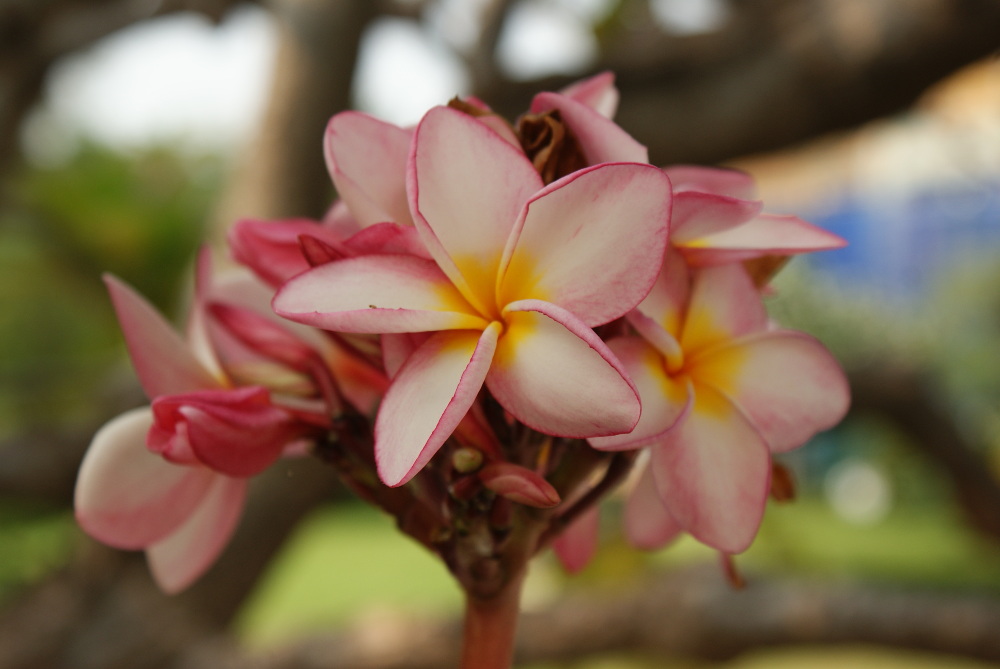 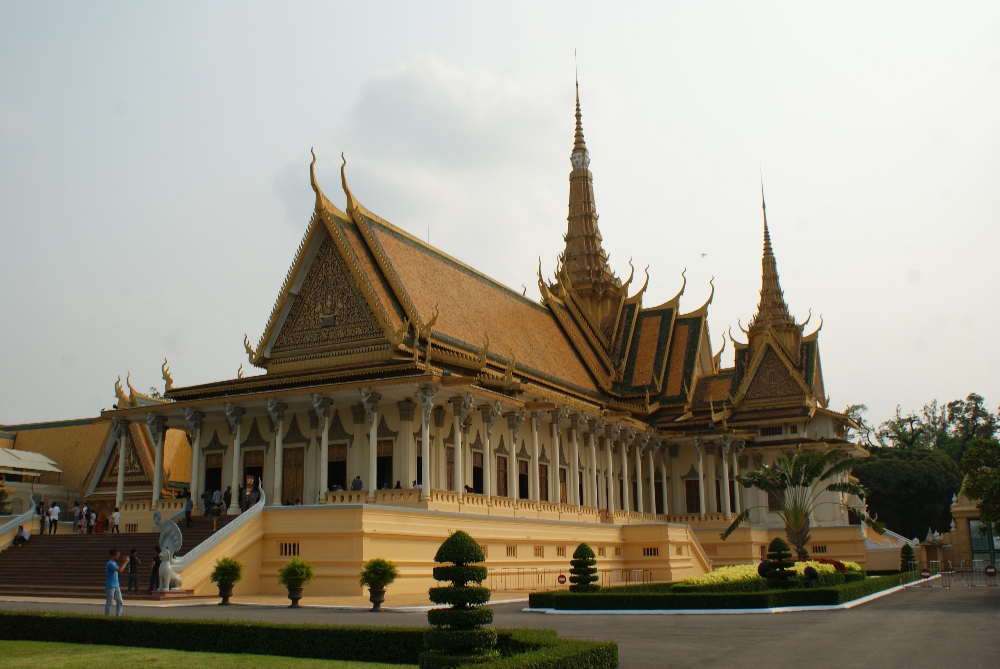 The Throne Hall inside the Royal Palace is still used as a place of a royal ceremonies (coronations, royal weddings, diplomatic meetings) 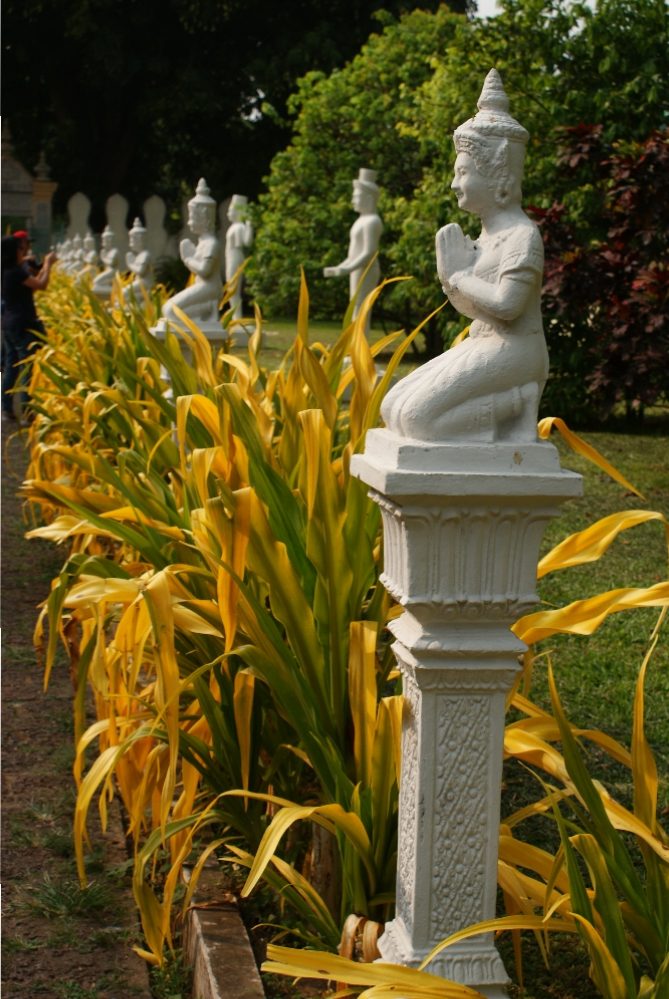 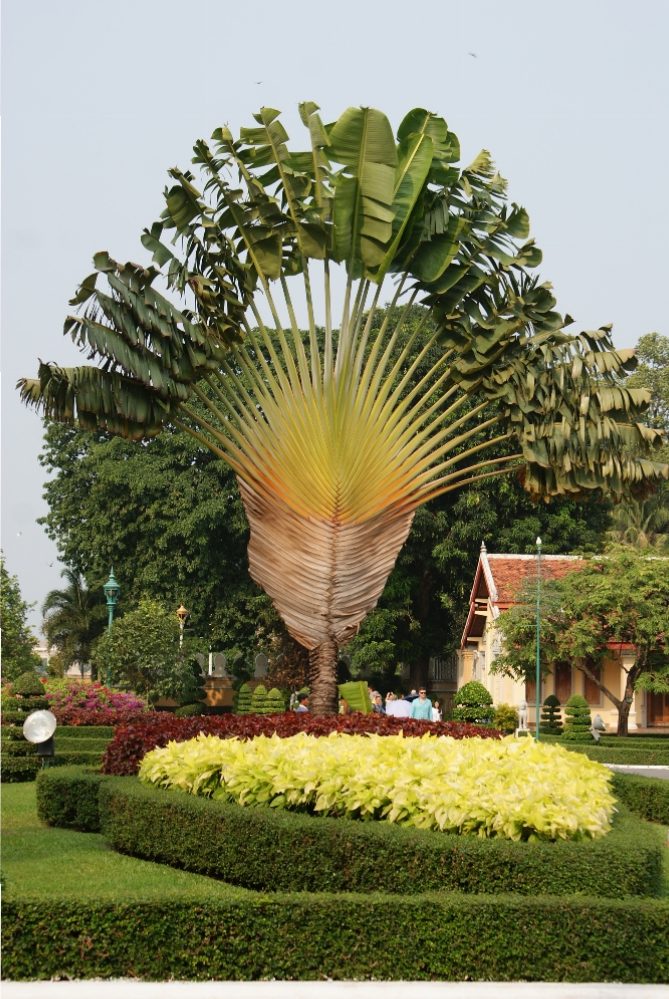 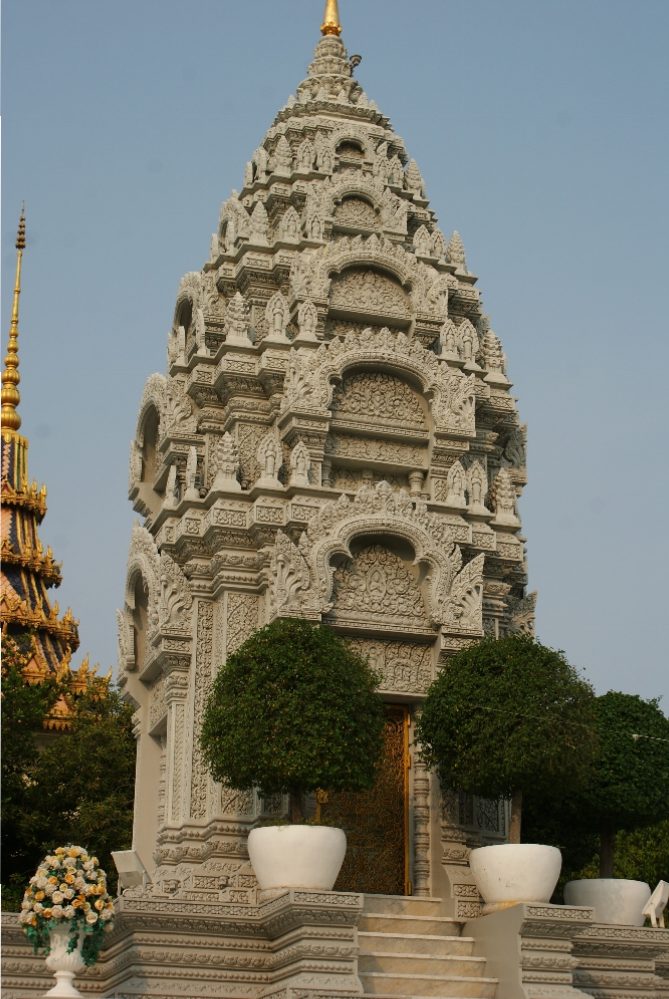 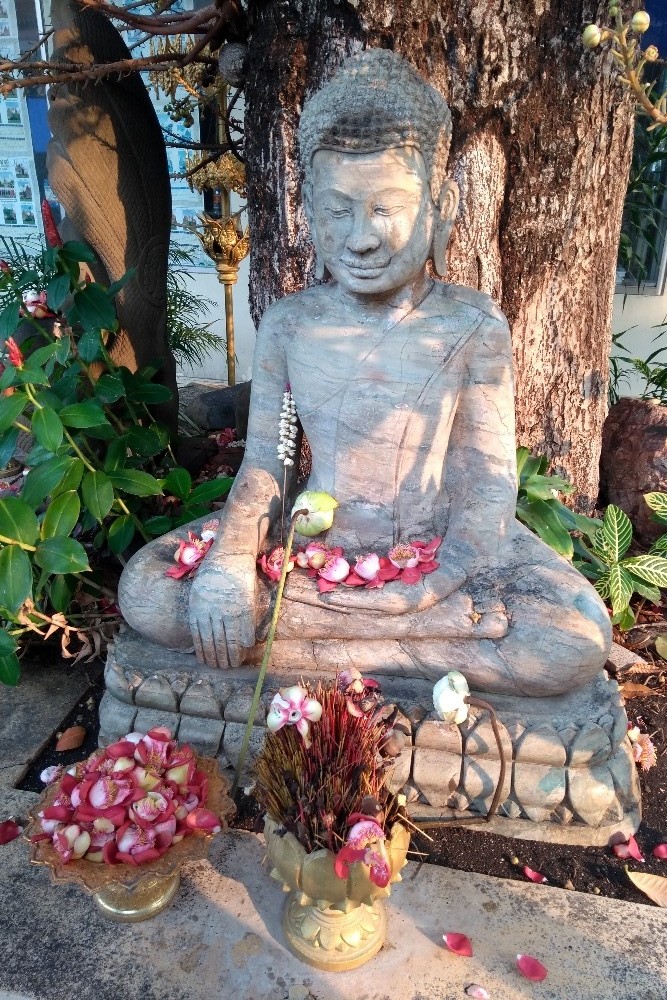 The floor of Silver Pagoda is covered with more than 5000 silver tails (at least 5 tons of silver!) though it was difficult to notice since there is a huge carpet on the floor for protection. It is a place where the King meets with monks. Inside, we spotted a big golden Buddah statue which weights 90kg and is adored with 2086 diamonds. There is also surprisingly small but very famous the “Emerald Buddha” of Cambodia which sits atope throne in the centre of a temple. Its shiny, green crystals readily keep the attendion of many visitors. I also really liked royal stupas located around Silver Pagoda which hold cremains of Kings. 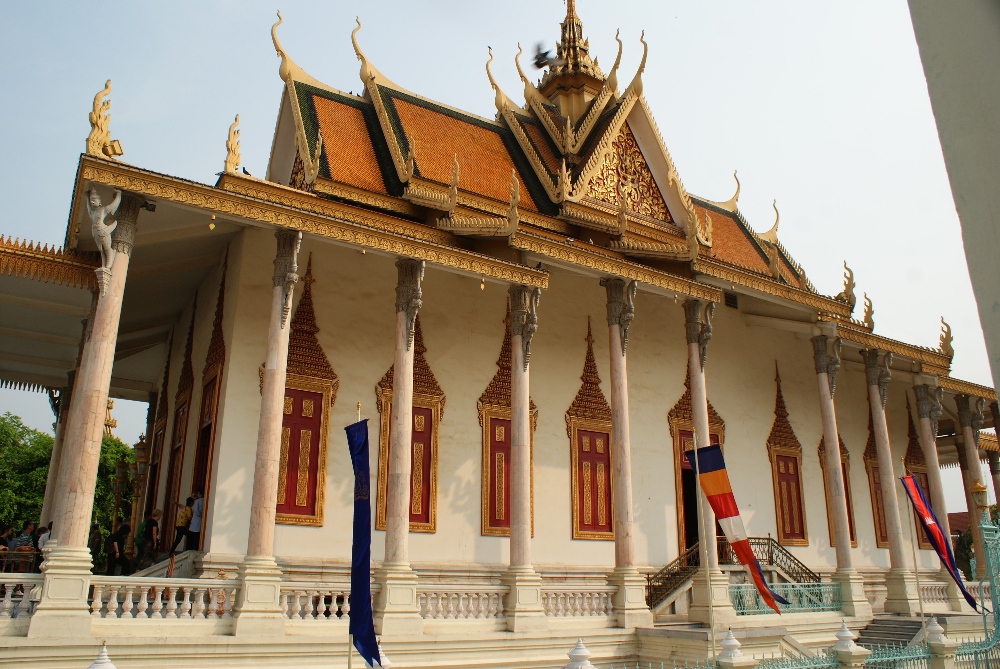 Silver Pagoda, known as the Pagoda of the Emerald Buddha. 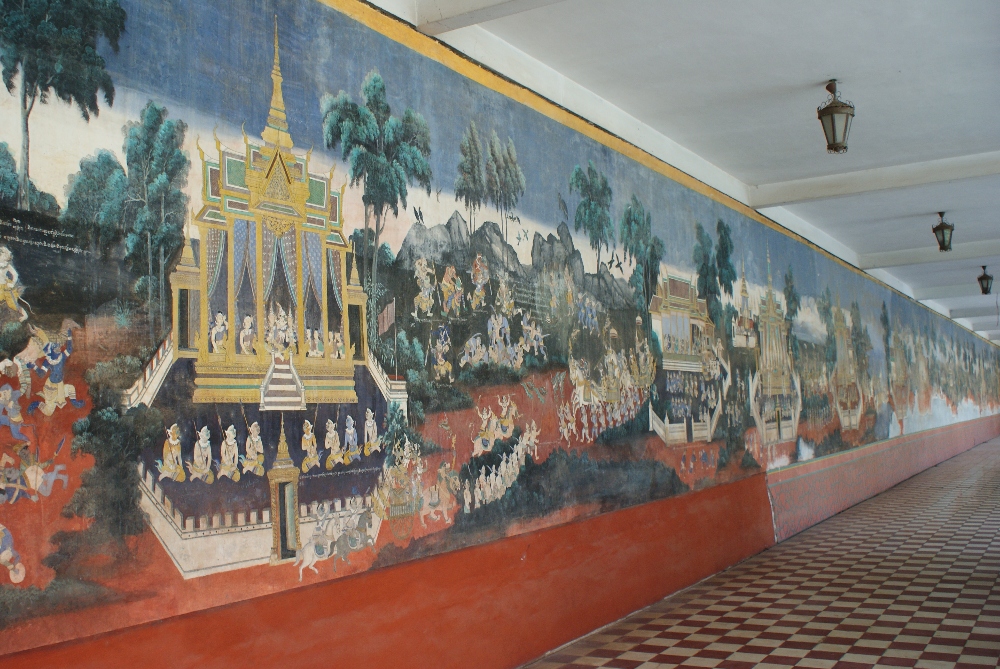 Gallery of the Reamker on the walls of Silver Pagoda complex. They present Khmer version of the classic Indian epic, the Ramayana. Only a small part is restored what is clearly visible on a photo 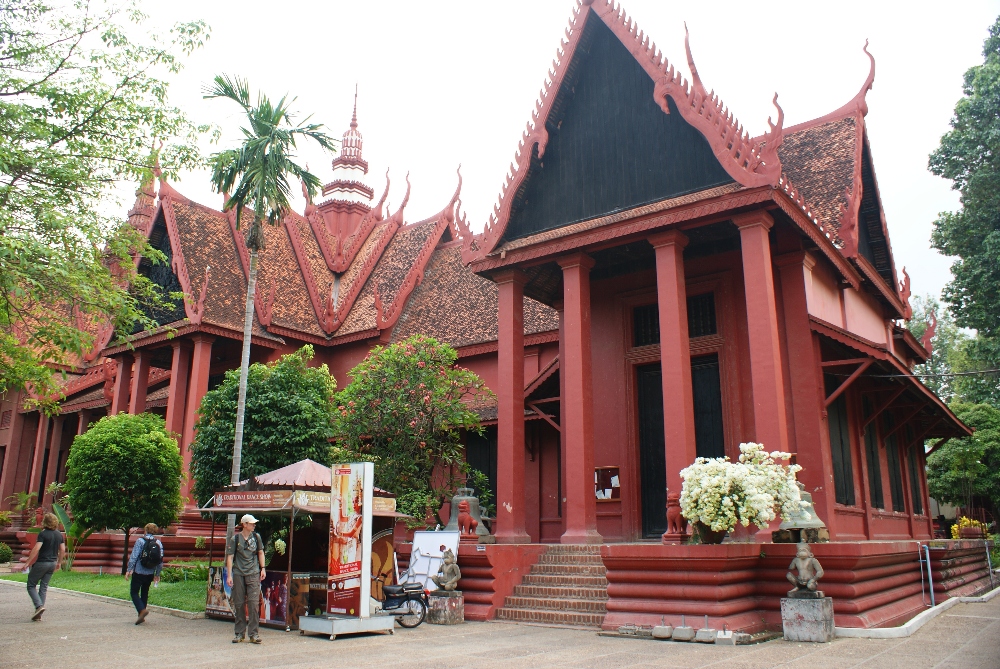 Next day was quite lazy. Just some shopping on a nearby market (we needed more clothes!) and visited of Wat Phnom. The temple in located on a small hill, from where the capital city got its name. The temple is not impressive but there is a nice park around to escape from the noisy city (1$ entry fee). We also got our tickets to Siem Reap and booked a room there for the next five days.

Interesting fact for a cat lovers: The population of cats in Phnom Penh is mostly tailless or with a short, crooked tails. Most likely a genetic mutation is responsible for this state, however without genetic tests no-one is sure if it’s the same as the Japanese bobtail or manx or a totally new mutation. 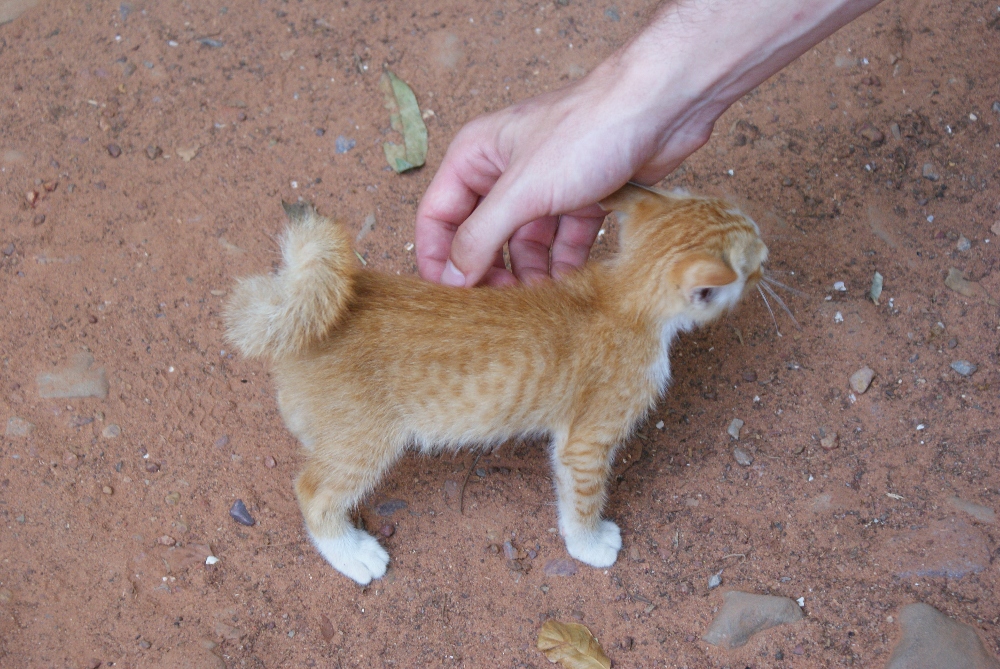 Probably best to leave stray cats alone, but Sebastian decided to distract this one long enough so I could take a sharp picture :)

Share:
Previous: Kampot and Kep, on the... Next: PassApp: Getting around Phnom Penh...