The weather was again amazing, the air a bit chilly, but no rain predicted and that was crucial. Our plan for today was to visit the city located on the border with Belgium, Cadzand-Bad… on foot! First, we had to walk straight to the beach where we ended up just if front of the Zwarte Polder nature reserve, surrounded by green fields with many sheep walking idly in the sun. Great place to observe seagulls, they were flying just above our heads. Only after taking out my long camera lens, I was able to snap a couple of good, sharp pictures of them. Very quiet area with high grass and hidden small ponds which are nesting places for many bird species. 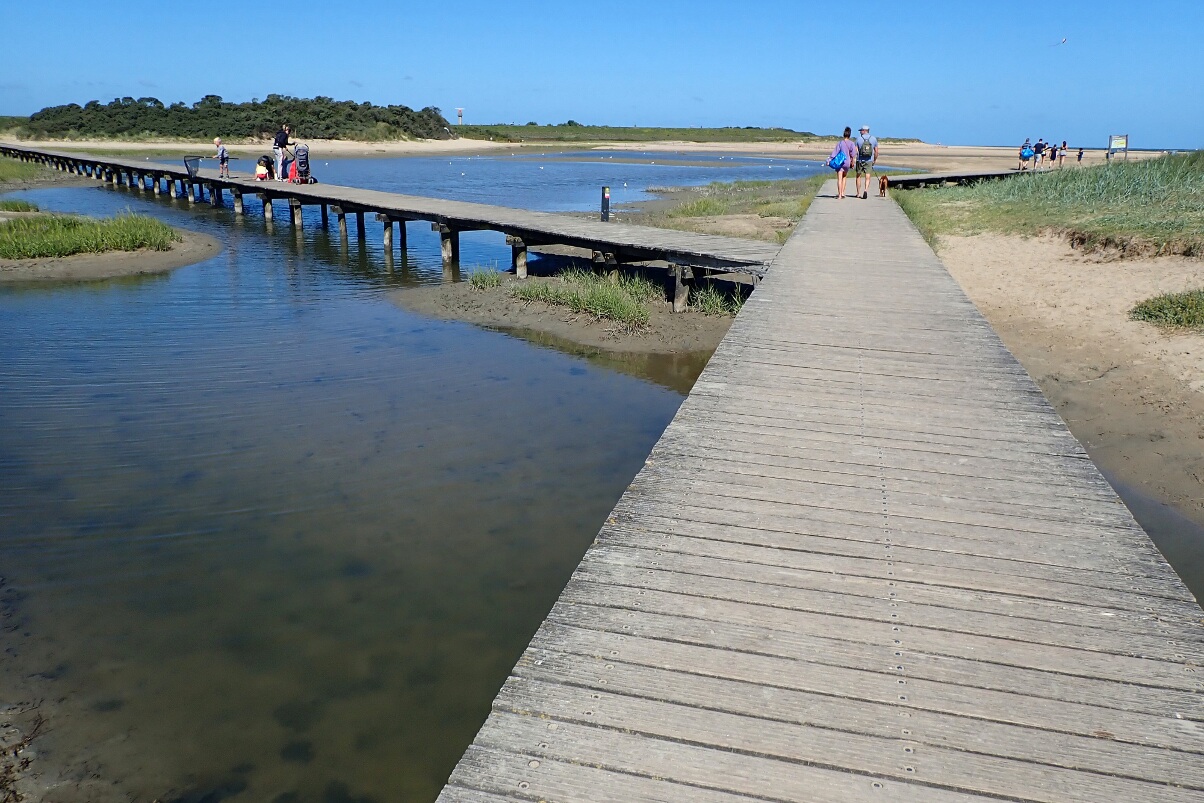 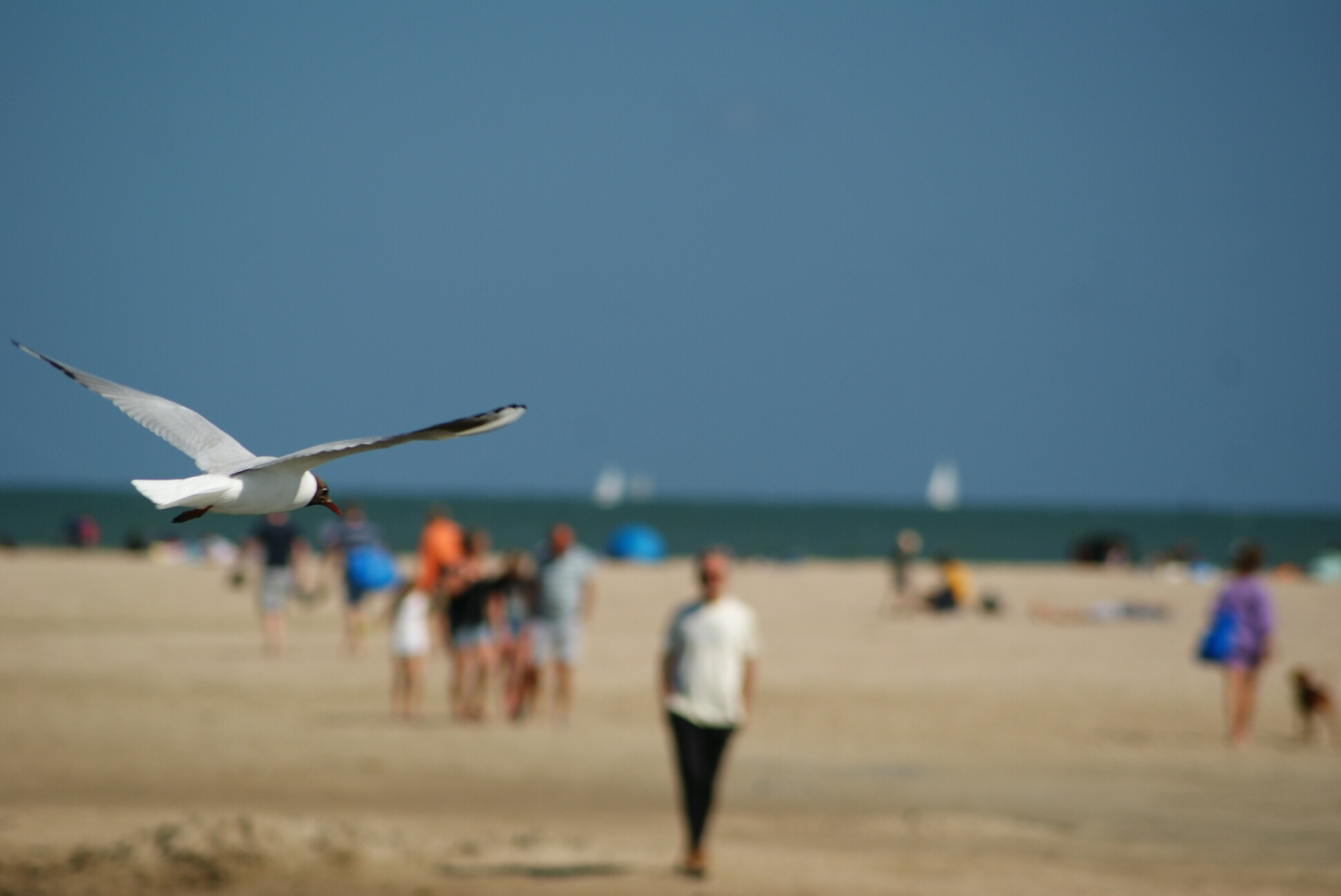 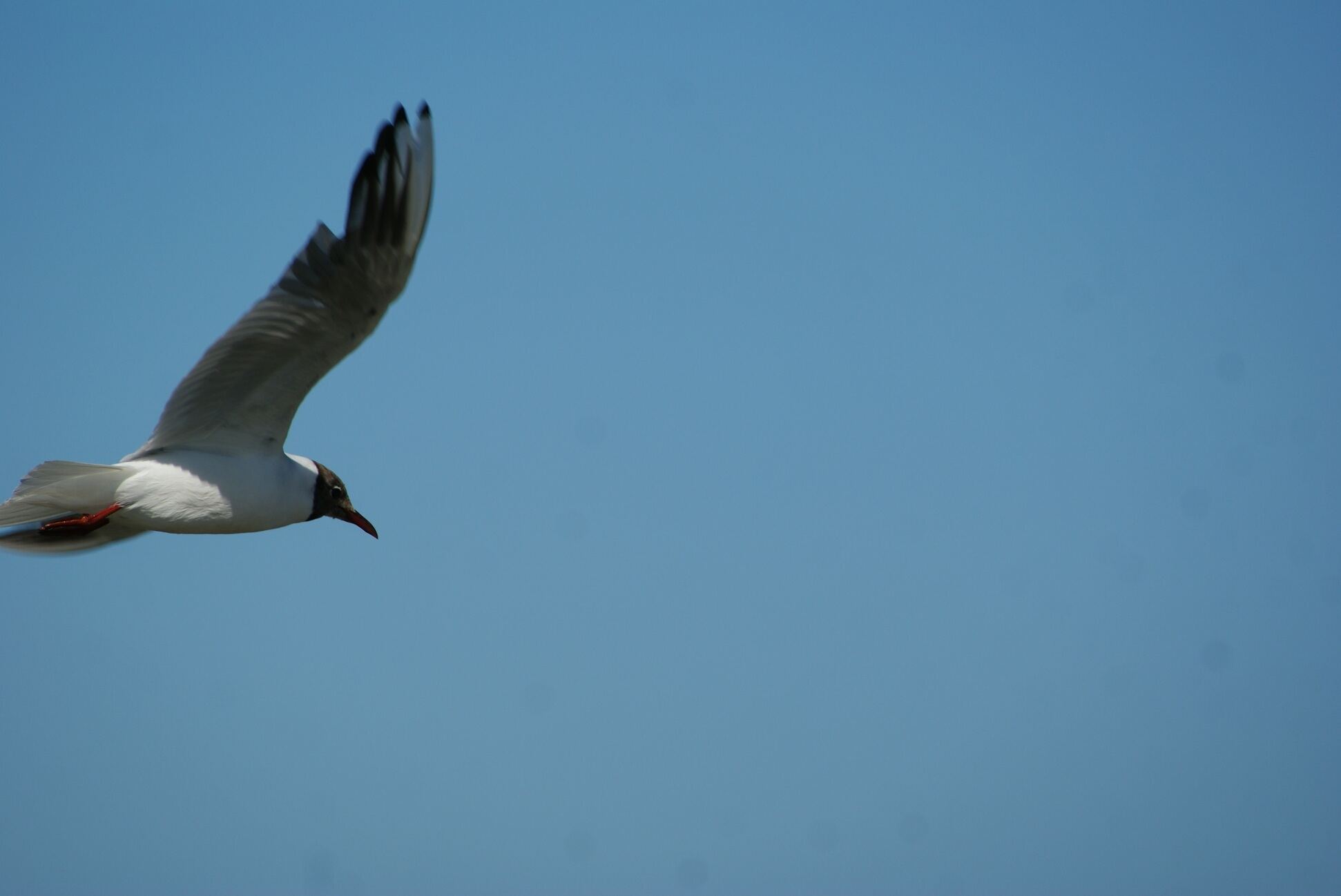 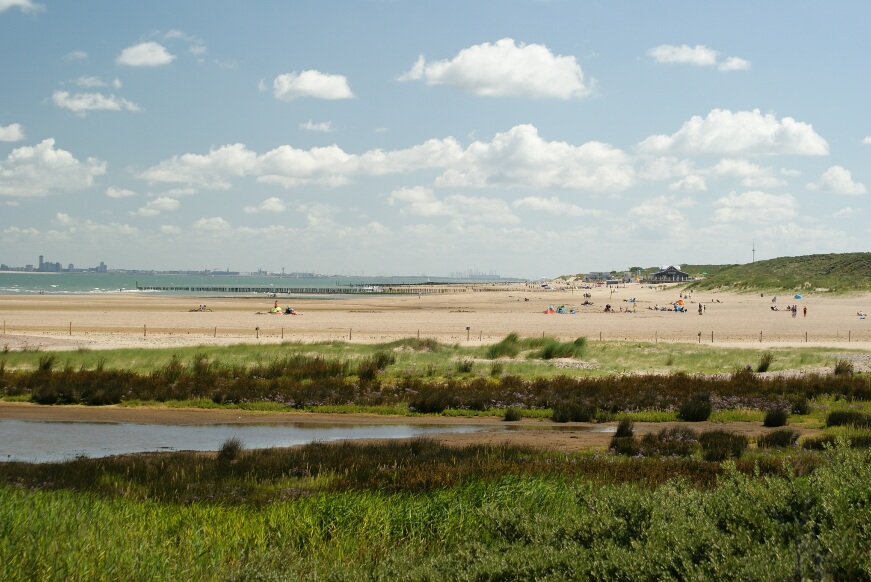 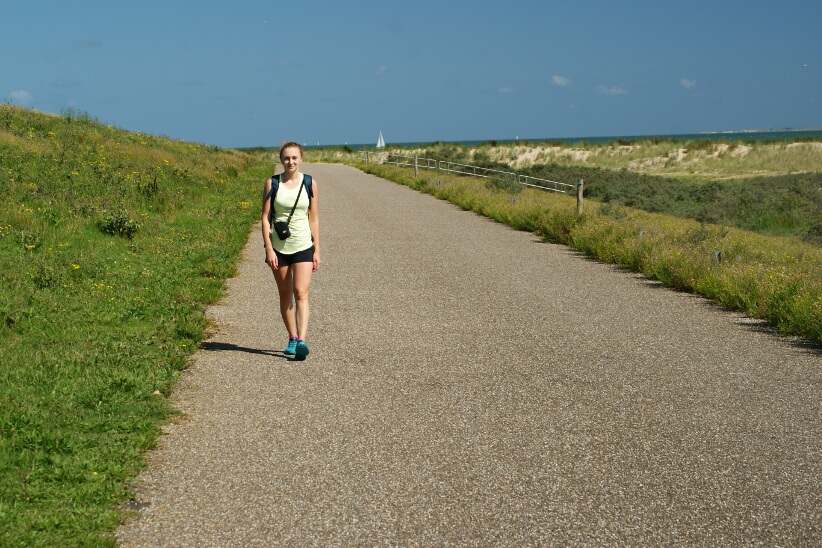 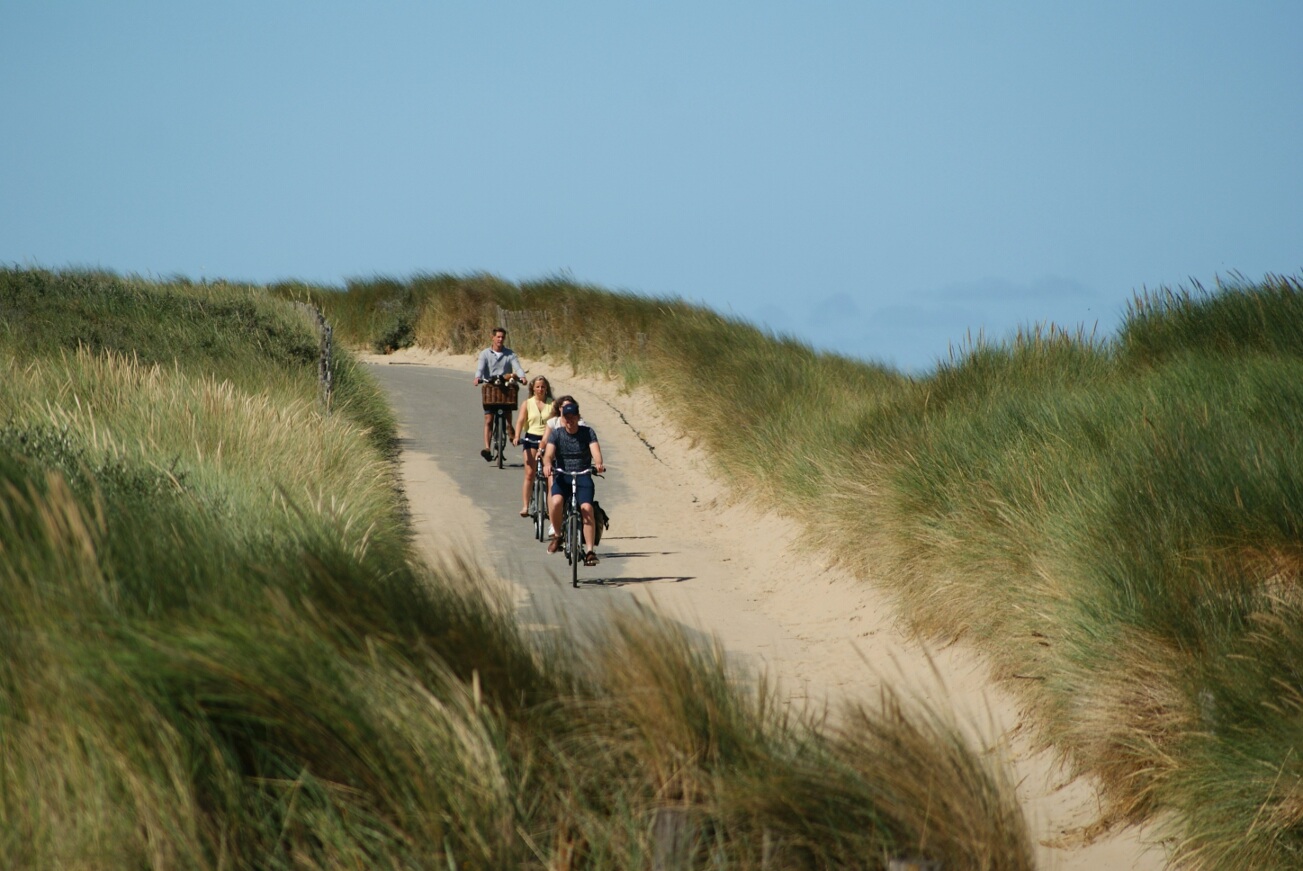 It was very easy to walk along the water where the sand was still wet and quite hard. As we got closer to the Cadzand-Bad, big hotels and apartment buildings started to appear on the horizon. In the Netherlands this is rare, but the Belgian coastline is packed with buildings like that. I remember being in Oostende, a city in Belgium with even higher hotels what results in many people visiting that cities and indeed, also here we noticed that it was more crowded on the beach but also in the city. As these hotels were located along the beach, laying on the sand was not that relaxing anymore. I agree, the view from the higher floors during the sunset must be amazing but the character of the beach and dunes … it’s not the same anymore with these tall buildings near the coast. 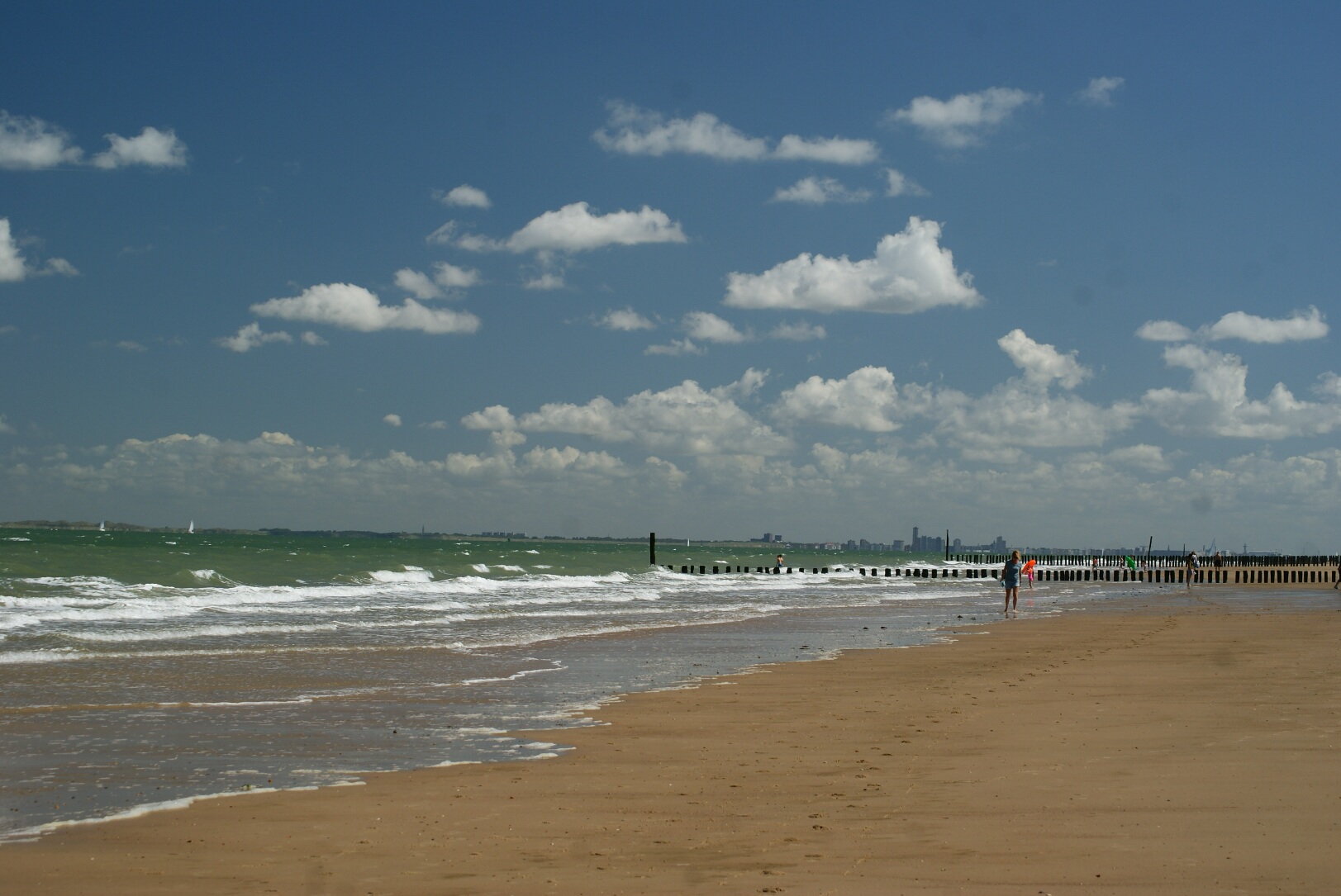 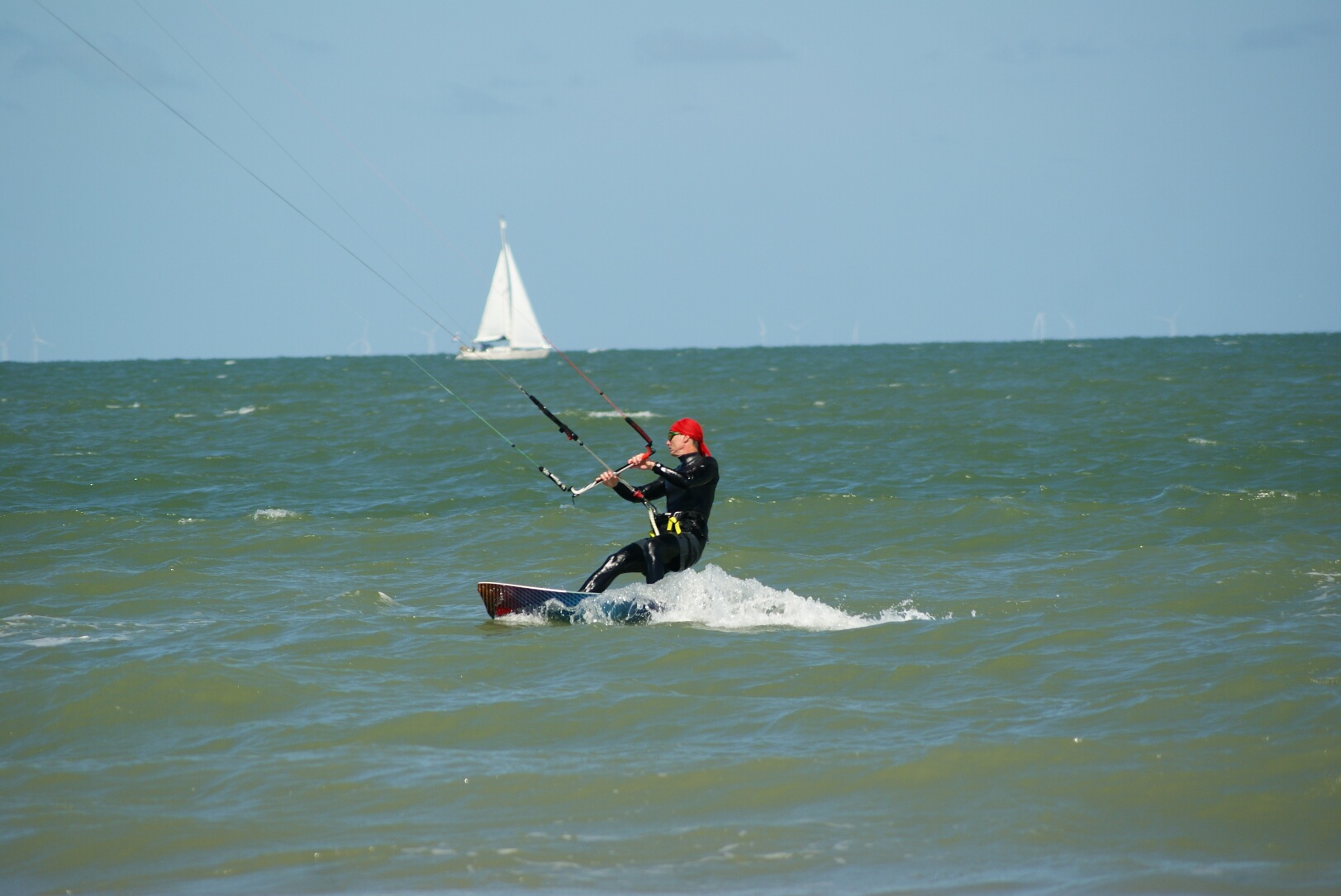 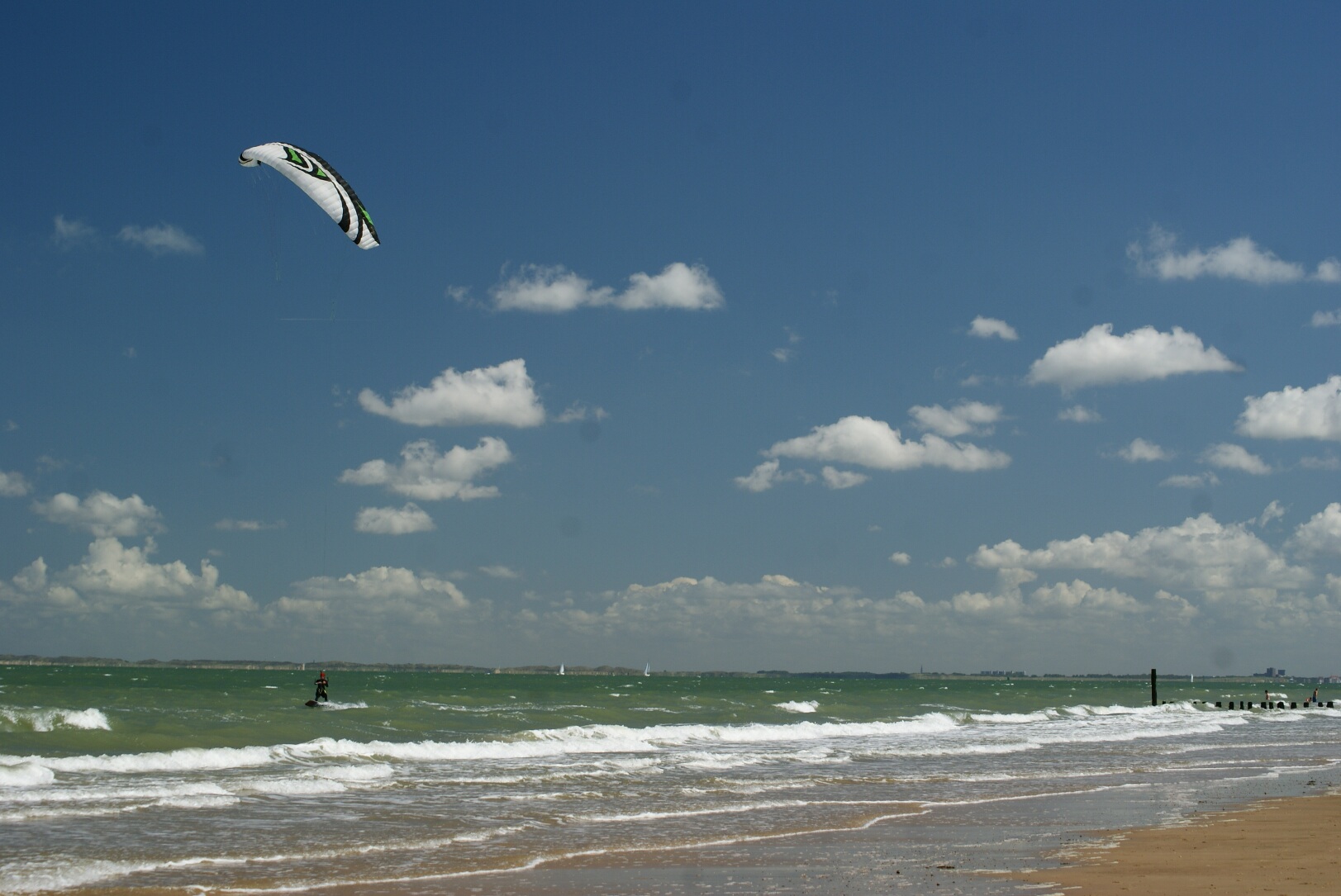 We passed small harbour and followed cycling line in the direction of Het Zwin Nature Park to finally reach viewpoint where we could see in the distance place of residence for many bird species. You need to book a ticket to visit this park but the entrance is located on the other side on the enclosure from where we came from, actually it’s already Belgium. The border between the countries runs just through the nature reserve, actually the viewpoint we reached had a small concrete post indicating the border with Belgium. We decided to rest on the beach nearby the viewpoint as it looked less crowded than close to the city center what you can see on the photo below. 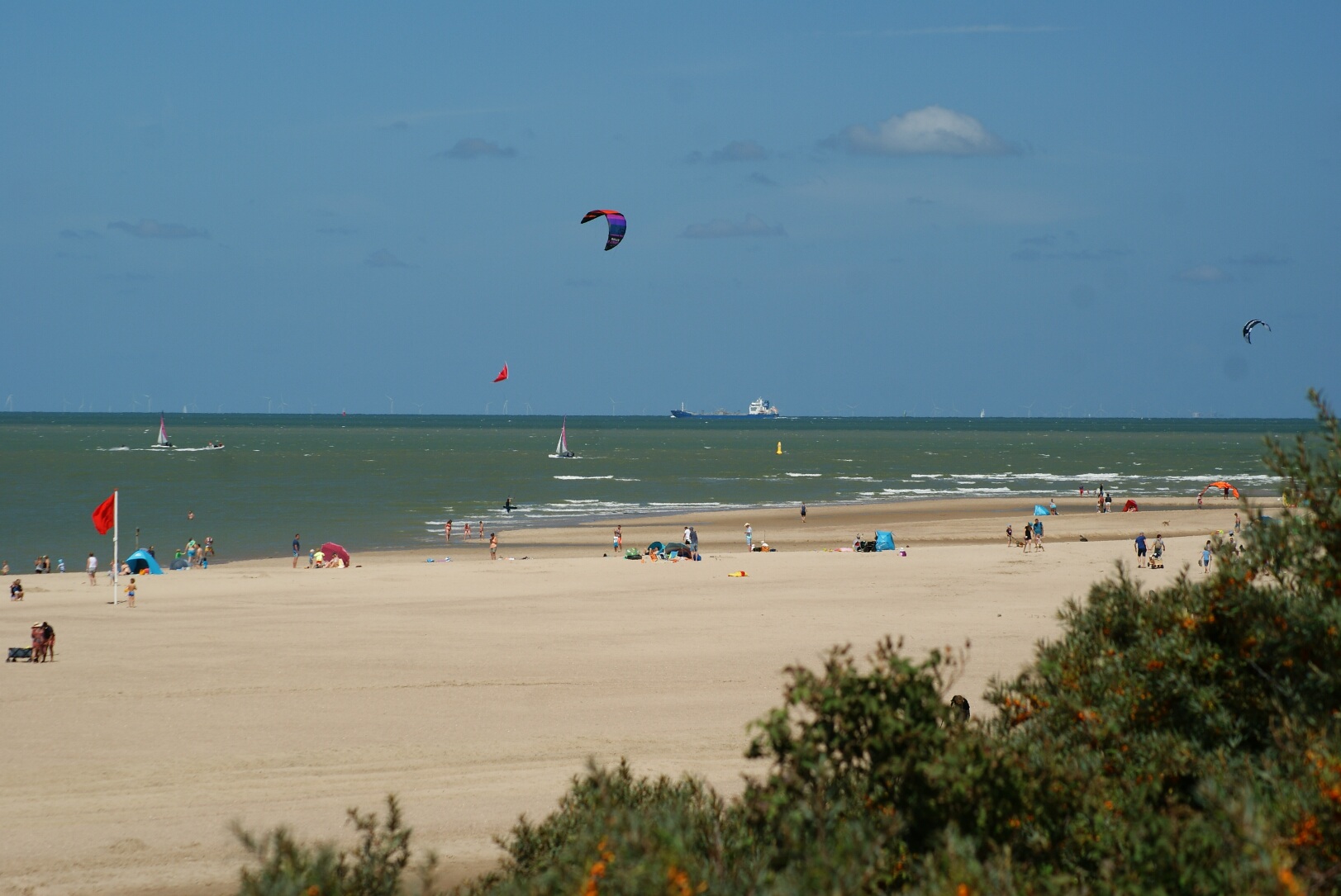 In was our last evening on the camping and last chance to see the sunset. Despite the many kilometers we already walked that day, going to the beach again was a must. This evening the sky was almost completely clear and as most people already packed their things and headed home we didn’t meet many people on the beach. The local riding school took their horses on the beach, which looked so amazing with the sunset in the background! :D 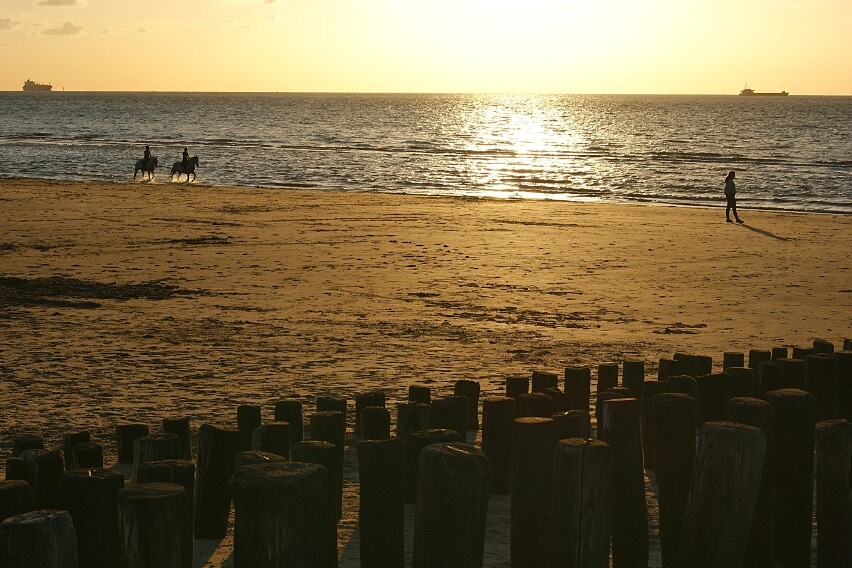 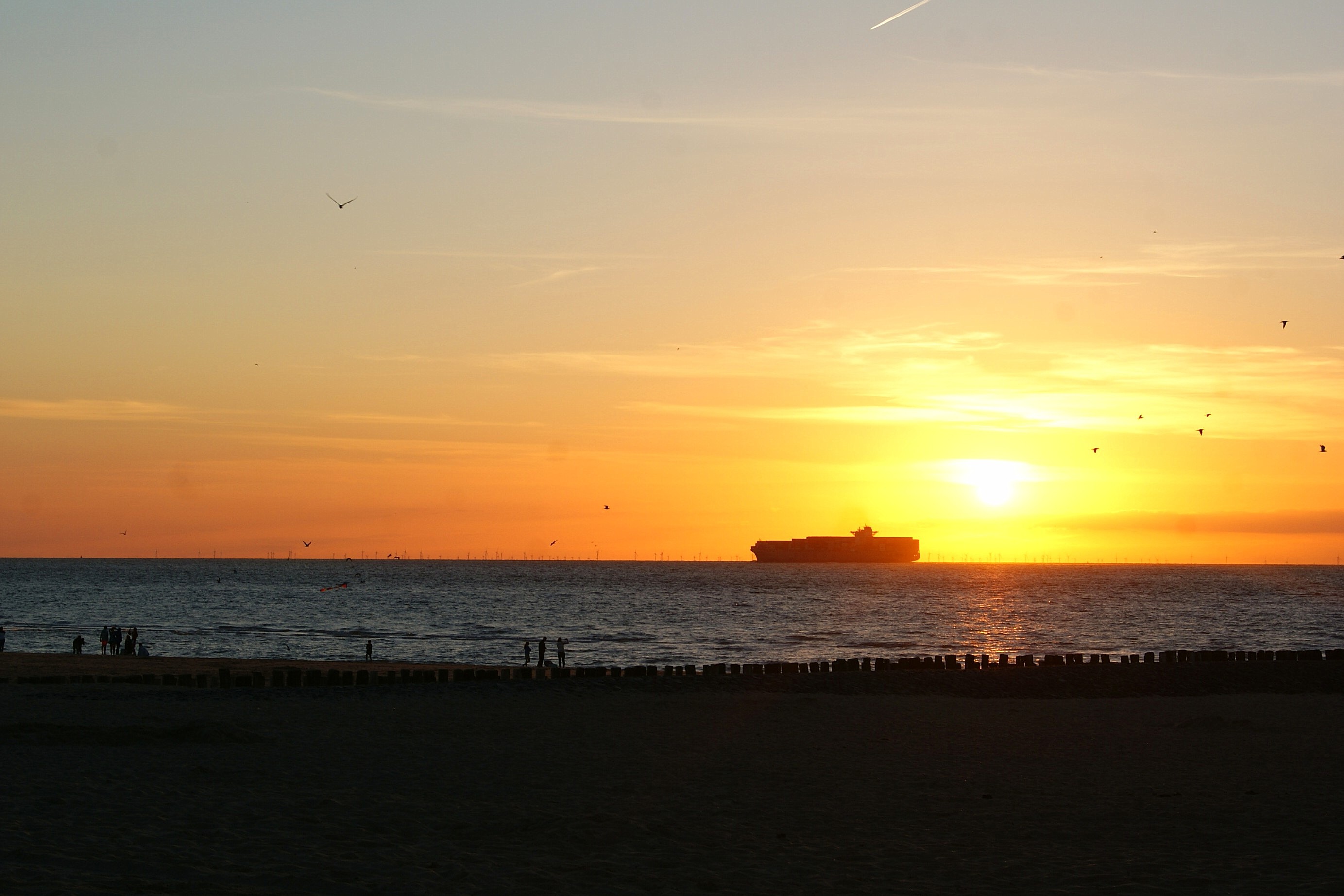 The next day we just wanted to rest on the beach and catch some sun before heading back home. While running during the first evening, I spotted big parking and a nice beach, just before the Waterdunen nature reserve and we decided that it should be a good spot to check out. Imagine, my surprise when we ended up in the middle of naturist beach! During our previous trip the same thing happened and I have learned to look out for beaches marked as “nudistenstrand” … but apparently the is another term which is didn’t recognize “naaktstrand”. Well, there is still a long way ahead of me to really know this language :D

We walked in the direction of nature reserve where the beach ends. The nature reserve consists of wetlands which are connected with the sea and it’s not possible to walk along the coast there, you need to go around. After few hours on the beach, we decided to leave and when we were about to go back to the car we saw a small group of people next to the water, taking a photos of something in the water. As I got closer with my camera, a seal put her head above the water and cheerfully played with the water. That was very nice and unexpected attraction! 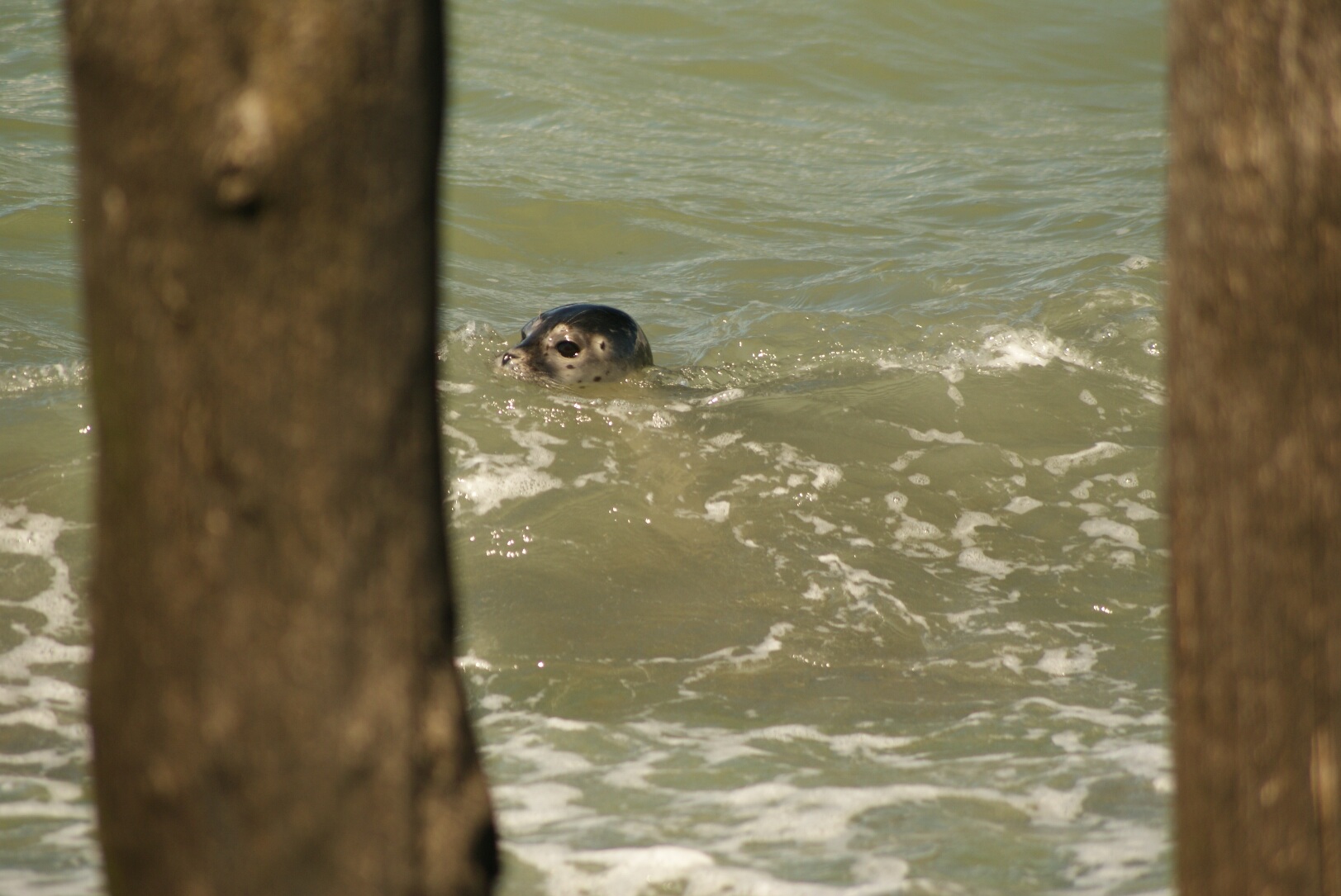 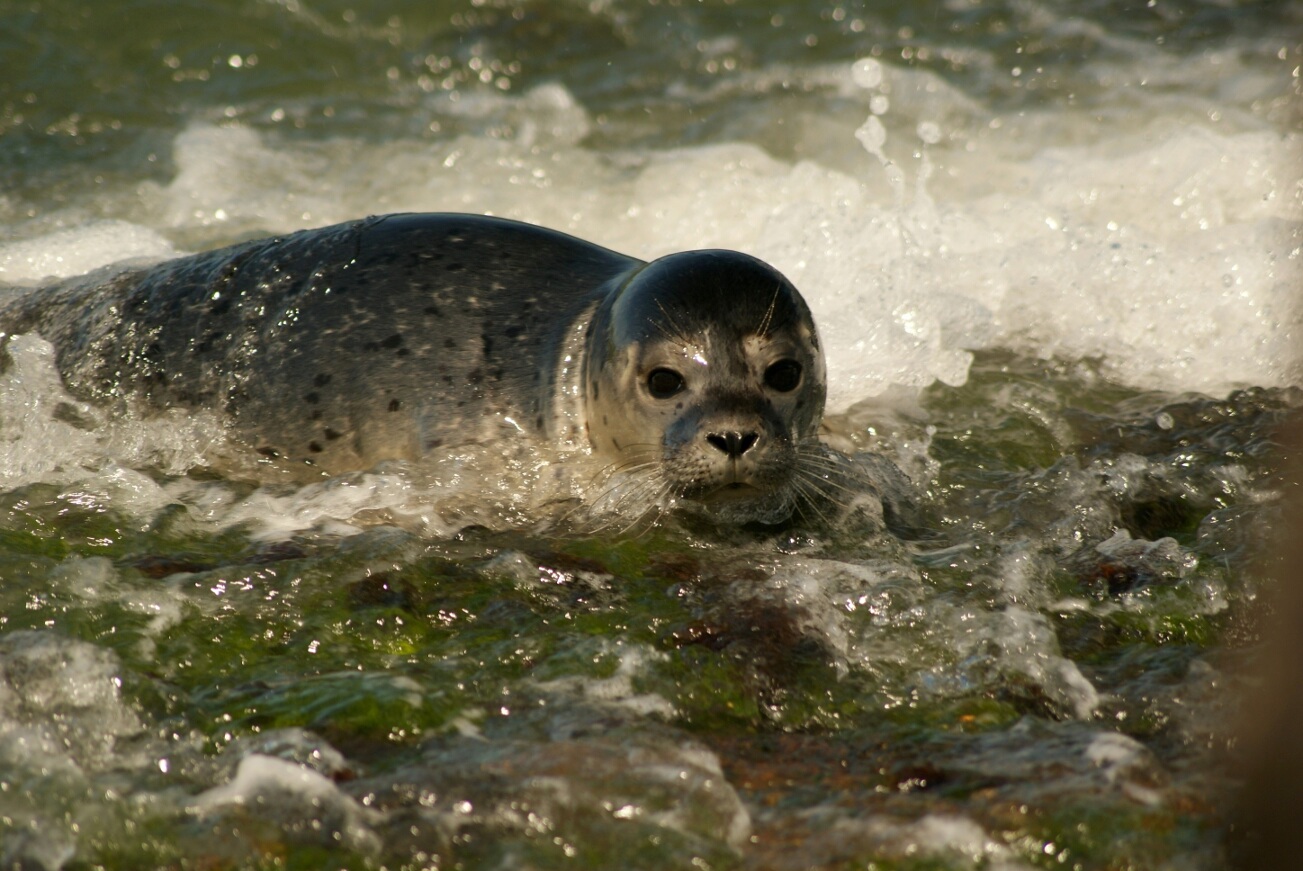 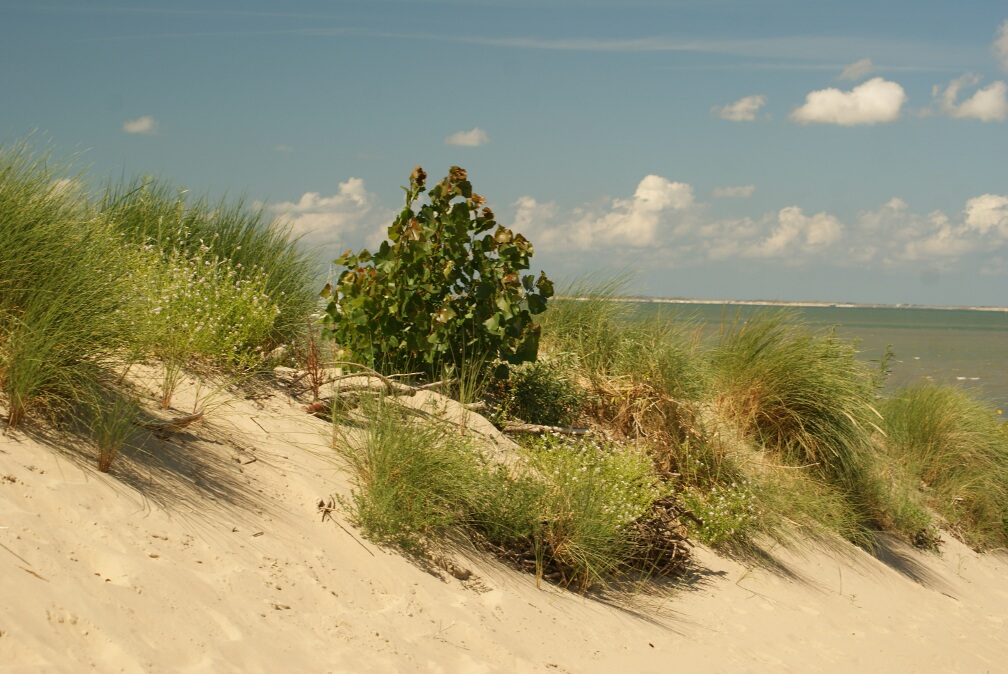