We had no clue what to expect about Cambodia cuisine. Is it actually different from Thai or Laotian cuisine? Before this trip we referred to virtually all dishes from this continent as Asian food :p After visiting a few countries we became aware these are vastly different countries, each has their own local culture and cuisine. While Thai and Vietnamese restaurants are common in Europe, the Khmer kitchen was a mystery… we have never seen any restaurant with Cambodian food on the menu. Why is that? I guess because not that many ethnic Cambodians are living abroad (the biggest group lives in France) where they could promote a culture and cuisine of their own country. Another problem is very high application fee for a Cambodian passport (100$ for a 10-year passport while in Vietnam the fee is only 15$) so not many people have it and travel abroad. Our tuk-tuk driver told us monthly salary for someone working in a hotel is between 70-120$ depending on the job. I can imagine it is extremely difficult to spend the whole month’s salary only on a passport, not to mention being able to afford plane-tickets, a visa, a hotel, … once you are abroad.

We both totally FELL IN LOVE with Cambodian cuisine and food-wise it is our number one country in Asia :D In this post I will try to introduce you to a few typical dishes. First a little bit about the most important meal of the day, breakfast. In Cambodia, a baguette is very popular since it was a French colony in a past. It was a basis of our breakfasts, combined with an omelette or a jam with a cup of strong coffee, sweetened with condensed milk or a fruit shake (mango, pineapple, papaya, all taste delicious) :) As a main meal usually rice with meat and a larger variety of stir-fried vegetables or curries. Another important ingredient is the famous Kampot pepper which is often used to make pepper sauce. Seafood was available everywhere, however I can’t tell anything about it because I don’t eat seafood :p A few times I had  fish and it was really delicious.  Turmeric, galangal, ginger, lemongrass and kaffir lime leaves are essential spices in Khmer cooking. As a dessert I had many times a pancake with mango or banana and sweet condensed milk, yummy! Most of the time we had to wait quite long for a food but we need to remember that all meals are freshly prepared, they are simple but very tasty! Food is also less spicy compared to Thailand (including red and green curry). 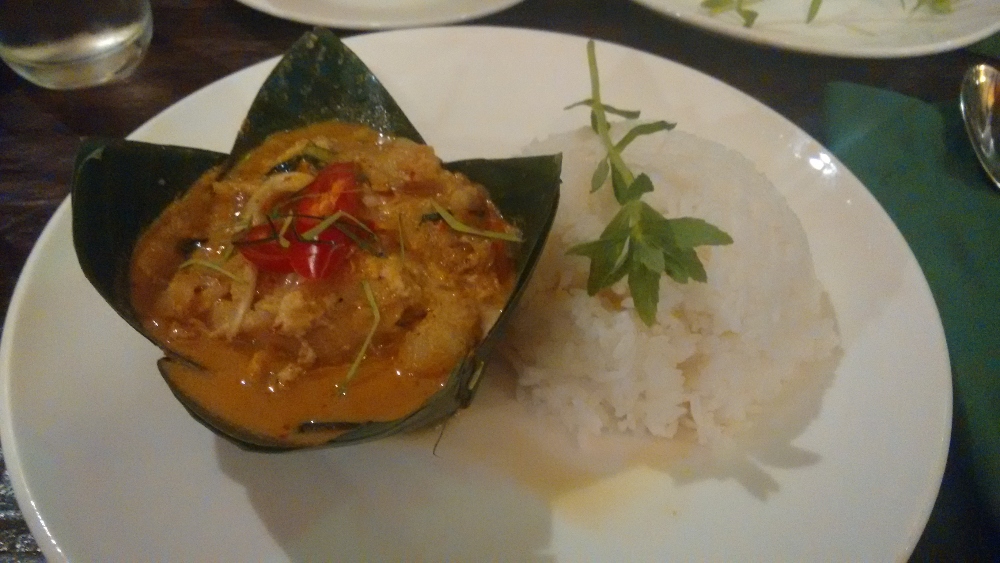 Amok is a thick soup with pieces of fish (traditional version), chicken or beef, steamed in banana leaves 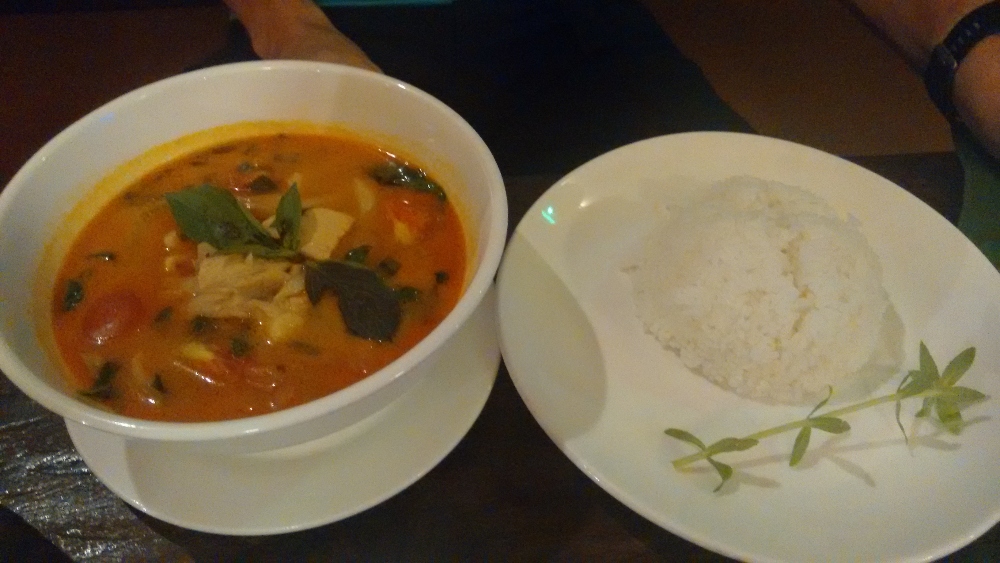 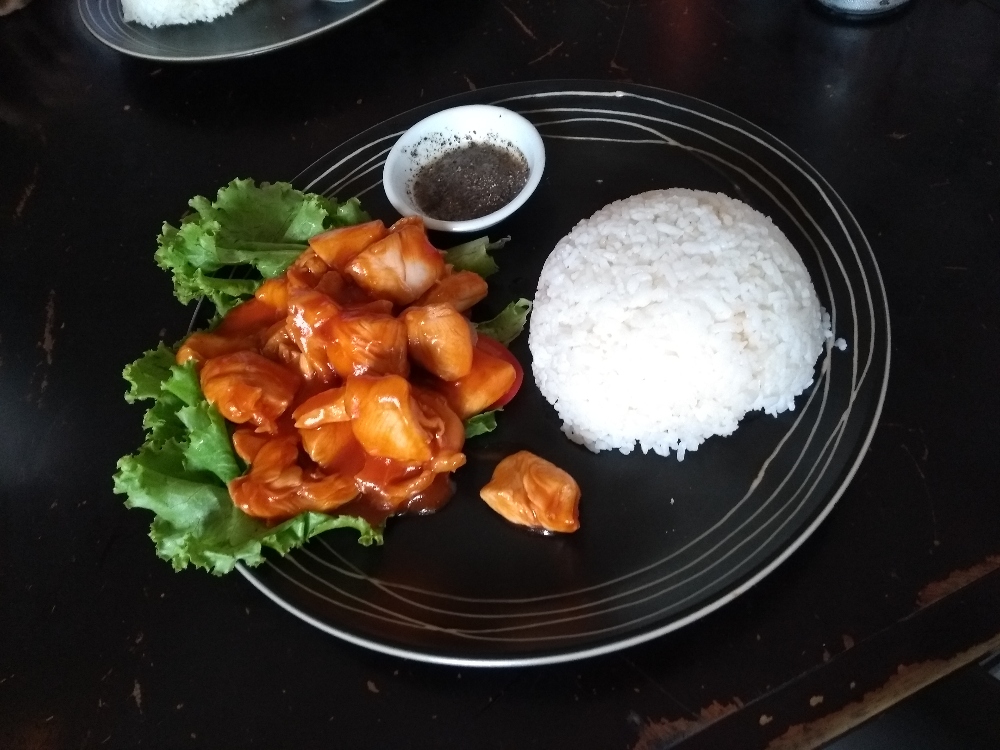 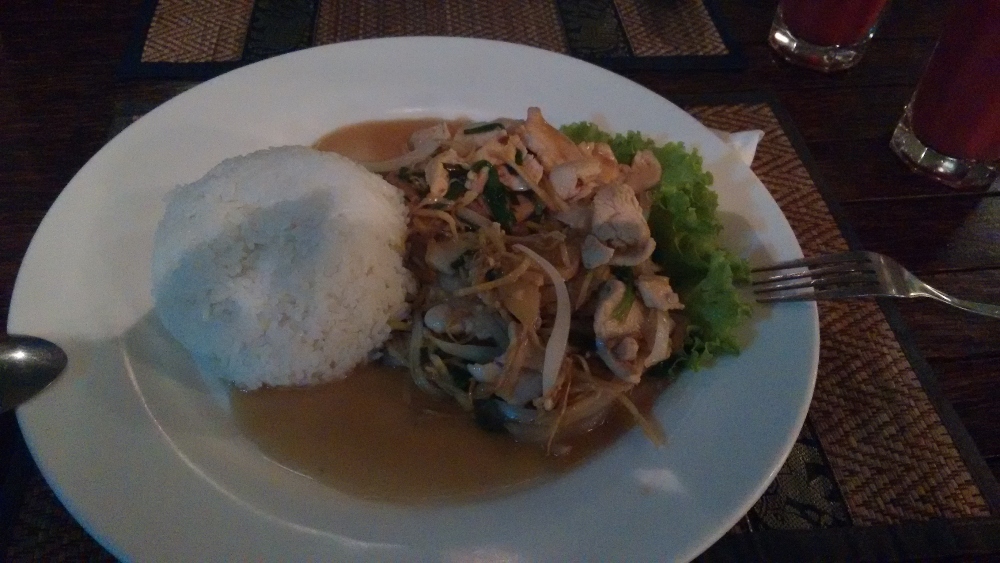 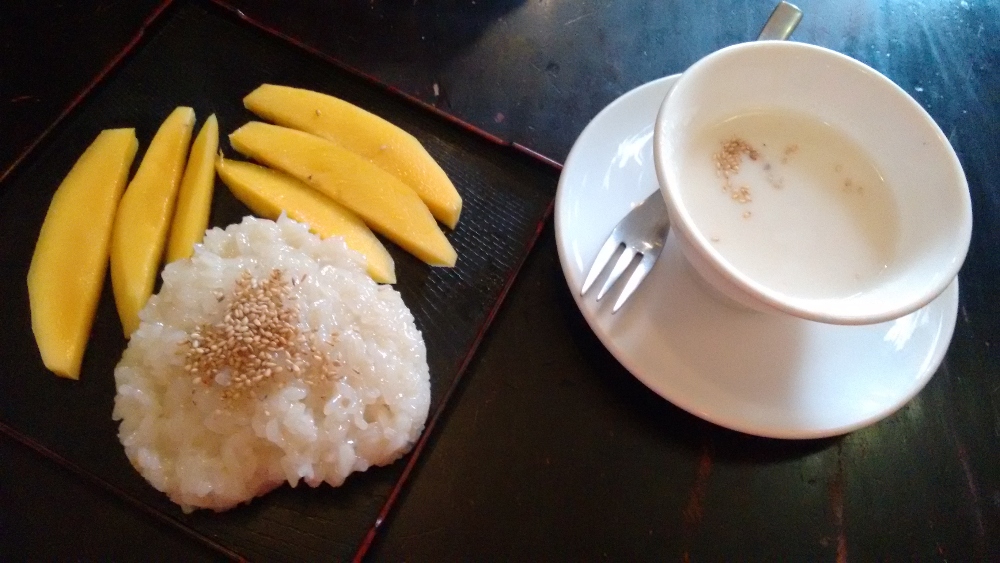 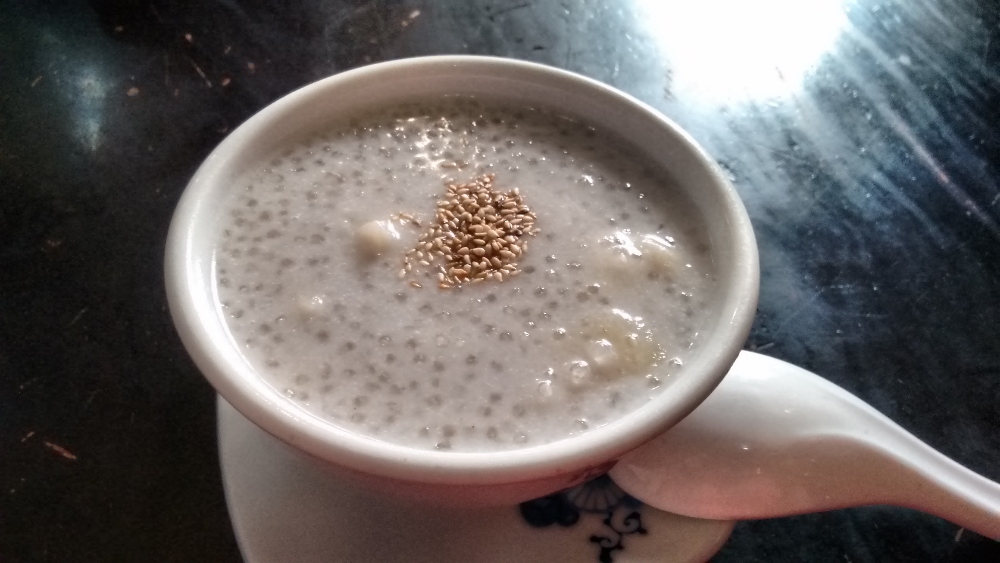 Tapioca pudding with banana and sesame. Bananas which are available in Europe are not suited for cooking something like this ... I already found out the hard way ! 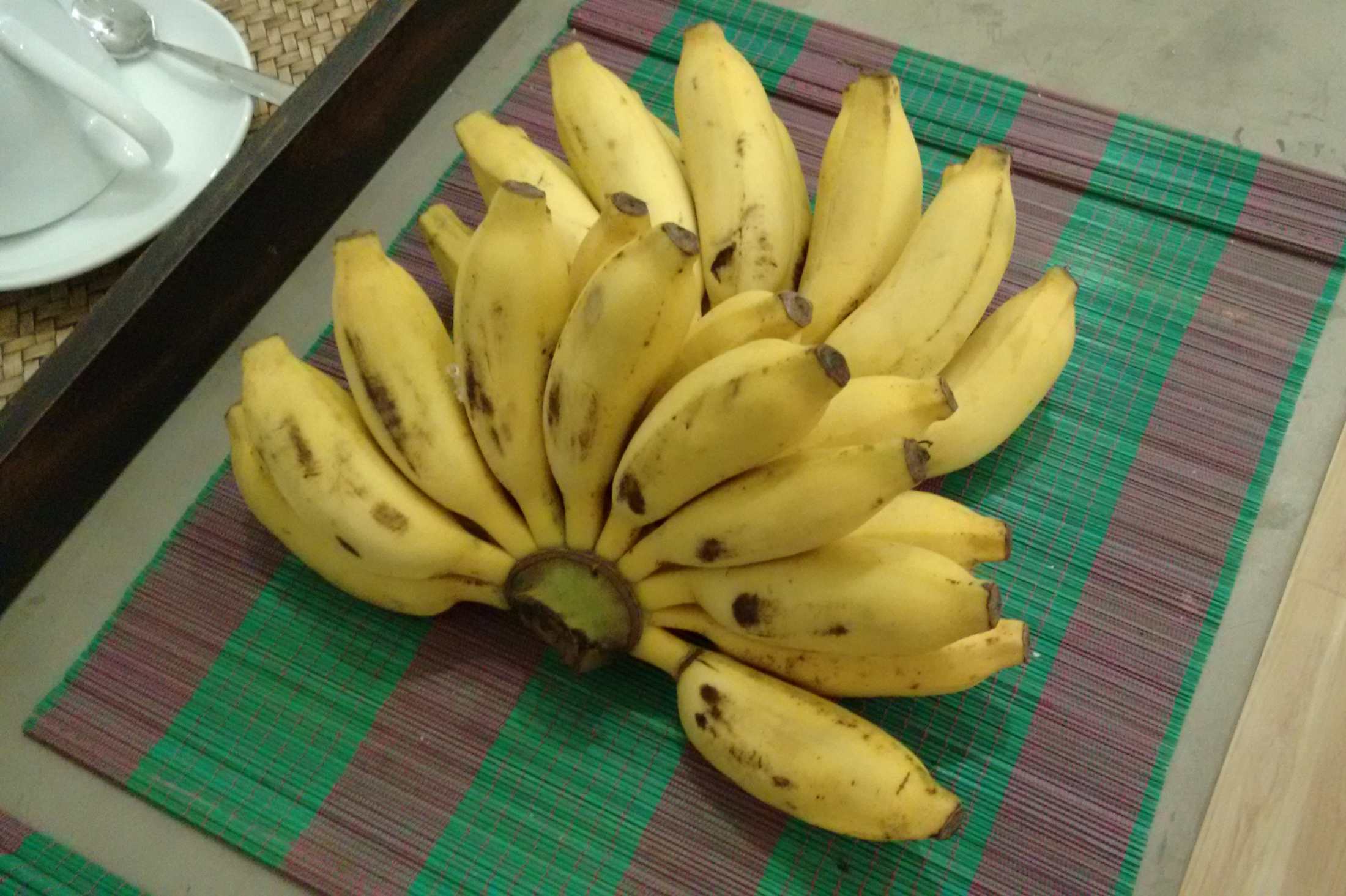 Since we were traveling only by bus, it is important to mention what you can get as a snack during a break.  Fried banana chips, cut fruits, various meat from barbecue, rice in banana leaves, cold beverages and sweets like chips and cookies. Very often it was also possible to buy a warm meal, simple rice or noodle dishes e.g. fried rice with vegetables and egg was always a tasty and safe option :) During one bus ride a group of women entered the bus with chicken, fish and meat skewers but also with balut which other passengers seated behind us had  as a snack. Balut is a boiled egg with a developed duck (or chicken) embryo, which will likely turn some stomachs of Europeans and Americans not used to this :O However it is considered a delicacy by some, even so much that a few days ago a 63-year-old woman tried to take 490 balut eggs through customs on Singapore airport. Of course, she got caught and had to pay 7000S$ fee. 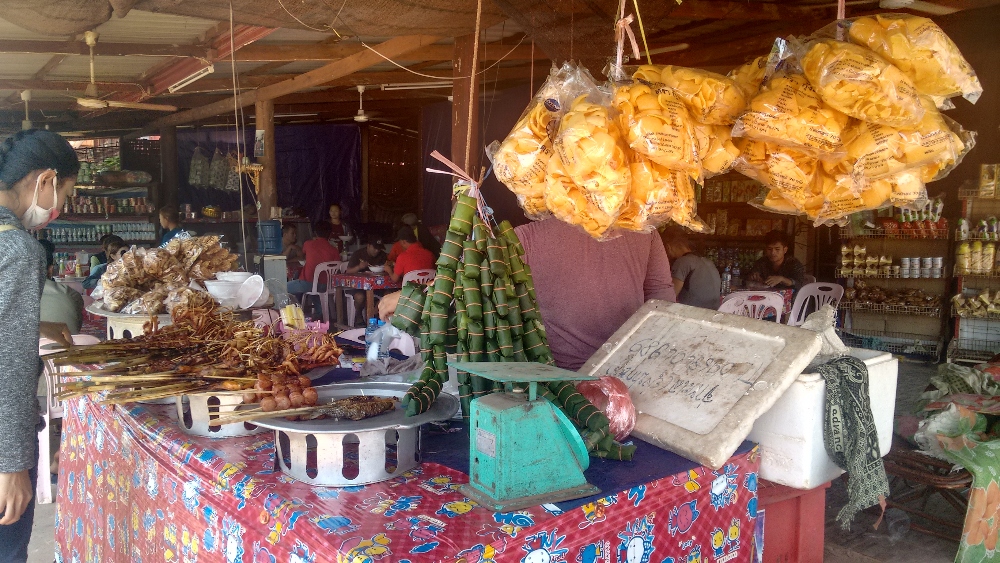 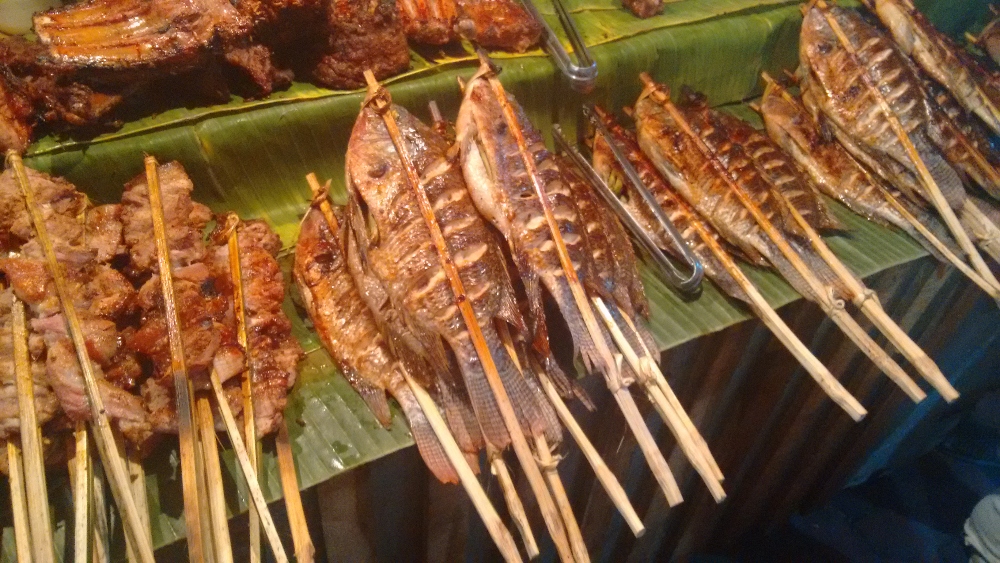 Food from the bbq you can find on every market (seafood, meat) or even buy during the ride on a local bus

I definitely recommend all sorts of delicious fruit shakes! I know fresh fruits are considered somewhat risky to have one but I couldn’t resist the taste and how incredible all this fruits look on a street stalls! :) It is always good to have a walk and try to peek how they are made on each stall, if they cut fruits using gloves, use bottled water… it should be all right. Pineapples, mangoes, papaya, they all taste differently than in Europe. Look at the second row from the top (right photo), huge mangoes! They literally weight always at least 0.5kg :O I got pretty addicted and had one almost every day :) 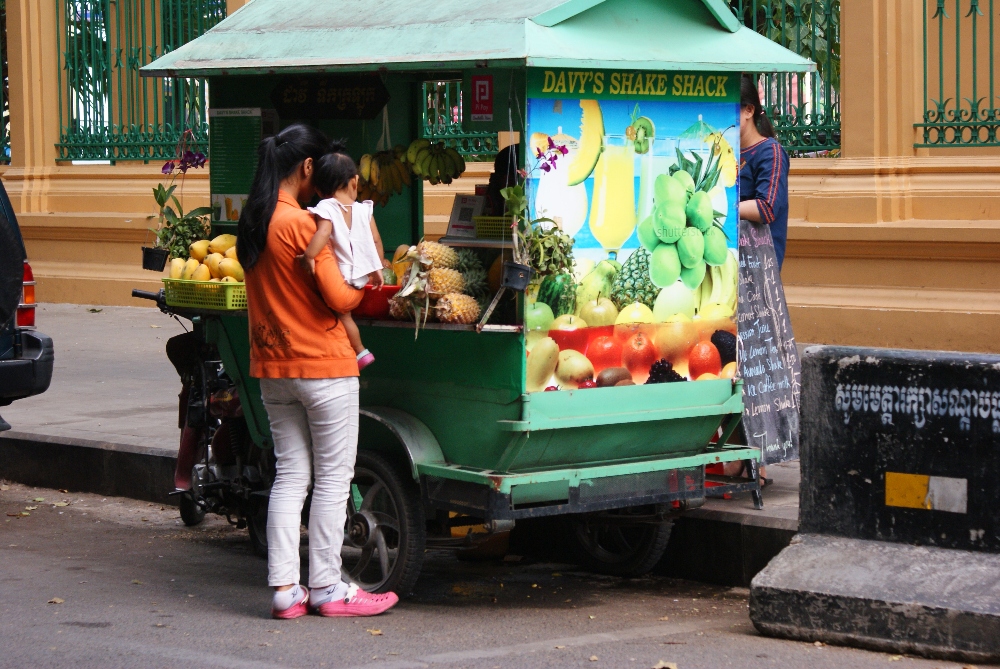 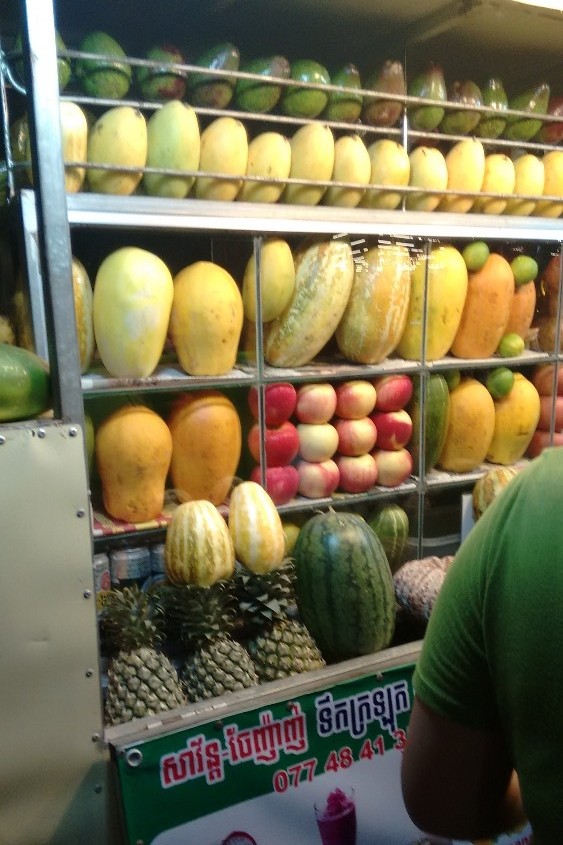 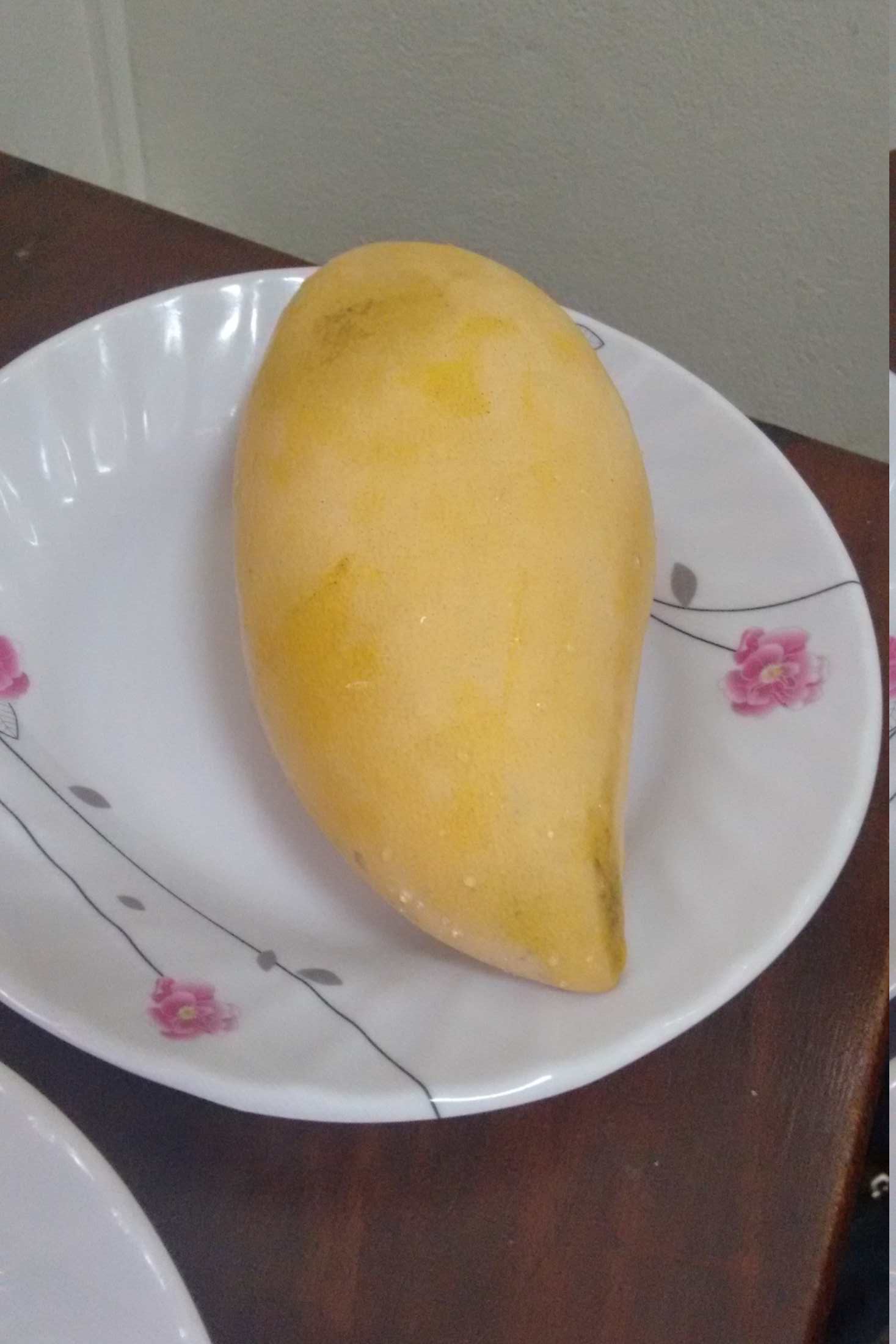